One of the largest types of cockroach 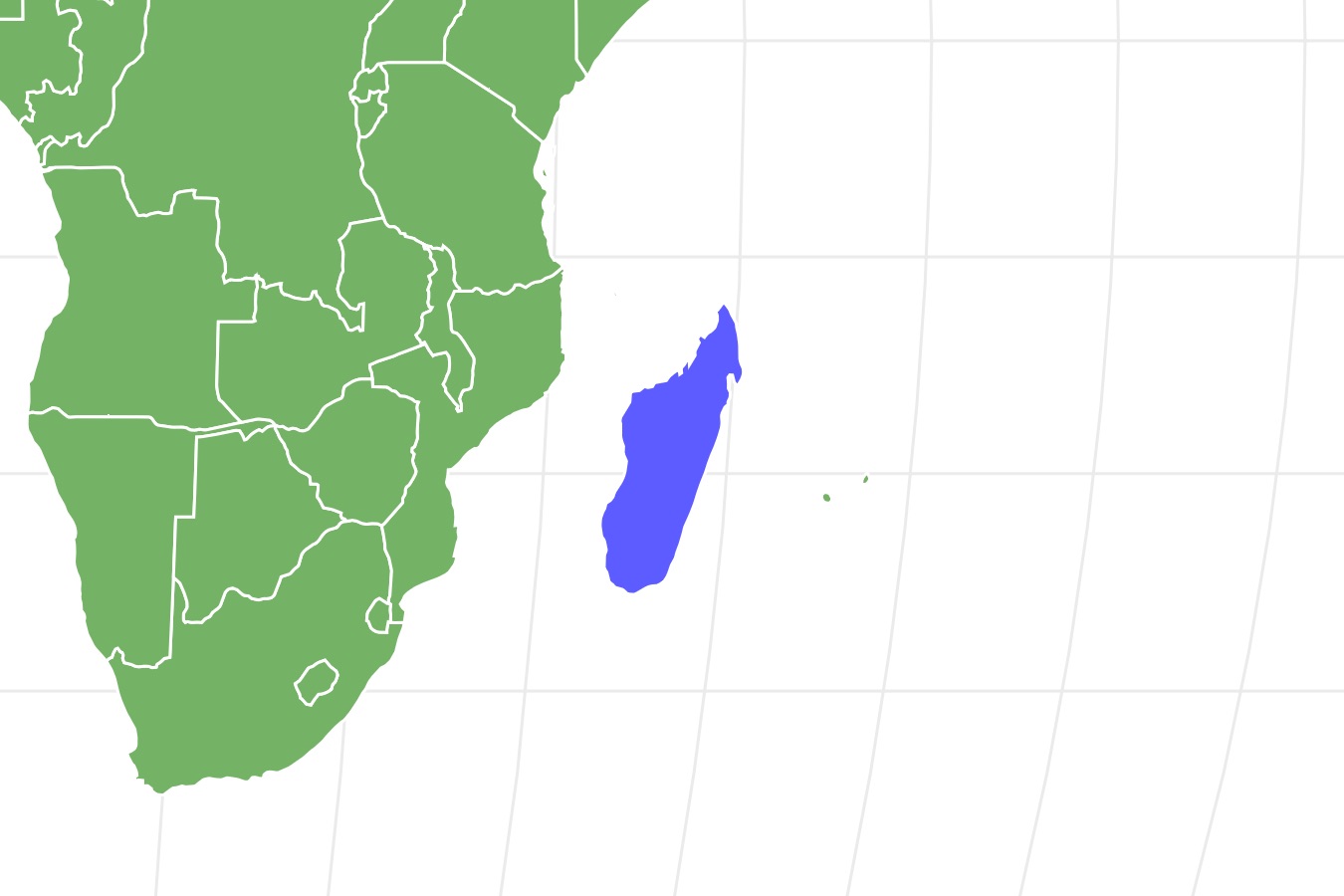 View all of our Madagascar Hissing Cockroach pictures in the gallery.

View all of the Madagascar Hissing Cockroach images!

“The Madagascar hissing cockroach is one of the most recognizable cockroaches on the planet.”

Madagascar hissing cockroaches don’t just make great pets, they’re also one of the most fascinating species of cockroach in the world. Native to the island of Madagascar off the coast of Africa, there are around 20 known types of hissing cockroaches—though scientists think there may be more just waiting to be discovered.

You may hear the word ‘cockroach’ and think of the scurrying, filth spreading creatures that plague our basements and kitchens. But, Madagascar hissing cockroaches are unique in that they do not invade our homes, nor are they considered a pestilential species of roach. In fact, out of nearly 5,000 cockroach species around the world, less than 50 are known as pests.

The Madagascar hissing cockroach (Gromphadorhina portentosa) may come from the island of Madagascar, but today they can be found all over the world in private homes and zoos. They’re immensely popular as pets due to both their gentle natures and entertaining hissing sounds. There may be many species, but only portentosa has gained prominence in pop culture and among entomology enthusiasts.

Most cockroaches have wings, even if they’re non-functional. Hissing cockroaches, however, are strictly ground-dwelling, and don’t even have vestigial wings. Instead, they have immense (relatively), oval-shaped bodies adapted for life on the ground.

Madagascar hissing cockroaches are one inch wide and 2-3 inches long; they’re about the length of the palm of your hand. Their heads are the darkest part of their body; they’re so dark brown that they’re almost black. This black fades gradually to an amber-colored rear end. In the cockroach world, they’re considered very aesthetically pleasing.

Males and females exhibit sexual dimorphism, meaning that males look different from females. Both have short antennae and six legs covered in short hairs, but only males have horns on their pronota (the hard shields that cover their heads). These horns are called pronotal humps; males use them to fight other males for territory and mating privileges.

Female hissing roaches give birth to live young, but that doesn’t mean that hissers don’t start out as eggs. Instead of laying the eggs, like a snake or a bird, the female hissing cockroach keeps the eggs inside her body during incubation. The eggs (up to 60 at a time) are further encased in an egg case called an ootheca within the female. The eggs hatch inside the female’s body, and she then births the live larvae. This process of reproduction is called ovoviviparity.

Once the baby hissers are born, they’re known as nymphs. Though adults are dark, nymphs start out translucent white and darken with each molt. Molting happens when the nymph sheds its exoskeleton to grow larger. Young Madagascar hissing cockroaches molt six times before reaching adulthood. Once they become adults, they don’t molt anymore.

Unlike urban roaches, which tend to live in colonies, hissing roaches are largely solitary. This is particularly true of males, who are territorial and will defend their territory against other males. Their favorite places to live include dead logs and patches of rotting vegetation; males will defend these areas, as well as challenge other males for females.

Unlike humans, who hiss with their mouths, hissers actually hiss with their bodies. But, unlike grasshoppers and crickets (who rub their body parts together to create sound), hissing cockroaches actually push air through tiny openings called spiracles. When the air passes through the spiracle, it produces the hissing sound for which hissing cockroaches are so famously known.

In the wild, the only place to find a Madagascar hissing cockroach is on the island of Madagascar itself. But, if you’re looking for a captive hisser, you probably don’t have to go far. Hissing cockroaches are not only popularly kept as pets, they’re also often sold as feeder insects for exotic pets like lizards and toads.

All species of cockroach are omnivorous. Some are frugivores and eat mostly fruit, while others are detritivores and eat mostly detritus like dead leaves and waste. Madagascar hissing cockroaches fall more on the vegetarian side of omnivorous; their favorite foods are dead leaves and rotting wood. In the wild, they both live in, and snack on, the fallen detritus of the forest.

What Eats the Madagascar Hissing Cockroach?

Hissing cockroaches are one of the largest species of roach; they make a great meal for creatures that snack on insects. These include reptiles like lizards and snakes, amphibians like frogs and toads, small mammals like hedgehogs and shrews, and birds. Additionally, in many parts of the world, humans cook and eat cockroaches. Hissing roaches are a popular choice for human cuisine; they’re large and densely packed with nutrients and protein.

Hissing cockroaches aren’t the only breed of large roach. The heaviest cockroach in the world is actually the Australian rhinoceros cockroach (Macropanesthia rhinoceros), also known as the giant burrowing roach. Where Madagascar roaches are found only in Madagascar, the rhinoceros roach is endemic to Australia.

And, of course—only the Madagascar hissing cockroach hisses.

Madagascar Hissing Cockroach as a Pet

If all this talk of adorable hissing cockroaches has got you craving a cuddly new, exoskeleton-bearing pet, then read on.

Hissing cockroaches can be widely purchased online and in exotic pet stores. If you plan on adding a hisser to your family, be sure to check out state guidelines first, some states require permits to own Madagascar hissing cockroaches.

Once you’ve got your new hissing roach home, you’ll want to get it set up in an adequately sized tank filled with reptile bark, coconut fiber, or damp sphagnum moss. Make sure you put a lid on the tank though—hissing roaches are able climbers and can grip most surfaces, even glass.

Be sure to keep a clean source of water in the tank for your roach. The tank should also be warm—between 75-85 degrees. No need to provide any special lighting though, hissing cockroaches are nocturnal, and don’t like to come out in the daytime. Feed your hissing cockroach fresh vegetables, high-protein pet food, and fruit. And, be sure to remove any uneaten food and keep the tank clean.