Click through all of our Manchester Terrier images in the gallery. 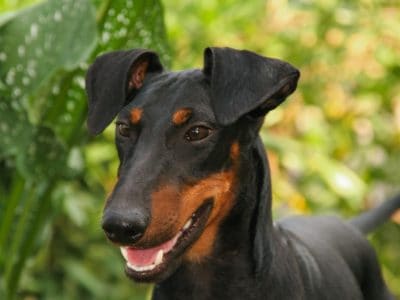 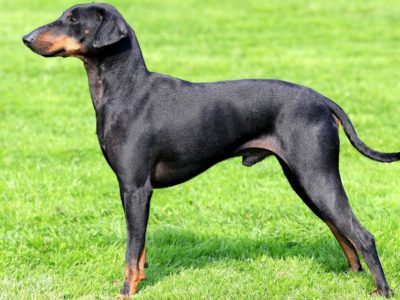 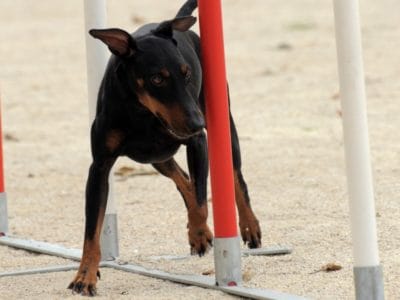 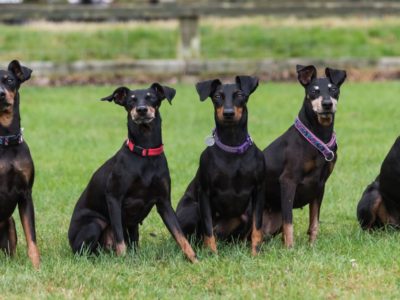 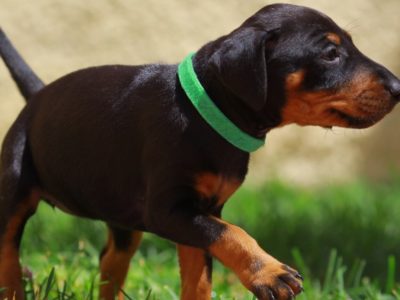 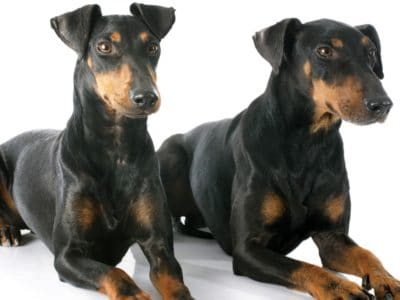 View all of the Manchester Terrier images!

Manchester terriers are excellent, attentive dogs that come in two sizes: standard and toy. The Sherlock Holmeses of the canine world, they’re impressively observant and intelligent. But unlike the famous fictional detective, Manchester terriers are good with children and outwardly affectionate with their humans. Plus, shedding isn’t a massive issue with the breed, making them easy additions to any household!

Active and adaptable, Manchester terriers are equally fit for game hunters living on country estates and city-dwellers with small apartments. Originally bred two be both good ratters for Manchester’s factories and companionable gentlemen’s hunting dogs, the breed came about crossing black and tan terriers with whippets. A longtime member of the American Kennel Club, the Manchester terrier was first inducted in 1887.

It’s not uncommon to find a Manchester mix among groups of rescues, and they make excellent additions to myriad families — even families of one. Manchester terriers are loyal, devoted, and enjoy life.

There are two types of Manchester terriers: standard and toy. In days of old, canine aficionados classified them as separate breeds. Today, cynophilists see them as two size options within the same breed.

As we’ve mentioned, Manchester terriers come in two sizes: toy and standard. However, the breed doesn’t exhibit height and weight “sexual dimorphism,” meaning the size range for both sexes is identical. Some sources may stipulate slight proportional differences between the ladies and gents, but the findings are negligible and inconsistent.

Standard-size Manchester terriers weigh between 12 and 22 pounds and stand between 15 and 16 inches at the shoulder. Puppies reach full size at 12 months.

Health and Entertainment for your Manchester Terrier

Toy-size Manchester terriers weigh between six and 11 pounds and stand between 10 to 12 inches at the shoulder. Puppies are full size after a year.

The Manchester terrier community’s most prominent health threat is juvenile cardiomyopathy, a fatal disease that affects heart muscles. In recent years, Manchester terrier breeders have been working diligently with vets to develop a genetic test for the condition.

Additionally, Manchester’s have greyhound ancestry. As such, surgeons should be careful administering anesthesia. The breed also may suffer from poor eyesight and patellar luxation, aka “loose knees.” Thyroid problems may also present themselves.

Manchester terrier rescues may be a mix. If so, different ailments may manifest. It’s always wise to take rescues to a vet ASAP for a complete blood workup. It’s worth the price to ensure your fur baby has all the meds and shots he or she needs!

With their sleek, watchful, and athletic traits, Manchester terriers are a great personality fit for active families and individuals. However, people thinking about welcoming one into their homes should understand the breed is known for its “ratting” behavior. In other words, they like to hunt small animals! So if you don’t want a dog that chases and kills mice and vermin, Manchesters are probably not the pups for you. On the flip side, apartment dwellers or rural residents who’d love an in-house mouser may welcome the behavior.

Besides their athleticism and anti-vermin instincts, Manchester terriers have loads of other desirable traits. Not only are they brilliant, but they’re devoted to their masters, love to have fun, and are appropriately discerning. Unlike other terrier breeds with dour personalities, Manchesters are eager-to-please and happy-go-lucky. So long as you do your part to keep them active and happy, a better best friend you will not find.

It’s important to understand, though, that a genetic legacy mix in any dog may alter its behavior and traits. Plus, temperament and behavior traits aren’t a guarantee. Like humans, all dogs have unique personalities.

How To Take Care of Manchester Terriers

People researching how to care for Manchester terriers, from puppy to old age, will be glad to discover that it’s a relatively healthy breed that requires little grooming maintenance.

The ideal diet for Manchester terriers is dependent on activity level, age, health, and weight. Plus, one’s budget should also weigh heavily in the calculation.

Manchester terrier puppy food: The hearts of some Manchester terrier puppies may be slightly weaker. To help mitigate this potential health hiccup, vets recommend high-protein puppy diets. Quality meats should be the main ingredients and the formula composed specifically for “growth,” “puppies,” or “all life stages.” For puppies of all breeds, foods with higher calcium contents are a good idea, as it helps their bones grow strong, which can prevent problems down the road.

Manchester terrier adult dog food: Adult Manchester terriers do best with high-protein foods. Avoiding recipes with lots of filler is wise. It’s simply not as nutritious. However, because of their active tendencies, Manchester terriers do well with blends that incorporate protein, fats, and carbohydrates. As a general rule of thumb, make sure whatever food you buy is approved by the Association of American Feed Control Officials.

One of the reasons Manchester terriers make great companions is their minimal grooming needs. Beloved as a “wash and wear” dog, they only need occasional baths every couple of months. And while Manchesters do shed, it’s infrequent.

To keep your Manchester pup looking dapper, a weekly wipe down with a damp cloth followed by a quick brushing with a hound glove does the trick.

What makes Manchester terriers so lovable can also make training them difficult. Their intelligence can morph into stubbornness, and their fun-loving personalities may interfere with training time. However, compared to other terrier breeds, Manchesters fall on the more manageable end of the scale.

Keeping Manchester terriers happy and healthy requires at least two walks a day. If you have time to throw a ball around the backyard, that’s also great. However, terriers don’t need wide-open spaces. The smooth-haired athletes thrive in apartments and farmhouses alike.

Besides screening for juvenile cardiomyopathy, a potentially fatal heart condition, Manchester terrier puppies don’t have specific care needs. However, they’re active and need more mental stimulation than many other breeds. Without it, you may come home one day to find your home ripped to shreds. To put it bluntly: if you don’t have the time and resources to commit a few hours a day to a Manchester terrier, you may want to consider another breed. Otherwise, your furniture may pay the price!

Early training is essential for Manchester terrier puppies. They can grow up to be overly aggressive when not socialized at a young age.

Are Manchester terriers good with children? It depends.

Puppies trained from an early age typically do well in family settings. Moreover, the breed’s athletic nature is a super fit for active clans. Plus, they’re fun-loving and playful — both inside and out — which is great for kids.

However, an untrained Manchester terrier may not be the best fit for families with babies, as they can be a bit stubborn and aggressive. At the very least, Manchesters should never be left alone with babies.

Manchester terriers are most similar to rat terriers, bull terriers, and whippets.

Popular names for Manchester terriers include:

How much do Manchester terriers cost to own?

The price range for a purebred Manchester Terrier is between $600 and $1,000. Their food and treats run about $80 to $120 a month. Grooming costs are negligible for Manchester terriers because they have short coats.

Are Manchester terriers good with kids?

Manchester terriers that are trained early do very well with kids.

How Long Do Manchester Terriers Live?

Manchester terriers live between 15 and 17 years.

What Is a Manchester Terrier?

A Manchester terrier is a dog breed that comes in two sizes: standard and toy. They’re intelligent, athletic, and loyal.

Can Manchester Terriers Be Left Alone?

Is a Manchester Terrier the Same as a Miniature Pinscher?

No, miniature pinschers and Manchester terriers are two different breeds — though they look remarkably similar.

How Much Do Manchester Terriers Cost?

The price of purebred Manchester terriers runs between $600 and $1,000.