"This docile snake is a popular and long-lived pet - though challenging to care for - with a lifespan of up to 21 years!" 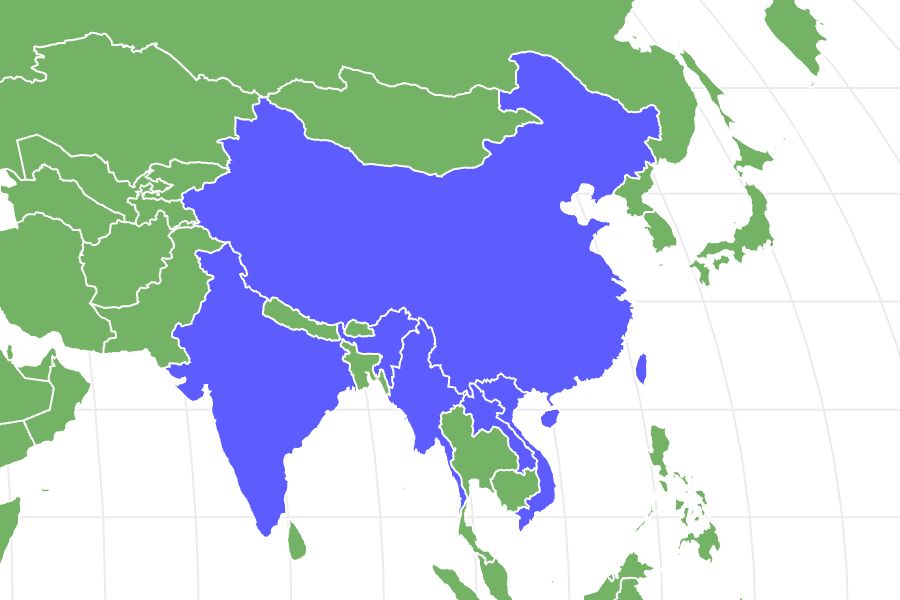 Prey
Mice, rodents
Fun Fact
"This docile snake is a popular and long-lived pet - though challenging to care for - with a lifespan of up to 21 years!"
Diet
Carnivore
Average Litter Size
5 to 34; 12 on average
Common Name
Mandarin rat snake

View all of our Mandarin Rat Snake pictures in the gallery.

View all of the Mandarin Rat Snake images!

“This docile snake is a popular and long-lived pet – though challenging to care for – with a lifespan of up to 21 years!”

Mandarin rat snakes are sought-after pets due to their calm, docile temperament and bright yellow bands. Originally from Asia, they are now kept as pets all over the world. Their diet consists of small rodents, and they often use rodent burrows for shelter. In captivity, they are often fed frozen rodents.

Where To Find Mandarin Rat Snakes

The Mandarin rat snake is endemic or native to Asia. Specifically, it can be found in the countries of India, Myanmar, Laos, Vietnam, Taiwan, and China.

Mandarin rat snake habitat includes both fields and woodlands. They like rocky areas, farms, areas with dense vegetation, and rice fields Basically, they like to live wherever their primary food source – rodents – live.

The climate in this range is cool with high humidity. In fact, Mandarin rat snakes have been found living at elevations from sea level to 3,000 meters (9,800 feet) above sea level. They are thus more tolerant of cool temperatures (68 to 77 degrees Fahrenheit) than are many other snakes.

If you want to see a Mandarin rat snake, though, the easiest way may be to visit your local pet store. They are a popular pet among reptile enthusiasts. These snakes are diurnal, meaning they are active during the day. They are likely to be out and about, exploring their well-designed enclosure.

The Mandarin rat snake’s scientific name is currently Euprepiophis mandarinus. It is in the class Reptilia (reptiles) and the family Colubridae.

Its scientific classification has been much debated for more than a century. In 1842, it was given the name Coluber mandarinus. It was changed to Ablabes pavo in 1912, Elaphe mandarinus in 1925, Elaphe takasago in 1930, and Holarchus roulei in 1933. Then, in 1943, it returned to a variation of a former name – Elaphe mandarina.

By 2002, genetic research on mitochondrial DNA prompted the change to its current scientific name.

Did you know? The term “Mandarin” refers to the Chinese language, hearkening back to this snake’s home territory.

Mandarin rat snake populations have not been evaluated, but they are listed as a species of least concern by the IUCN Red List.

Like most species, future threats include habitat destruction due to land development. Rising temperatures may also affect this snake.

How To Identify Mandarin Rat Snakes: Appearance and Description

Mandarin rat snakes have a striking appearance. Their faces are striped black and yellow like a honey bee. The body is gray, brown, or reddish morphs, with large black diamonds or saddles. Within each black diamond is a smaller yellow diamond. Unlike other snakes, its bright colors are not due to genetic morphs.

Unlike some other snake species, Mandarin rat snakes are not sexually dimorphic – males and females look the same. Size varies widely between individuals.

Mandarin Rat Snake Venom: How Dangerous Are They?

Mandarin rat snakes are not venomous. They are not considered dangerous. In fact, they are often kept as pets due to their docile temperament.

While lacking venomous fangs, the snakes do have teeth. If aggravated, they may bite, breaking the skin. A possible infection could result.

In the wild, Mandarin rat snakes are sky and secretive. They try to stay away from people. They are a diurnal species that are active during the day, primarily at dawn and dusk. They like to hide and hunt inside small rodent burrows.

If disturbed, the snake will attempt to flee. If this fails, it may hiss, spit, expel a pungent musk, or bite.

Breeding takes place in the spring. After breeding, the female typically lays three to 12 eggs. The eggs hatch after 48 to 55 days of incubation.

No, Mandarin rat snakes are not venomous.

How do Mandarin rat snakes hunt?

Mandarin rat snakes hunt mice and other small rodents. They enter rodent burrows, tracking the small animals. They are nonvenomous constrictors. After biting their prey, Mandarin rat snakes coil their bodies around the animal, squeezing it until it suffocates.

No, Mandarin rat snakes are not particularly aggressive. In the wild, they are shy and will flee from human contact. In captivity, they are docile and can become desensitized to being held.

Where do Mandarin rat snakes live?

In the wild, Mandarin rat snakes live in Asia. They occupy a wide range of habitats – farms, forests, and rocky fields with high humidity. They are present wherever mice, rats, and other rodents like to live.

Mandarin rat snakes are also kept as pets around the world.

What does a Mandarin rat snake eat?

In captivity, they are often fed frozen baby mice that have been thawed. Keepers at the Brandywine Zoo feed the Mandarin rat snakes in their care two to three small mice every other week.

According to Bowling Green State University, the Mandarin rat snake is a good pet snake for beginners. It has a docile temperament, requires no special lighting, and can be kept in a 20 to 30-gallon aquarium. It is one of the most popular rat snake species to keep as a pet due to its unique natural coloration.

Because it requires cooler temperatures and higher humidity than most snakes, care and keeping of Mandarin rat snakes can be a challenge. Wild-caught specimens often die in captivity, while captive-bred snakes fare better. They can also be difficult to acquire; most are offered by online breeders.

It should be noted that these snakes are escape artists. Young snakes often find ways to crawl out of their tanks.

Price can also be a hurdle to keeping this snake. Though the price varies widely, $150 to $400 USD is the usual price range for this snake.

How big do Mandarin rat snakes get?

Typically, Mandarin rat snakes grow to a length of 2.5 to 5 feet. The longest full-grown snake on record was 6 feet in length.