Although Neanderthals were at the top of the food chain, their demise was likely hastened by a newcomer on the scene: modern humans.

Neanderthals, the oldest extinct human relatives, existed between 400,000 and 40,000 years ago. Since the first Neanderthal fossils were discovered in 1829, extensive research has been performed to determine how these hominids were related to and interacted with modern humans. They appear to have existed concurrently with modern humans, and their eventual extinction may have had a lot to do with the rise and spread of Homo sapiens as a competing species.

Commonly known as Neanderthals, the scientific name for this species is Homo neanderthalensis. The name is derived from one of the earliest sites where Neanderthal fossils were discovered – the Neander Valley, which is located near modern-day Dusseldorf, Germany. In German, the word tal means “valley.” The word Neanderthaler roughly translates to mean “inhabitant of the Neander Valley.”

The valley in Germany that this species is named for was itself named after Joachim Neander, a German theologian and teacher.

Neanderthal skulls were low-vaulted and had large orbital and nasal openings. Their brow ridges were prominently arched, and the occipital region of the skull – near the rear and base – was pronounced in order to anchor the large muscles of the neck. Their front teeth were larger than those of modern humans, but their premolars and molars were of similar sizes. They also had receding chins.

Neanderthals appear to have had larger diaphragms, which suggests higher lung capacities. Their chests were more pronounced, and their spines were less curved than those of modern humans. Modern Inuit and Siberian Yupiks, who live in Arctic climates, are believed to have similar builds as Neanderthals.

In terms of behavior, Neanderthals likely lived in groups of between 10 and 30 individuals, and these groups probably did not interact often with each other. However, there is some evidence that conflict occurred between groups; many Neanderthal fossils have fractures and other signs of injury.

It is believed that Neanderthal groups moved between certain areas depending on the season and that later generations continued visiting the same locations as their ancestors across extensive periods of time. They were likely ambush hunters, meaning that they probably bided their time before descending upon their prey. Clear evidence of their hunting prowess can be found in finds like sharpened wooden spears and large numbers of big game remains at habitation sites.

Neanderthals engaged in the Mousterian stone tool industry and were able to construct sophisticated flake tools that were detached from prepared stone cores. These tools were used for hunting, sewing and other activities. Based on asymmetries between their left and right arms, they likely hunted by thrusting their weapons rather than throwing them.

These early humans likely had a complex language that was similar to that of modern humans. It is believed that they cared for injured members of their social groups and buried their dead. They also developed non-utilitarian items, including ornamental ones that were dyed with natural pigments, and they were able to sew loosely fitting garments out of animal hides.

Neanderthals primarily lived in Europe and southwestern to central Asia. Evidence of Neanderthal campsites has been found as far north as Belgium and as far south as the Mediterranean Sea. It is believed that Neanderthals thrived in forested areas that featured abundant limestone caves. Their heyday occurred before and during the last ice age of the Pleistocene Epoch, which was certain to be a very cold and unforgiving environment.

Their hearths were close to their resting and sleeping areas, suggesting that they used the same campsites repeatedly over extended periods of time. They also appear to have had campsites that were specifically used for shorter term hunting trips, and some of their campsites were likely used on a seasonal basis.

Neanderthals were skilled big game hunters and also ate considerable amounts of plant materials. Because availability of plant foods dropped during the winter in colder climates, these early humans were likely forced to exploit other options, leading to their preference for meat. They were specialized seasonal hunters, eating whatever was available at the time. In the winter, they likely subsisted largely off of reindeer; in the summer, they primarily consumed red deer.

These early humans primarily hunted hoofed animals; in addition to red deer and reindeer, their prey likely included other Pleistocene megafauna like wild boars, wooly rhinoceroses, ibexes, cave bears and brown bears. It is also believed that they hunted and consumed tortoises, rabbits and many species of ground-dwelling birds. In coastal areas, evidence has shown that they also exploited marine resources; it is believed that they consumed shellfish, blue fin tunas, sea urchins and even dolphins.

Isotopic chemical analyses of Neanderthal fossils has shown that their diets consisted of large amounts of meat. However, plaque in their molar teeth also shows that they consumed plenty of plant materials as well. Primarily forest foragers, Neanderthals likely enjoyed plant foods like mushrooms, moss and pine nuts. They are also believed to have consumed edible grasses, and it appears that they cooked plants like legumes and acorns through processes like roasting, boiling and smoking.

Neanderthals were likely apex predators. Also known as alpha predators and top predators, this means that they were at the top of the food chain. However, it is believed that they had to compete with large ice age predators for their favorite foods. They most likely spent a lot of time fending off cave lions, cave bears and even leopards to gain access to prey like horses, wild cattle and deer.

Interestingly enough, Neanderthals may have been threats to themselves. Evidence shows that the species engaged in cannibalism, and undisputed examples of this are abundant. However, their precise reasons for engaging in cannibalism are not known. They may gave done so for ritualistic purposes, or they may have engaged in pre-burial de-fleshing. Neanderthals also may have resorted to cannibalism during extended periods of food shortage or during times of war.

Ultimately, Neanderthals’ biggest threat probably came from modern humans. Both species – Homo neanderthalensis and Homo sapiens — appear to have evolved from a common ancestor that existed roughly 700,000 to 300,000 years ago. Both species are believed to have existed simultaneously for a period of approximately 30,000 to 50,000 years. Although evidence shows that they likely interbred with modern humans, Neanderthals were a distinct branch of the human family tree.

It is believed that modern humans were able to outperform and outcompete Neanderthals but didn’t necessarily exterminate them. As forested areas gave way to open steppes and grasslands during periods of climate change, modern humans were given a leg up over Neanderthals. Therefore, Homo sapiens likely indirectly contributed to the extinction of Homo neanderthalensis.

It is believed that the majority of Neanderthals – roughly 80 percent – died well before the age of 40. The mortality rate for infants was also very high and is estimated to have been around 43 percent.

Because the total Neanderthal population never grew too large, these early humans likely engaged in high levels of interbreeding. This means that parents were likely typically close relatives. The resulting genetic abnormalities likely contributed to the high infant mortality rates.

Evidence shows that Neanderthals likely mated with Homo sapiens. In particular, the “love child” of a Neanderthal and modern human that was discovered in Portugal likely existed roughly 24,500 years ago. Modern Europeans typically have about 2 percent Neanderthal DNA, which also supports the idea that modern humans interbred with Neanderthals.

Neanderthal babies faced harsh environments; many that survived past childbirth still likely perished at young ages. It appears that infants were weaned by their mothers around the age of 2.5 years, and they were likely then required to go to work immediately as hunters or gatherers. Evidence shows that Neanderthal infants frequently suffered from lead poisoning. At birth, their brains were sized similarly to those of modern human infants, but their brains grew more quickly and became larger during childhood.

The modern population of Neanderthals is zero. Even when they existed, they descended from a very small population with an exceedingly small effective population – the number of members who can bear children – of roughly 3,000 to 12,000 individuals.

Ultimately, the highest total number of Neanderthals is believed to still have been 10 times smaller than that of contemporary populations of modern humans in Western Europe. Their populations were likely kept low due to the Boserupian Trap, which means that population growth was limited by scarcities of food.

Click through all of our Neanderthal images in the gallery. 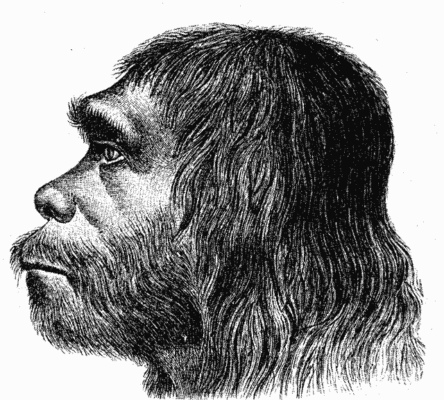 View all of the Neanderthal images!

Were Neanderthals carnivores, herbivores or omnivores?

Evidence strongly suggests that Neanderthals were omnivores and likely consumed both animals and plants. It is believed that they may have originally favored plants but turned to meat during periods when plants weren’t able to grow.

What is the difference between Neanderthals and humans?

Neanderthals and humans are believed to have descended from a common ancestor that existed between 700,000 and 300,000 years ago. They both belong to the same genus — Homo — and they appear to have inhabited the same areas of Western Asia for approximately 30,000 to 50,000 years. Although they interbred with non-African modern humans, Neanderthals formed a distinct branch on the human family tree. This means that humans and Neanderthals are different species.The two species share many similarities, but Homo sapiens were better able to adapt to different environments. Their brains were more complex, allowing them to develop advanced tools and to compete more effectively for resources.

Where did Neanderthals evolve from?

Neanderthals and modern humans shared a common ancestor until about 430,000 years ago. That ancestor, Homo heidelbergensis, likely became split into two branches — Homo neanderthalensis and Homo sapiens — due to a single, major environmental event that caused them to rapidly increase in body size. Their heads likely lengthened quickly during this period. However, it’s equally plausible that the split happened through accretion, or a slow evolution, that involved roughly four stages.

What is a Neanderthal?

A basic Neanderthal definition is as follows: Neanderthals are the closest extinct human relative. Contrary to what many believe, they did not evolve to become modern humans; rather, their evolution split apart from a common ancestor that they shared with Homo sapiens between 700,000 and 300,000 years ago. They existed between 400,000 and 40,000 years ago, when they became extinct.

What Kingdom do Neanderthals belong to?

Neanderthals belong to the Kingdom Animalia.

What phylum do Neanderthals belong to?

Neanderthals belong to the phylum Chordata.

What class do Neanderthals belong to?

Neanderthals belong to the class Mammalia.

What family do Neanderthals belong to?

Neanderthals belong to the family Hominidae.

What order do Neanderthals belong to?

Neanderthals belong to the order Primates.

What genus do Neanderthals belong to?

Neanderthals belong to the genus Homo.

What type of covering do Neanderthals have?

Neanderthals are covered in Smooth skin.

In what type of habitat did Neanderthals live?

Neanderthals were found worldwide near rivers.

What did Neanderthals eat?

What were some predators of Neanderthals?

What is an interesting fact about Neanderthals?

Neanderthals roamed Asia and Europe for around 100,000 years!

What is the scientific name for the Neanderthal?

The scientific name for the Neanderthal is Homo Sapiens Neanderthalensis.