Norwegian Lundehund as a Pet:

Click through all of our Norwegian Lundehund images in the gallery. 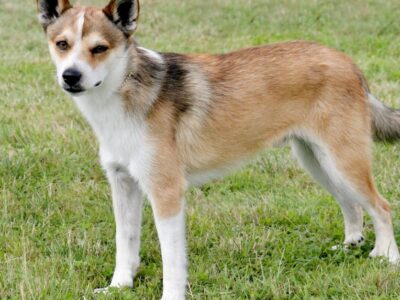 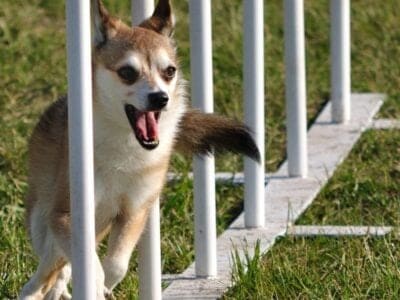 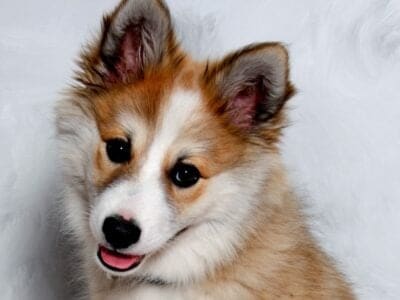 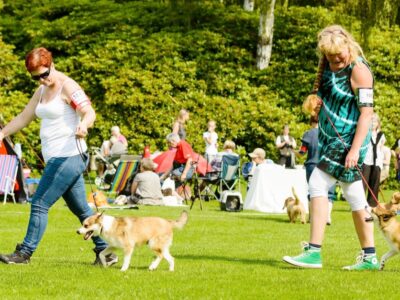 View all of the Norwegian Lundehund images!

The Norwegian Lundehund (which essentially means puffin dog or puffin hound in Norwegian) is a small breed, originating from the island of Vaeroy just off the coast of its native Norway. With a long history stretching back hundreds of years, perhaps as far back as the Viking Age, the Lundehund’s isolated life on this small island location of less than a thousand people enabled it to evolve a very specialized lifestyle of puffin hunting.

While very obscure and not well-known (it ranks near the bottom of the AKC’s popularity list), it might be one of the most unusual breeds in the entire world. Unfortunately, successive viral outbreaks in the middle of the 20th century nearly drove this breed to extinction. From a small population of only six remaining dogs, breeders carefully rehabilitated this breed, but it remains rare, both in Europe and the United States.

The Norwegian Lundehund belongs to the spitz family: these are northern-type dogs with similar physical features and temperaments. The Lundehund is characterized by triangular and erect ears, a prominent snout, and a curved tail, reaching toward the back. The thick double coat, which consists of a moderately shedding rough outer coat and softer undercoat, is marked with black, gray, reddish-brown, white, or yellow colors. One feature completely unique to the Lundehund is the presence of six toes.

The Norwegian Lundehund was highly valued in some parts of Norway for its history as a working animal and puffin hunting dog. Its six toes, flexible body, and keen senses enabled it to reach inaccessible nesting sites in cliffs and caves where the puffin liked to reside. Both the puffins and their eggs were common sources of food on the otherwise isolated and rocky northern islands. Puffins are now illegal to hunt, but this breed lives on today as a friendly household companion.

3 pros and cons of owning a Norwegian Lundehund

The Norwegian Lundehund is a small breed with a stout and rectangular body, short height, and elastic neck.

The Norwegian Lundehund suffers from several health problems, including eye disorders, cancer, and patellar luxation (essentially, a loose kneecap). Some dogs may also suffer from gastroenteropathy or inflammation in which the digestive tract has trouble absorbing nutrients from food; in its most serious manifestation, the dog might be unable to absorb enough nutrients to survive.

Health and Entertainment for your Norwegian Lundehund

Unfortunately, because all modern dogs descended from a stock of only six in the 20th century, it is still suffering from the effects of a population bottleneck. This can sometimes manifest in higher rates of puppy mortality and inheritable conditions. A healthy member of this breed has a typical lifespan of 12 to 15 years, but with some bad luck, its lifespan might be cut short prematurely by inheritable problems.

For any dog breed, but especially for the Norwegian Lundehund, finding the right breeder is absolutely critical. It could make all the difference in the dog’s health. Good breeders will have their dogs evaluated for vision and kneecap issues so they’re properly certified. Regular appointments at the vet will help to ensure a long and healthy life as well. In summation, these are the most common health problems with this breed:

The Norwegian Lundehund is a friendly and loyal canine companion with a big personality that belies its small stature. It is fairly energetic, hard-working, athletic, protective, and even just a bit mischievous. Highly alert and keenly aware of its surroundings, this dog will raise the alarm if it senses anything amiss. In order to keep it occupied, owners should plan out its activities for the entire day. If left to its own devices, it might have a tendency to become bored and engage in bad behavior.

How to Take Care of the Norwegian Lundehund

The Norwegian Lundehund is a medium to high maintenance dog. While some aspects of its care aren’t too onerous, its training could be a challenge for even experienced owners. It also needs plenty of space and doesn’t adapt very well to apartment living. Only dedicated owners may want to apply.

The Lundehund will need a few cups of high-quality dog food per day, depending on its size and energy level. Because some dogs may have trouble absorbing nutrients, it might be a good idea to prepare a high-protein, low-fat diet, whether homemade or commercially available. This should be combined with supplements and medication prescribed by your vet. It will probably need regular blood work and fecal tests over the course of the dog’s lifetime to check for nutritional deficiencies.

Although shedding does occur regularly, the Lundehund should be quite easy to properly care for. It will need to be brushed about once a week to remove debris and lose hairs. Bathing is rarely necessary unless the dog is particularly dirty. However, the ears should be regularly inspected for signs of infection or debris and then cleaned out accordingly. The nails should be trimmed regularly, perhaps once a month, to prevent cracking or discomfort. Finally, the teeth should be brushed quite often. You can devise a plan with your vet for how to take care of the teeth.

As a smart, eager, and loyal breed, the Norwegian Lundehund is a capable and voracious learner. However, because it does have some stubbornness and sensitivity issues, owners should never use harsh training methods. Positive reinforcement will always work best. While you never want your dog to get away with bad behavior, some leeway and patience are definitely required.

This breed will probably need somewhere between 30 minutes and an hour of exercise per day. A long, vigorous walk, combined with ball games and play sessions, should be enough to satisfy its moderate energy requirements. Since this breed does have a prey drive, you should be careful about letting it off the leash. You should ideally have a big yard with a high fence to let it run around freely. But keep an eye on it, because this dog is an expert escape artist.

Early socialization and training are absolutely necessary with these puppies. Since a poorly trained dog can become mistrustful of people, classes are highly recommended to ensure a well-behaved adult. Introduce it to plenty of new people and situations; parks, daycare, and play dates all work well. Housebreaking could also be an ongoing issue throughout the dog’s entire life. Crate training is recommended both for housebreaking and other behavioral issues. The crate offers a safe space for puppies to relax and sleep. It could prove to be useful even after the dog reaches adulthood.

The Norwegian Lundehund and Children

A properly trained Norwegian Lundehund should get along quite well with children of all ages. For best results, this breed should be raised with children as early as possible. Adults should always be present to supervise interactions with children.

Dogs Similar to the Norwegian Lundehund

The Norwegian Lundehund is unfortunately quite an obscure breed. There are few famous examples anywhere in the world.

Popular Names for the Norwegian Lundehund

If you’re still struggling to come up with some good names, then here are a few appropriate (some Norwegian-inspired) suggestions:

View all 26 animals that start with N

How much does a Norwegian Lundehund cost?

The price of a new puppy may cost an average of $2,000. Rarity is a significant factor in its price. Demand can often outstrip the actual supply of dogs. The quality of the breeder and the health of the dogs are also important factors in the cost. Be cautious about breeders who will try to significantly undercut the price. Always ask them to provide proof that their dogs have been certified by health experts.

How big are Norwegian Lundehunds?

This is a relatively small breed. It usually measures somewhere between 12 and 15 inches tall and weighs between 20 and 30 pounds.

Is a Norwegian Lundehund rare?

Yes, this is a very rare breed, unlikely to be found outside of highly specialized breeders. The best way to get in contact with a breeder is either through the American Kennel Club Marketplace or the Norwegian Buhund Club of America. Unfortunately, adoption may not be available as an option, no matter your location.

How many Norwegian Lundehund are there?

It’s estimated that only about 1,400 dogs remain: 600 of them in Norway and 350 in the United States. The rest of them are scattered throughout Europe and other locations around the world. Because of a severe population bottleneck in the mid 20th century, this breed has a limited genetic pool. This may affect its health and lifespan.

What is special about the Norwegian Lundehund?

The Lundehund is one of the very few dogs with five or six toes on all four feet. It also has a rather elastic neck that has enabled the dog to touch the top of its head to its back or turn around easily inside of narrow passages. Over its long history, these characteristics have helped it become an expert at puffin hunting.