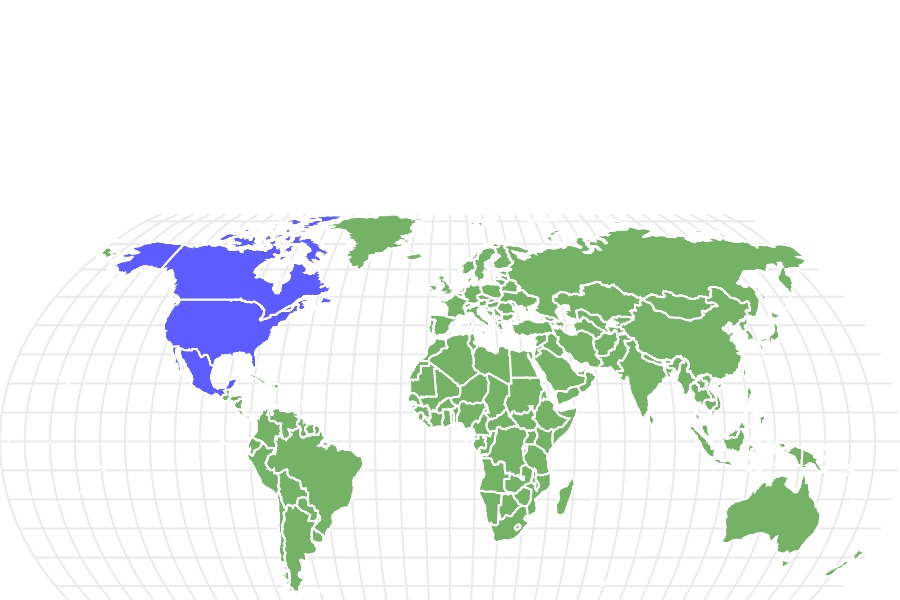 View all of our Smooth Green Snake pictures in the gallery.

View all of the Smooth Green Snake images!

The smooth green snake is sometimes found in large groups of other snakes when it’s resting or hibernating.

The smooth green snake, also known as the grass snake, is among the most common snake species in all of temperate North America. They are not considered to be poisonous to people at all. Smooth green snakes make good pets because they don’t require too much care and the price isn’t expensive. Because they’re difficult to feed and handle, however, they are not necessarily recommended for beginners. This article will provide a thorough description of their appearance, behavior, and care.

Where to Find Smooth Green Snakes

The smooth green snake can be found in grasslands, meadows, marshes, and open woodlands across North America, particularly in New England and the Great Lakes region; the greatest western extent of their range stretches out to Wyoming. It prefers to stay in areas with plenty of grass and vegetation where its camouflage provides a very useful defense against predators. It comes out during the day to bask near rocks or logs, which double as a hiding spot. It also has the ability to climb in trees and bushes to evade predators. The three countries in which it’s found include:

The smooth green snake is considered to be a species of least concern by the IUCN Red List. Population numbers have never been properly estimated, but it appears that habitat loss and pesticide use have contributed to the decline of their population in some parts of their range.

The smooth green snake or grass snake is a very short and slender species, measuring no more than 26 inches long. It is characterized by a bright emerald green back and yellow or white underside. And unlike the closely related rough green snake, this species has smooth scales along the surface of the back. There is some minimal variation in the color between different regions; some have olive or light brown skin color. Some are also said to have blue speckles. Females are generally larger than males, but they have shorter tails.

The following description should help you identify the smooth green snake:

Smooth Green Snake: How Dangerous Are They?

The smooth green snake or grass snake is fairly timid and shy around people. They have a natural instinct to run away and hide. If you plan to keep one as a pet, then you should be aware that they can become stressed easily and do not always like to be handled. On the plus side, this snake is completely harmless, and it’s considered to be relatively easy to care for (except perhaps for its feeding behavior).

The smooth green snake is not poisonous or venomous in any way.

How do smooth green snakes hunt?

Smooth green snakes locate prey through their vision and excellent sense of smell. They also have the ability to detect vibrations through the ground. These snakes will strike quickly and swallow its prey whole without biting.

They are not considered to be aggressive toward people at all.

Where do smooth green snakes live?

They live in grasslands, meadows, marshes, and open woodlands throughout temperate North America. They are most commonly found in the northeastern part of the United States, but some scattered populations are found out in the western US.

What do smooth green snakes eat?

Their diet mostly consists of insects such as crickets, grasshoppers, beetles, and centipedes. They also consume spiders, snails, slugs, and frogs. In captivity, it is a good idea to feed your pet snake a combination of store-bought insects, worms, and other soft-bodied food about once or twice a week for a 20-minute period. Dawn or dusk is usually the most natural period. However, the smooth green snake can be a little difficult to feed in captivity, because they sometimes show no interest in food. It is a good idea to feed your snake in a quiet room with minimal stress and noises.

They are considered to be fairly tame around people, but they can also become stressed easily and don’t necessarily like being handled.

Can you have a smooth green snake as a pet?

Yes, the smooth green snake does make a good pet. They can be purchased for a relatively cheap price and don’t require too much care or upkeep, but keep in mind they don’t like to be handled very often. These snakes require at least a 30-gallon tank with live plants, a clamp-down lid, and plenty of vertical space for climbing. They also need a heat bulb or ceramic heater with a suggested temperature gradient of 70 to 80 degrees Fahrenheit, and the humidity should be set at around 40 to 50 percent at all times. A reptile carpet or newspaper usually works best as a suitable substrate, because they won’t ingest the material. A UV light used 12 hours a day is also recommended. The annual price of food and equipment could add up to a few hundred dollars per year.