Volpino Italiano as a Pet:

Click through all of our Volpino Italiano images in the gallery. 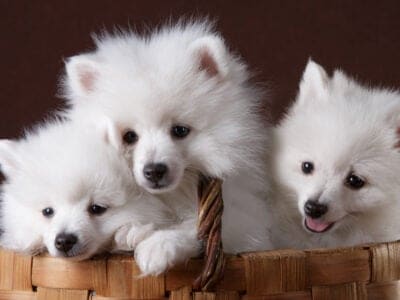 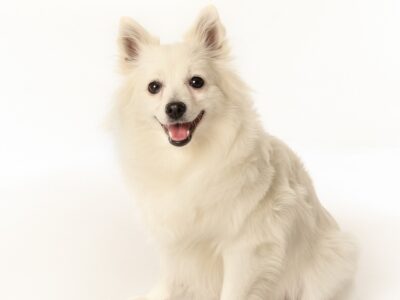 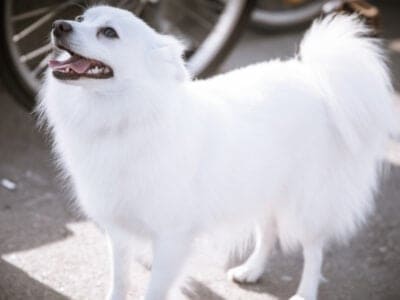 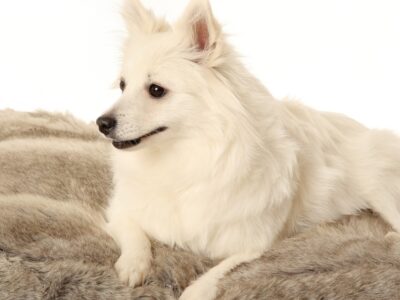 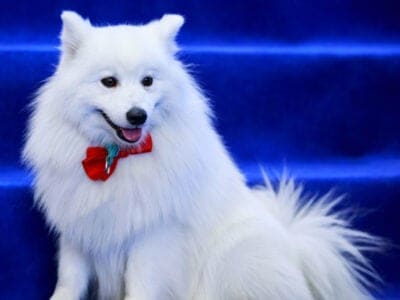 View all of the Volpino Italiano images!

Straight from Italy, the Volpino Italiano isn’t quite as popular as some other breeds, but it has a friendly, active, and intelligent demeanor. It dates back to ancient Europe, though there are only a few thousand left in the world. As a companion dog, the small nine pound pup loves to be a couch potato as much as they love to run outside.
With a sweet and exciting temperament, anyone lucky enough to find a Volpino Italiano is among a select few.

Both the Volpino Italiano and the Pomeranian come from the Spitz family and cost about the same, but there are a few differences between the two. The Pomeranian is about half the weight of the Volpino, though they both can reach 12 inches tall. The Volpino is not as smart, but they like to wander more than the Pomeranian.

3 pros and cons of owning a Volpino Italiano

The Volpino Italiano, also known as simply Volpino, is quite small and rare. The weight and height vary slightly between males and females, as the former is just a bit larger. While males stand about 11-12 inches tall, females only reach a height of no more than 11 inches. Their weight is also similar but the male leads at 9.9 to 12 lbs. The female is just 9 to 9.9 lbs. at their full weight.

The Volpino Italiano has very few health risks. In fact, the reason that they almost went extinct (despite their long lifespan) had nothing to do with their health – it was a lack of interest in perpetuating the breed in Italy. Still, by knowing their predisposition to certain conditions, you keep your dog much healthier.

One of the most common health issues that the Volpino deals with is primary lens luxation, which is hereditary. The eye disease eventually causes pain and blindness. Their eyes may also be impacted by cataracts, causing a cloudy layer over the lens and impairing vision. It blocks out light from the retina, though it may be possible to break up the cataract with the use of an ultrasound at a vet’s office.

Patellar luxation is concerning for the Volpino Italiano because there’s no symptoms in some dogs. Others show how much pain they are in with limping and lameness. This condition can lead to surgical correction, but it is not fatal for most dogs.

Health and Entertainment for your Volpino Italiano

Overall, this dog could be at risk for the following health concerns:

The rareness of the Volpino Italiano has not lost its vivacious personality along the way. This small dog always seems to be up to something, though they are quite playful with all family members. They even have a good relationship with other dogs and cats to entertain themselves. They can be a little more vocal than other breeds with their barking, getting a bit noisy when someone comes in the house, or they disagree with their commands. Still, a little training can get rid of the behavior.

Though it isn’t likely that the Volpino will have the same “small dog syndrome” behavior that other dogs of this size might have. However, it is best to keep an eye out for certain personality changes, like random aggression or a refusal to behave.

Even as the night winds down, this dog just wants to curl up with someone and fall asleep with someone who shows how much they care. They bond with their family more than anyone else, so they might have more standoffish behavior with strangers.

How to Take Care of Volpino Italiano

Taking care of the spritely Volpino Italiano involves multiple considerations for their food, grooming, training, and even exercise. Even as a puppy, take note of these tips to make sure that you raise your dog right.

High-quality dog food – whether it is made at home or purchased from a store – is a must for the Volpino Italiano. Their metabolism is quite fast, so they need enough calories to support it. Since their size varies, find a brand that specializes in toy dog breeds, and consult with a vet to ensure that you don’t overfeed or underfeed your pet.
Always have fresh water available to keep this breed hydrated.

With a fluffy double coat and a dense undercoat below, the necessity to groom the Volpino Italiano is clear. Though you might expect to spend hours at a time, that’s not the case at all. By brushing two to three times a week, the dead hairs in their coat come out before they start shedding at all. If you want to do all of this grooming at home, make sure to buy a pin brush, a slicker brush, a de-matter, and a comb.

Baths only need to occur occasionally, allowing your dog to go a few months at a time between shampooing. Too many baths cause incredible dryness and irritation in the skin, which is difficult to combat.
Trimming their nails regularly also prevent injury or splitting.

Training a Volpino Italiano can be rather easy, considering that they’ll show off and obey for just a small treat. Positive reinforcement is necessary while training, though you’ll still only get about 15 minutes of focus. Training them while they are still young is the best way to get them used to the commands, but even the older dogs of this breed work hard to learn with the right incentive.

The Volpino Italiano is known for their active and excitable temperament, and you’ll need to be able to keep up with them. With their fast nature, any activity that challenges their body and mind is the best for their behavior. Having space to run is crucial, even though their small size may lead you to believe that they are perfect for apartments. If you want to keep them happy inside, they’ll need a major basket of toys to stimulate them, plus regular walks.

Make sure not to leave them outside all day. As happy as they will be to roam, their coat is heavy and warm. They need to be kept in cooler environments to prevent overheating and they need time with their owner.

Caring for a Volpino Italiano puppy isn’t much different from caring for an adult. They’ll still need the high-quality dog food that adults need, but most brands offer a puppy variation. Training and socialization at an early age are best, making them more comfortable with taking after an alpha owner. The average Volpino gives birth to four to six puppies in one litter.

The best part about this dog is how good it is with the whole family. However, supervision around small children is crucial. They are rather small animals, and children tend to pick them up without being aware of how much damage can be done if they are dropped. As friendly as they are, an adult should be in the room at all times to keep the dog from being hurt.

If the Volpino is the wrong dog for your home, consider adopting a Pomeranian, a German spitz, or an American Eskimo dog.

With fewer than 3,000 dogs left in this breed, it has still left a mark in history. They aren’t quite known to Hollywood elites or on the movie screen, but legend has it that Michelangelo owned a Volpino Italiano that spent time with him while he created his famous works of art.

It is rumored that Queen Victoria of England also liked to keep this breed of dog around.

Some of the common names for small dogs like the Volpino Italiano include:

View all 9 animals that start with V

What is a Volpino Italiano?

This rare breed is found only in the thousands around the world. With a fluffy white coat and triangle-shaped ears, this Italian breed is genetically similar to the Pomeranian and German Spitz alike. They have a playful, affectionate, and active temperament. Their coat comes in many colors, like white, black, red, champagne, fawn, and honey.

How much is a Volpino Italiano?

The average price of a Volpino Italiano is $800 from a breeder.

Does a Volpino Italiano shed?

Yes. However, shedding is easy to minimize if the user brushes the Volpino 2-3 times a week.

How rare is a Volpino Italiano?

This breed is incredibly rare. There are currently about 3,000 left in the whole world.

How long do Volpino Italiano live?

The average lifespan of this breed is up to 16 years.

How much does Volpino Italiano cost to own?

The Volpino Italiano starts at a price of $800 to adopt from a reputable breeder. However, their annual price for expenses (including medical costs, food, and other concerns) average about $705 to maintain.

Is Volpino Italiano good with kids?

Yes. This dog is incredibly good with all members of the family. However, due to the playful nature of small children, there is a risk of physical injury to the dog if they are dropped.