The woolly rhinoceros roamed the earth between three and a half million and 14,000 years ago. 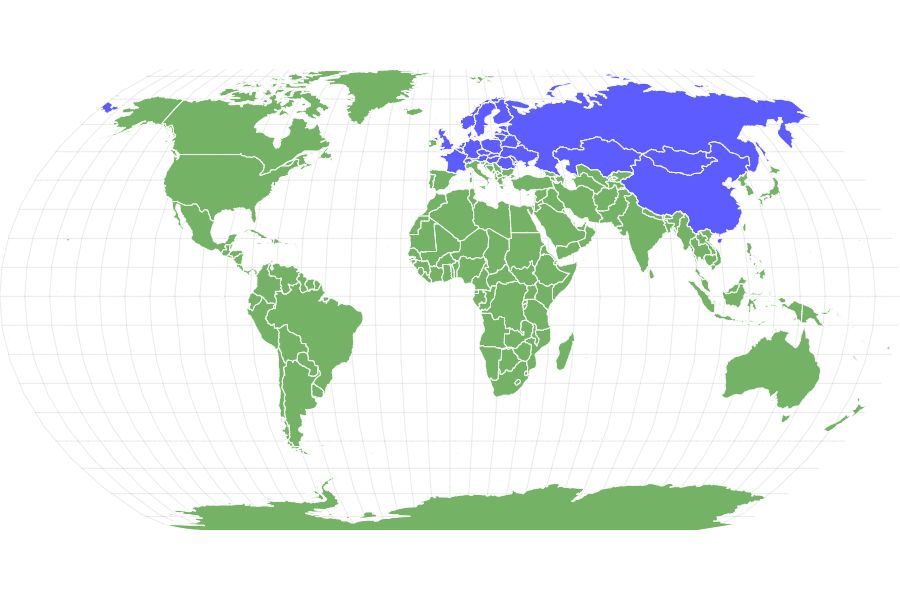 Fun Fact
The woolly rhinoceros roamed the earth between three and a half million and 14,000 years ago.
Most Distinctive Feature
Thick, reddish brown fur, two large keratin horns
Diet
Herbivore

View all of our Woolly Rhinoceros pictures in the gallery.

View all of the Woolly Rhinoceros images!

The woolly rhinoceros stood about six feet tall at the shoulders and about nine feet to the top of its head. Its body was covered in a thick reddish-brown fur. Woolly rhinoceros were about 15 feet long from the tip of their snouts to the base of their tails. This rhino’s most distinctive features were the large keratin horn on the top of the end of their snout, and the secondary smaller horn near their eyes. These ancient creatures could have weighed as much as 7,000 pounds.

The scientific name for the Woolly Rhinoceros is Coelodonta antiquitatis, the first word describing the cavity of their molar and the second meaning “of antiquity.”

Diet – What Did Woolly Rhinoceros Eat?

The woolly rhinoceros was a herbivore. Only the toughest grass could survive in the tundra and frigid grasslands where these equally tough animals roamed, so the woolly rhino had strong, massive teeth and a well-developed jaw, which were perfectly suited to the steppe grasses that made up nearly the entirety of their diet. Scientists believe that in addition to grasses and sedge, the woolly rhinoceros probably ate forbs such as artemisia, mosses, shrub sprouts, lichen, and other herbaceous plants.

Habitat – When and Where Woolly Rhinoceros lived

The woolly rhinoceros lived during the Pliocene and Pleistocene epochs, during the time of the ice age, from about 3,600,000 years ago until fewer than 15,000 years ago. They roamed all over the tundra and grasslands in the continent that is now Europe, as well as into parts of what is now Asia. The loss of their habitat as the ice age ended was a large contributor to their eventual demise almost 30,000 years ago.

The greatest threats to the woolly rhinoceros, in the end, were excessive hunting by man, changing weather, and loss of habitat and food supply. During the time when they thrived, though, adult woolly rhinoceros had very few natural predators, with man being their only true threat. On the other hand, juvenile and baby rhinos were a different matter, however. Baby woolly rhino predators included cave lions and prehistoric hyenas.

Discoveries and Fossils – Where Woolly Rhinoceros was Found

Though the first woolly rhinoceros skull was found in 1335 in Austria, at the time, they believed it to belong to a dragon. Once the species was first described, after the discovery of bones in 1769, the first documented partial remains of a woolly rhinoceros were discovered in Siberia, in the Vilyuy River in 1771. In 1877, more Siberian remains were found in the Yana River. It wasn’t until 1907 that a full specimen was found, followed by a second intact specimen a few months later in the same location, this time in Starunia.

One of the most important discoveries was “Sasha,” a mummified juvenile rhino whose fur and even soft tissues were preserved when she was found in Yakutia. Six years later in 2020, a completely intact rhino, around four years old at the time of its death, was discovered in the same location. The 2020 discovery is considered perhaps the best woolly rhinoceros specimen ever found, as its internal organs and even its nasal horn was intact. The oldest fossil of a woolly rhinoceros found so far was in Tibet and it dates back to over three and a half million years ago, though we know they were still alive as recently as 14,000 years ago.

Extinction – When Did Woolly Rhinoceros Die Out?

The last of these animals appears to have lived around 14,000 years ago. At this time, they were being hunted by man and also by other creatures. The woolly rhinos’ fur pelts as well as their meat would no doubt have been prized gains for a Pliocene or Pleistocene era hunter and their clan. Overhunting in addition to changing climate and habitat loss all contributed to the extinction of this ancient beast. Their thick fur meant they were well-suited for the extreme cold of the ice age and when the weather began to warm up again, the wooly rhinoceros couldn’t adapt. Their food sources likely suffered the same fate, contributing even more to their eventual demise as a species.

Similar Animals to The Woolly Rhinoceros

The closest living relative of the woolly rhinoceros is the Sumatran rhinoceros. Here are some similar ancient animals:

When was the Woolly Rhinoceros Alive?

The woolly rhinoceros roamed the earth between three and a half million and 14,000 years ago, during the Pliocene and Pleistocene epochs.

How Big was Woolly Rhinoceros?

The woolly rhinoceros was between 6-9 feet tall, about 15 feet long, and weighed several thousand pounds.

Where did the Woolly Rhinoceros live

Woolly rhinoceros remains have been found in several countries in Europe and Asia.

What did the Woolly Rhinoceros eat?

The woolly rhinoceros was a herbivore who fed entirely on steppe grasses near the tundra.