10 Animals That Shed Their Skin

Many animals shed their outer layer. Molting is a way of ensuring the body grows and sets the creature up for the next stage of life. You have many animals — such as the Dungeness crab — that have rigid shells that won’t grow. But, their bodies do. So, to allow natural growth, Mother Nature gave them an outer body that “breaks” or molds and falls off.

Humans carry bones and skin that grow with us (though we do shed our outer layer of skin (dead cells) and we do so over our lifespan. Animals who molt often do so in a dramatic context and multiple times as they go into the adult stage. Many organisms such as spiders, insects, birds, snakes, and crustaceans molt.

The molting process is unique for each of these animals that shed.

The ability for growth isn’t the only reason crabs molt. When shedding its shells, the crab relieves itself of barnacles and parasites potentially living in its shell. Generally, a crab molts dozens of times throughout its life cycle. Crabs can even regenerate their legs.

When it’s time to molt, the crab forms a paper-thin shell under the existing one, absorbing nutrients for hardening its upcoming exoskeleton.

Sucking in water, the crab expands its body and splits the old shell open. The creature begins a process that can take three hours and that’s wiggling out of the broken exterior. The softshell eventually hardens.

Fun fact: During the first year, the Dungeness crab molts a half dozen times. It features full maturity at age three and it’ll molt 15 times by then.

The grasshopper lives for about a year. It goes from egg to nymph to adult. During that period, it molts five to six times during the nymph phase. Unlike a variety of arthropods that molt for their entire lives, the grasshopper reaches adulthood and stops the shedding process.

The grasshopper has hormones that signal it needs to shed its underdeveloped exoskeleton to accommodate its increasing mass. The insect grows a new exoskeleton underneath the old one. It’s time to molt. The grasshopper sucks in air, increasing its frame and breaking the old shell. During the process, they’re easy prey and work quickly to finish the stage.

Snakes, one of the most common animals to shed skin, molt, and leave their old skin in one piece. The snake shed process is unique to vertebrates. But unlike the typical arthropods, snakes do not have exoskeletons. How often a snake will shed depends on temps, the amount of food, and other environmental factors. On average, terrestrials shed their skin up to three times every year.

It takes an average of two weeks for a complete molt. During this period, snakes get aggressive. That’s due to the fact the animals shed their eye caps. These are special scales that cover and protect the eyes. Without them, the animals have impaired vision and feel vulnerable.

Fun Fact: You can tell how many times a rattlesnake molted corresponds with the number of rattles on its tail.

There are mammals that molt as snakes and insects do. A lot of these animals shed their wool, hair, or fur on a periodic or seasonal year-round schedule. The largest wild sheep in North America, the bighorn, shed their winter coats in the late spring and early summer. The molting minimizes heat stress in the hottest parts of the year. The shedding also makes navigation easier at higher, rugged elevations.

The bighorn sheep sheds naturally. There are domestic breeds that don’t molt. Wool will continuously grow, adding between 10 and 40 pounds every year. That’s why farmers grab the clippers and shear the creatures a couple of times a year.

Fun fact: The bighorn’s winter coat is double-layered, thick, and lighter in color than their summer coat.

A frog’s skin will harden. They shed old skin to avoid that. If they didn’t and the skin hardened, the animal couldn’t get enough oxygen. The frog breathes through its skin when it’s in water. The process is relatively easy. When it’s time, the animal assumes a crouching, scrunched position that creates a rip in the old skin. The frog then stretches and the old skin splits. The frog then peels the skin off.

Once the skin is off, the frog eats the shredded skin. They do so to recover the nutrients lost by shedding in the first place. The skin contains calcium and other good stuff. If you’re in the vicinity and have a camera, post-shedding is a great time to take a pic. The frog’s patterns and colors are incredibly vibrant after the process.

Fun fact: Frogs have interesting shed periods, from daily to once every several weeks.

The outermost layer of skin on humans, the epidermis, constantly evolves. When the skin’s too dry, desmosomes in the enzymes will degrade and will malfunction. That leads to cells clumping. The cells shed as one, instead of single cells shedding invisibly. The clumps are visible as scales or flakes.

Unlike most mammals, humans shed skin so gradually it’s not even noticeable. But the fact is, according to Environmental Science & Technology, humans shed anywhere in the vicinity of .001 and .003 ounces every hour or about eight pounds a year. The number appears small but over a lifetime that’s approximately half your body weight. A lot of the dead cells fall off and become dust in the air. Quite a bit comes off when we scratch or wash.

Like many creatures, spiders shed their exoskeletons to prevent growth stunting. The arachnid’s frame grows while its outer shell doesn’t. The spider has an outer shell consisting of an elastic, inner layer and one right, outer layer. When it’s time to shed, the spider releases unique hormones that encourage molting.

As molting progresses, the inner layer breaks down. The spider absorbs the layer’s nutrients for later nourishment. When the new exoskeleton is about ready, the spider takes in air. The pressure enlarges its body and destroys the old exoskeleton. The spider pushes itself out and takes in more air to expand its new soft exoskeleton. The new shell hardens and the production is complete.

Fun fact: Araneomorphs (an order of spiders) molt until they reach sexual maturity, while mygalomorphs (larger spiders like funnel-web arachnids and tarantulas) shed annually throughout their lifespan.

Shedding is critical to the animal’s fur and skin health. Many dog lovers live with the molting of their dogs. Most canines shed in the spring and autumn, dependent on environment, breed, and climate. Another factor is whether the dog has a single or double layer of fur.

A shedding dog requires unique maintenance, especially if you want to avoid hair in the air and on surfaces. The prevention includes regular brushing of the coat, utilizing a shed tool that removes dead hair before it falls off, keeping the dog from getting dehydrated, bathing with a de-shedding shampoo, and a solid diet.

Fun fact: Many dog owners go with a breed that sheds less or not at all, especially dog lovers with allergies.

Keratin is a substance located in hooves, horns, fingernails, claws, turtle shells, and porcupine quills. The outer layer of the skin is the epidermis. This same surface is composed of dead cells made of keratin. There is also keratin in feathers. The compound is critical for flying creatures to stay in the air.

Birds molt and replace worn feathers to have healthy wings for flying. Some species, like the songbird, also shed to keep their color beautiful for mating. But that brilliance is also a threat as it makes you spottable to predators. Creatures with bright colors typically molt twice a year. It’s dull in the fall and bright for the spring. Birds that do not have a color change molt perhaps once a year.

Fun fact: Over 12 months, birds replace every feather on their bodies.

Caterpillars shed their exoskeletons four to five times during their growth stages. The insect outgrows its exoskeleton, expands its body, splits the outer layer, and crawls out. Now, the exoskeleton isn’t like atypical skin. It’s more like a fingernail, sliding off with the old skin peeling back from the front.

The shed process is important as the caterpillar increases its body mass up to 1,000 times. We refer to the stage between molts as an instar. During these periods, the caterpillar consumes tremendous amounts of food. Typically, the creature consumes up to 27,000 times its body weight throughout its life, most of that during molt stages.

Additionally, Caterpillars have six eyes and they are called ocelli or stemmata. They also do not have lungs and a Caterpillars insides (guts) move on it’s own. Caterpillars may eat an absurd amount of food in it’s lifetime, however, Caterpillars are not known to have teeth.

Fun fact: Eventually, the caterpillar’s molting results in the emergence of a moth or butterfly. 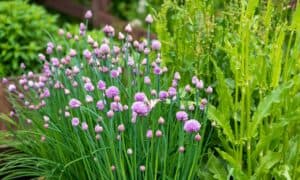