Are Garter Snakes Poisonous or Dangerous?

Of the more than 3,000 species of snakes on Earth, around 600 of them are venomous. Fortunately, only a fraction of those species is able to inject enough venom to be deadly to humans. But what about one of the most common snakes in America, the humble garter snake? Are garter snakes poisonous, venomous, or dangerous in any way? Do garter snakes bite?

If you live in an area where these colubrids are common, you probably want to know how much of a threat they are to you, your family, and perhaps your pets. Are garter snakes poisonous? Dangerous?Let’s take a look at garter snakes and how dangerous–or not–they really are.

What Are Garter Snakes?

There are 35 different species of garter snakes within the Thamnophis genus. They are native to most of North and Central America and are able to thrive in a wide range of climates. However, they prefer temperate, densely forested wetlands.

Overall, garter snakes are relatively small, ranging from around 1 to 4 feet in length. Despite being skilled carnivorous hunters, they are generally fearful and non-aggressive towards humans unless provoked. Notably, they are closely related to water snakes within the genus Nerodia.

As a group, garter snakes are some of the most common and widespread snakes in North and Central America. They have round pupils and short, narrow snouts. They also have a wide range of possible colors, such as brown, green, yellow, black, and tan. Most species have two parallel, light-colored stripes running down the length of their bodies.

Though they are mostly terrestrial, garter snakes are very strong swimmers. They often hide from predators and hunt for food near bodies of water like lakes and slow-moving streams. As highly agile snakes, they can move very quickly on land and in water. They eat a wide range of prey animals, from insects and small fish to mice, eggs, and even other, smaller snakes. Fortunately, they tend to avoid humans and only ever bite or strike defensively.

Garter snakes heavily rely on the vomeronasal organ in their mouths to navigate and better understand their environments. By flicking their tongues as they move, they are able to pick up on various complex scents and tastes to locate food, find mates, and hide from danger.

Are Garter Snakes Poisonous or Venomous?

For many years, researchers believed garter snakes were non-venomous. However, studies in the past few decades have shown that they actually produce a small amount of mild neurotoxic venom! However, garter snakes are not able to deliver their venom very efficiently. Additionally, the neurotoxin is weak and not dangerous to humans, aside from mild pain, bruising, and swelling.

In addition to this mild venom, like other colubrid snakes, garter snakes have a Duvernoy’s gland in their mouths. This gland also produces mildly toxic secretions that do not present a threat to humans.

Before we cover more details about the garter snake’s venom, it’s important to distinguish between poisonous and venomous animals. Essentially, poison is any kind of toxic substance that is absorbed by touching, eating, or breathing in the toxin. Venom, on the other hand, must be injected, typically when an animal bites or stings another animal.

Do garter snakes bite? Yes! All snakes, including garter snakes, are capable of biting their prey or biting predators in self-defense. However, the garter snake’s bite is not particularly painful, and it lacks enough venom to present a threat to humans. In addition to this, garter snakes are mostly non-aggressive and typically only bite defensively when they are afraid or injured.

If a garter snake bites you, you’ll almost definitely live to tell the tale. In fact, the bite itself likely won’t cause much damage aside from mild stinging, bruising, and swelling. It is still important to thoroughly clean garter snake bite wounds, as they can transmit harmful bacteria that can cause infections.

Generally, garter snakes prefer to run from humans rather than bite them unless they are trapped or injured. Since their venom is so weak and they are such agile animals, it usually makes more sense for them to flee than attack. Though their bite can be deadly to small prey animals, they have one of the mildest bites of all snake species.

Garter snakes are not particularly dangerous to humans. Their bite force is fairly weak, and their venom is not potent enough to kill or harm humans. Additionally, they are usually non-aggressive and tend to avoid people. Interestingly, garter snakes are actually good to have around in gardens, as they eat lots of other harmful insect and rodent pests.

Thankfully, these common snakes don’t present much of a threat to us. Even small children, dogs, and cats are safe from them, as garter snakes’ bites and venom are too weak. The worst that could happen is the bite Most times, the bite would cause only a small amount of pain and swelling. Though garter snakes are not very dangerous or deadly to them, small animals and young children may experience slightly more severe side effects like nausea and dizziness. If you or a loved one gets bitten by a garter snake, clean the wound thoroughly and treat symptoms as they appear.

If you encounter a garter snake in your yard, the best course of action is to either leave it alone or relocate it to a more isolated and densely forested area. However, if you aren’t confident you’ll be able to relocate it safely, consider contacting local wildlife authorities.

If you have a garden, you may want to actually leave it be, since garter snakes feed on various pests like slugs, ticks, and mice. Above all, don’t panic, and don’t harm or agitate the snake in any way. Even though their bites aren’t very dangerous, it still isn’t a pleasant experience to get bitten!

10 Adorable Puppies in San Diego to Adopt for Christmas 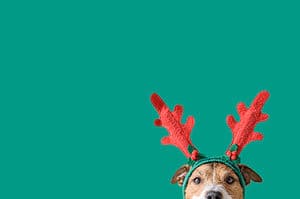