Discover the Biggest Tiger Shark Ever Caught in Georgia

If you’ve ever wondered whether tiger sharks live off Georgia, we’re here to confirm this! Even more, we’ve discovered what the biggest tiger shark ever caught in Georgia is – you won’t believe how large it was!

Moreover, we’ve prepared a list of other sharks living around Georgia and some details about where you can see tiger sharks in captivity! But first, let us tell you what tiger sharks are, how they look, what they eat, and where they live.

What are tiger sharks?

Tiger sharks have shades of blue to light green. Their underbelly is white or light-yellow. This coloration allows the shark to camouflage in the water and confuse its prey. Young sharks have dark spots and stripes that fade when the shark grows old.

Tiger sharks usually hunt at night and eat almost anything they stumble upon, including garbage, hence their other name, “garbage eaters.” They eat fish, crustaceans, birds, seals, turtles, squid, dolphins, and smaller sharks. They can eat inedible things thanks to their unique, sharp teeth that can even slice through turtle shells. Rows of new teeth always replace the teeth of a tiger shark.

These sharks are apex predators or top predators. This means they are at the top of the food chain and do not have natural predators. However, there were instances when tiger sharks were caught and eaten by killer whales. The killer whale, or orca, is the largest member of the oceanic dolphin family.

Galeocerdo cuvier lives in tropical and subtropical waters, migrating during cold seasons to stay closer to the equator. They have been spotted around Japan, New Zealand, Africa, China, India, Australia, Indonesia, in the Gulf of Mexico, around North American beaches, in parts of South America, and even in the Mediterranean, once off Sicily and once off Spain. People saw tiger sharks in the Caribbean Sea.

Do tiger sharks live around Georgia?

Yes, tiger sharks live around Georgia. Tiger and bull sharks are the most common and aggressive species in the area. Other sharks living off Georgia are:

What is the biggest tiger shark ever caught in Georgia?

On August 10, 1975, Chuck Hall of Brunswick collected the biggest tiger shark ever caught in Georgia. Hall caught it at St. Simons Sound near STS on a private boat. It was 12 feet, 8 inches long, and weighed 794 pounds.

The biggest tiger shark caught by a woman in Georgia weighed 190 pounds. Pam Page collected it on June 3, 2012, on J-Reef, near the main Liberty Ship. The shark measured 8 feet, 5 inches. This catch is now a Women’s Tiger Shark Current Record in Georgia.

Can a tiger shark attack you in Georgia?

Tiger shark attacks in Georgia happen rarely, and very few of them are fatal. The International Shark Attack File shows that, since 2012, there have been only six shark bites in Georgia, and none were fatal. The same file shows that from 1837 until now, Georgia has recorded 17 unprovoked shark attacks. This is minimal compared to the 896 attacks in Florida or the 182 attacks in Hawaii. Duane Harris, the director of the Coastal Resources Division of the Georgia DNR, stated that shark attacks in Georgia are rare because they have plenty of food in the nearby waters, so they don’t have to attack humans unprovoked.

Many attacks can be linked to tiger sharks’ being curious creatures. If they see movement or reflections, they’ll most likely check it out, ending up attacking people. Moreover, because they can be found in harbors, reefs, and river estuaries, they’re likely to stumble upon people and attack them.

Even though shark attacks in Georgia are rare, we strongly recommend taking great care when venturing into waters that host tiger sharks.

Does the Georgia Aquarium have a tiger shark?

The Georgia Aquarium does host a tiger shark. Other sharks it is home to include:

The Georgia Aquarium’s shark exhibition is one of North America’s largest and most dynamic. It is open Monday-Thursday from 9 a.m. until 9 p.m. and Friday-Sunday from 8 a.m. until 9 p.m. The tickets range from $39.95 to $295, depending on what you plan to see and what kind of access you want. These prices include family access and even an aquarium membership. The Georgia Aquarium parking is at 357 Luckie Street, NW Atlanta, GA 30313.

However, suppose you still want to see the tiger shark or other sharks displayed but can’t visit the aquarium. In that case, you can always do it online, as the Georgia Aquarium provides Livestream experiences! You can check it out here. Just don’t forget that the live camera is off at night. 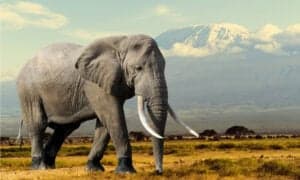