Grasshopper Poop: Everything You’ve Ever Wanted to Know

iStock.com/Eileen Kumpf
Share this post on:
More Great Content:
What Kills Bed Bugs Instantly?
What Eats Spotted Lanternfly: Do They Have…
How To Get Rid of Roaches Overnight
The 10 Largest Ants In The World
The 10 Largest Grasshoppers In The World
5 Early Signs Of Bed Bugs: How…

Grasshoppers are members of a suborder of insects called Caelifera. With origins in the early Triassic, some 250 million years ago, they belong to what is conceivably the oldest existing group of chewing herbivorous insects. Grasshoppers are also members of the Arthropoda phylum, which is the largest phylum, along with spiders, crabs, scorpions, and every other insect on the earth. These insects, which number in the millions, are present on every continent but Antarctica.

Like most insects, grasshoppers are herbivores. Given that grasshoppers live in a wide variety of habitats, this means that different grasshoppers eat different plants. Because of their somewhat strict plant diet and small bodies, it is easy to wonder what their poop looks like. Is it as small as they are? Does it smell? Discover everything you’ve ever wanted to know about grasshopper poop here.

What Do Grasshoppers Eat?

Most grasshoppers are herbivorous and will consume a wide variety of plants. Since grasshoppers inhabit a wide range of habitats, this implies that various grasshopper species consume various plant species. Generally speaking, grasshoppers will eat plants that are plentiful and easily accessible in their environment. However, despite not being particular, grasshoppers still have a preference for some plants over others. This is not about the flavor of the plants but because of their availability and nutritional value. In addition, certain grasshoppers devour poisonous plants. The toxins from these plants are stored in their bodies to prevent predators from attacking and consuming them.

Typical plants that grasshoppers consume include alfalfa, rye, and barley. In general, grasshoppers will mostly eat plant material. To gain more protein, grasshoppers also eat carrion or other animal dung if vegetation is not easily accessible. When other plants are abundant, grasshoppers avoid eating less common foods like fungus, moss, and bark. When given the chance, they will happily consume grains, flowers, and grasses, which are their favorite. Some grasshoppers are omnivores as well, thus they will eat animal goods.

It is difficult, but not impossible, to find grasshoppers inside your house. Because of this, it might be hard for people to identify grasshopper poop, even if it is staring them right in the face. A lot of people seem to think grasshoppers and other insects do not poop, but they do, just like almost every other animal. Generally, insect poop is called frass. For a lot of insects, their frass is usually in liquid form, while others form their frass into pellets.

Grasshopper frass is small, brown, solid, and oddly shaped like a grain of rice or even smaller. Like most insects, grasshoppers do not eat a lot at once. As such, they do not poop a lot. Grasshoppers also consume fruit while it is still hanging from the branch, bite enormous holes out of leaves, etc. To know whether or not grasshoppers have been in a place, look under where they have been eating. They are known to leave rectangular droppings that are easily identifiable.

What Do Grasshoppers Eat? 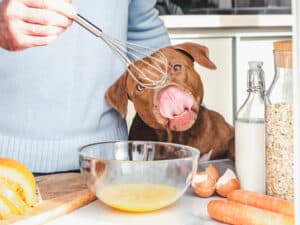