5 Must-Watch Dog Movies That Will Break Your Heart

Written by Emmanuel Kingsley
Updated: November 27, 2022
© Jagodka/Shutterstock.com
Share this post on:
More Great Content:
Dogs With The Highest Bite Force
This Prankster Coyote Wasn’t Ready for a…
The 10 Most Dangerous Dog Breeds in…
Belgian Shepherd vs German Shepherd: 5 Key…
The Top 8 Oldest Dogs Ever
American Bully Vs American Bulldog: Is There…

Dogs share a special bond with humans, unlike other animals. They do not speak normal human languages, but dog owners would argue that these animals communicate effectively in multiple ways. These loyal animals come in over 350 breeds with different hair colors, such as red, brown, and yellow, among others. The breeds differ from one another in terms of size, strength, hair thickness, etc.

Movie and animal lovers know that a movie based around “man’s best friend” can get quite emotional and heartfelt. Most movies with dogs as the lead or central to the plot depict the strong bond between humans and canines. Unlike many pet animals, dogs can be cute, playful, protective, obedient, and, most of all, empathic. Without giving many spoilers, below are five must-watch dog movies that will certainly break your heart.

Old Yeller is a popular western movie from 1957. The movie is an evergreen delight despite being set in the 1860s in Texas. When teenage boy Travis Coates is left to tend to his family ranch alone with his mother and younger brother, a yellow mongrel comes uninvited to stay. Reluctantly, the boy adopts the dog.

At first, their relationship is strained, as the newest family member is believed to be of little to no help. However, the mongrel proves his bravery to the family as it has scrapes with threatening animals such as a snake, bear, wolf, and more. These and other actions endear the dog to the family.

In Old Yeller, the dog breed is described in dialogue as a mongrel, but the dog role was played by a 170-pound mastador. This unique dog is a crossbreed of a Labrador Retriever, and an English Mastiff, one of the tallest dogs worldwide. Mastadors are large dogs that can reach 30 inches tall, but tend to be playful and affectionate. They can be black, yellow, brown, or brindle. Pet owners keep mastadors as family dogs or guard dogs.

However, in the children’s book by Fred Gipson, from which the movie was adapted, Old Yeller was a black-mouthed cur. This dog looks similar to the mastador used in the movie but is a less bulky breed.

Marley & Me is an entertaining and emotional movie starring popular actors Owen Wilson and Jennifer Aniston, who play a newly wedded couple. After their wedding, they head to Florida, buy their first home, and get jobs in competing newspapers. They adopt a yellow Labrador pup called Marley to start a family.

However, the couple soon finds out their new pup is a handful. Marley is mischievous, playful, and energetic. He destroys furniture and also fails the Obedience school. Even after growing larger, Marley tests everyone’s patience. Surprisingly, the mischievous dog brings out the best in the couple and their children. Marley is a splendid watch for pet owners, lovers, and families.

It took 22 dogs of various sizes and temperaments to film the movie. These dogs are Labradors, one of the most popular dog breeds in the world and America’s most popular. They can grow to 24 inches in height and weigh up to 80 pounds. Labradors have three different hair colors: brown, black, and yellow.

This dog breed is goofy, protective, and intelligent enough to be trained to do many tricks. One of the most incredible facts about Labradors is that they have webbed feet, which make them excellent swimmers compared to other breeds. They also make terrible guard dogs as they are less likely to attack people.

Hachi: A Dog’s Tale is one of the most emotional dog movies ever. The 2009 American movie was an adaptation of the 1987 Japanese movie “Hachikō Monogatari,” which was based on a true story. The movie follows the life of an Akita pup after he is lost and taken home by a music professor. The professor’s wife doesn’t want to keep the dog initially, but he wins everyone over quickly.

The professor forms a strong bond with the dog, Hachi, but that relationship is cut short when the dog’s owner dies of a cardiac crisis. The Akita does not accept his master’s death and continues to go to the station to wait for his master, who would never come.

Akita is one of the dogs with the highest bite forces ever. These wolf-like dogs originated from Japan but have an American cousin. These dogs are working dogs that can weigh up to 130 pounds and grow up to 28 inches in height. Their color ranges are black, grey, white, and black.

The Akita breed is known to be fearless, intelligent, and affectionate. Their muscular frames make them perfect to hunt, herd, and guard. They are also used as police dogs in Japan. Akita dogs are great pets, but they are wary of strangers and get bored easily.

A Dog’s Purpose is a movie adaptation of the bestselling novel of the same name. The story follows a dog reincarnated as a different breed, belonging to different owners throughout its lifetimes.

The movie addresses the different perspectives of dog treatments in different homes and the various purposes they serve. The reincarnated dog even lived as a rescue dog at one time in the movie. What is particularly unique about the movie is that the dog’s thoughts can be heard.

Given the story’s plot, several dog breeds were used in the movie. According to news reports, some are Beagliers (crossbreeds of the Beagle and the Cavalier King Charles Spaniel), African Boerboels, and Biewer terriers. Commoner dog breeds like German Shepherds, Pembroke Welsh Corgis, and Golden Retrievers, which are one of the happiest dogs worldwide, were also used in the movie.

My Dog Skip is another book adaptation on our must-watch list. The movie is about Willie, a shy boy who finds it hard to make friends in Yazoo City, MS, in 1942 until he gets a pup for his birthday. Skip, his dog, becomes widely loved by the community and influences Willie’s life as he grows into adulthood.

The movie is heartwarming and quite realistic. It depicts the impacts that these amazing pets have on human lives. They are loyal and often helpful to not just their owners but, sometimes, other people as well.

Six Jack Russell Terriers were used to portray Skip in the movie. These dogs are athletic, fearless, and intelligent. Commonly called Jack Russell, this dog breed is small, reaching a maximum weight of about 15 pounds and height of 12 inches. According to the American Kennel Club, these canines have white fur marked with various streaks of black, brown, tan, and other colors. Some even have multiple markings.

Jack Russell terriers were initially bred to hunt foxes, but nowadays, they are primarily family dogs. Despite their affectionate nature, these dogs can be quite destructive if not trained and exercised properly. Thus, they need experienced owners.

The Strangest and Weirdest Dog Breeds in the World

The Top 10 Happiest Dogs in the World 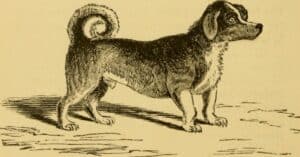