The 5 Best fish to Catch in New Jersey This Summer

Despite being somewhat fairly maligned as an ultra-urban, polluted land, New Jersey lives up to its moniker, the Garden State. You’ll find many clean lakes, rural areas, and farms in this state. While the corn and peaches are growing and people are still roaming the boardwalks, you can catch quite a few wonderful fish. After all, New Jersey has the Delaware River to the west and the Atlantic Ocean to the east. Today, we’ll tell you about the five best fish to catch in New Jersey this summer.

That way, you can come to New Jersey knowing that it’s a hidden gem for anglers around the country!

What Are the Best Fish to Catch in New Jersey?

New Jersey has quite a variety of fish to catch during the summer since the state provides access to rivers, lakes, and an ocean.

So, when we look at the best fish to catch in New Jersey, we considered both freshwater and saltwater creatures. Take a look at some of the coolest, most difficult, or most fun fish that you can reel in this summer!

Bluefin tuna are very large fish that can weigh anywhere between 25 and 2,000 pounds and measure 3 to 14 feet long! However, you can’t catch them by standing on a pier down in Ocean City. Instead, you need to get on a fishing vessel and head miles off the coast of New Jersey.

Although this may seem like a hassle for a bit of summer fun, it’s worth it. Paying for a chartered fishing experience ensures a good time and less trouble for you. After all, they’ll cover the rods and bait, and they can take you to the right waters.

People that are from landlocked states or are only used to catching freshwater fish will love the new approach to fishing. The excitement of the ride and the size of the bluefin tuna makes this one of the best fish to catch in New Jersey.

The muskellunge, or muskie, is a prized fish in New Jersey and many other states throughout the U.S. The best time to catch this fish is later summer and even early fall. They can be caught from the springtime until the middle of fall, though.

These fish are often found in Lake Hopatcong, Greenwood Lake, the Delaware River, Echo Lake Reservoir, and many others throughout the state. You can catch them from a boat or the shoreline, and you’ll often find that they hide in shallow areas with some cover and steep depth drops. They linger in aquatic vegetation, near logs, and other debris.

Try using large artificial lures and those that have a high retrieval speed. If the muskie gets close to your boat, you can employ the famous “figure 8” technique to get them to strike. These fish can measure upwards of 50 inches and weigh over 30 pounds, so get ready for a good fight to pull them in!

The bluegill sunfish is one of the best fish to catch in New Jersey this summer because it is plentiful and easier to catch for novice fishers. That means you can introduce new anglers or kids to fishing and build their confidence.

The bluegill sunfish is a small fish that measures about 7-8 inches in most cases, with some being 12-16 inches. They only weigh a few pounds, and they don’t put up a huge fight. That makes them very easy to reel in. Another thing that’s great about them is that they don’t need complicated bait.

Some popular baits include corn, worms, bread, grasshoppers, and some basic lures that resemble small fish. These fish are found all over including Garrison Lake, Mullica Hill Pond, Tuckahoe Lake, Poricy Pond, and many others. You can find these fish in shallow and somewhat deep water, from 3 to 20 feet deep. So, make sure you use a bobber and the right amount of line.

Like many other states, New Jersey is home to largemouth bass. These fish strike a good balance between easy and moderately difficult to catch, and they are known for feeling at home in a variety of settings.

Most of these fish are less than 10 pounds in weight, but they can measure 1-2 feet with ease. Bass fishermen use different baits for these fish. However, it’s hard to go wrong with live bait like minnows and worms or even spinner bait while implementing a retrieval fishing technique.

Largemouth bass are found in a wide variety of places in the Garden State. That includes Monksville Reservoir, Echo Lake, Lake Hopatcong, and many others. These fish are wonderful for building fishing skills and taking rewarding pictures.

That’s right, you can catch sharks in New Jersey. However, fishing for sharks is highly regulated in the state. Some species have a two-year pause on catching them, including the popular mako shark. That’s why we substituted the blue shark into this list.

Blue sharks are not very popular for eating like the mako shark, but they are still a challenge to catch. These sharks can reach between 10 and 13 feet long and weigh over 200 pounds on average. Your best bet is to sign up for a charter boat so they can take you into coastal waters near New Jersey.

They’ll have the chum, bait, and gear required to catch these fish. Also, charter boat operators help you stay within the confines of the law when it comes to catching these creatures. Unless you have experience catching sharks, go with the pros.

We’ve covered a variety of the best fish to catch in New Jersey this summer. You can either catch some simple fish in the lakes and streams in the state or go off the coast to find an even bigger quarry. That’s up to you. Make sure that you follow all state and federal laws when you’re fishing, though. That goes double when fishing off the coast! 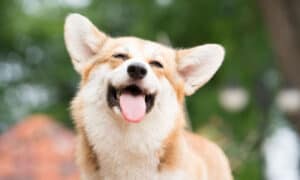