What Do Rat Snakes Eat? 8 Foods in their Diet

A common pet snake and popular wild snake in many regions, the rat snake eats exactly what its name implies. This natural pest controller is not a snake to be feared, but a snake to be appreciated.

So, what do rat snakes eat? Rat snakes eat mice, rats, other rodents, and bird eggs. While most rat snake species have a similar diet, some different types of rat snakes may be more picky than others.

But how much does a rat snake need to eat? And how does this reptile hunt? Let’s learn more about this misunderstood snake now.

What Does a Rat Snake Eat?

A rat snake eats rodents, birds, bird eggs, and even some species of reptiles. They are carnivores and tend to prefer rodent species over many other types of food. However, some rat snakes are also known as chicken snakes, given their habit of snacking on eggs in chicken coops!

A rat snake, just like most any other species of snake, eats its food whole. This could indicate how much a rat snake is able to eat, given that most snakes need almost 24 hours to fully digest their prey.

A rat snake can eat the following foods:

A study performed by Herpetologica suggests that however much a rat snake eats affects their overall length more than their weight. They are constrictors as well, capable of suffocating their prey with their powerful bodies.

While rat snakes are predators, they are not very threatening to humans. They are nonvenomous and mean no harm to people unless cornered, surprised, or threatened. They have been known to bite in these situations, but most of the time they prefer to flee.

You will know when a rat snake feels threatened because it tends to go very still and bends its body at weird, kinked angles. It can even pretend to be a rattlesnake, wiggling its tail along with dried leaves to mimic the sound of a rattlesnake tail.

How Much Does a Rat Snake Eat?

A rat snake only eats one rodent or live animal per day, on average. It can take most species of snake up to 24 hours to fully digest their prey. Given that they eat their food whole, you will notice when a snake has fully passed and digested its prey.

Even if you have a rat snake as a pet, most of them prefer to eat their food while it is living. This can be a daunting task for many pet owners, as feeding your snake a live mouse may not be your favorite activity.

However, it is important to ensure that your captive rat snake has just as much stimulation as a wild rat snake. The snakes are also known for their ability to climb, sometimes scaling trees and walls with little to no effort.

That is why it is important to ensure that your rat snake enclosure has a good lid over top of it. The last thing you want is for your rat snake to escape in the night!

The rat snake has some common predators, including:

Birds are the most common predator of rat snakes, and tend to consume them given the fact that they are not venomous and for the most part docile. They easily scoop up rat snakes while they are sunning or resting in exposed areas.

Other types of snakes feed on baby rat snakes. Some of these species include the king snake, cottonmouth, and black racers. It seems as though rat snakes are regarded throughout the animal kingdom as docile and able to be taken advantage of!

The common neighborhood cat may also eat smaller snakes, depending on how bored they are. However, this species of snake is very important in wild environments, capable of maintaining rodent species to a normal amount.

No matter how you feel about owning a snake as a pet, you should give a rat snake its space out in the wild. They only want to eat any wayward rats or mice in your neighborhood- you don’t want those rodents making their way into your home or pantry instead, do you?

What To Feed Rat Snakes as a Pet

Rat snakes should only be fed once a day or once every other day, depending on the age and size of your rat snake. However, they can be fed a variety of things, including:

It should be noted that many of these alternative foods should be considered treats rather than staples of a rat snake’s diet. Maintaining a usual rodent diet for these snakes is important, as they don’t eat very much per day and should still be offered ample protein.

Some adult rat snakes may need even longer to digest their food- some may not even eat more than a few times a month. This is why it is important to pay attention to how much your new pet eats and consumes weekly. You may end up overfeeding it much faster than you thought! 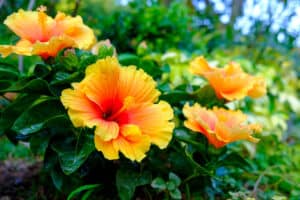