The albacore is a very fast swimmer Click through all of our Albacore Tuna images in the gallery. 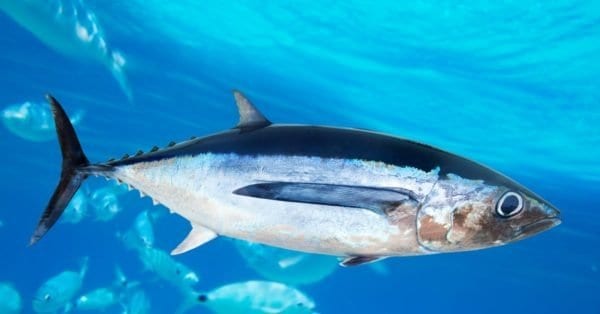 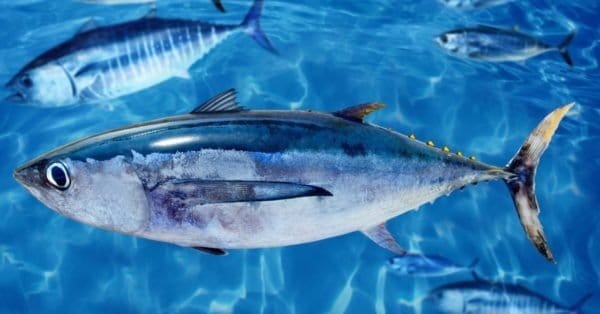 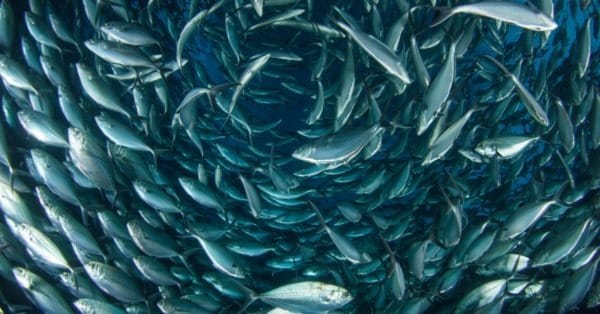 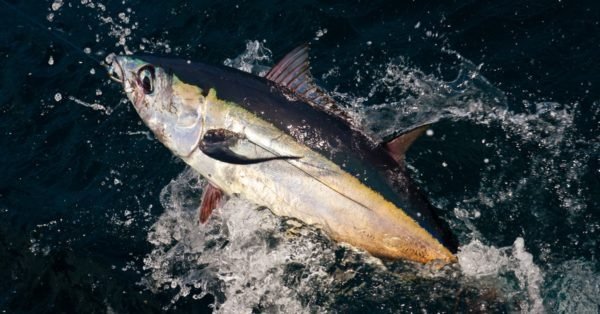 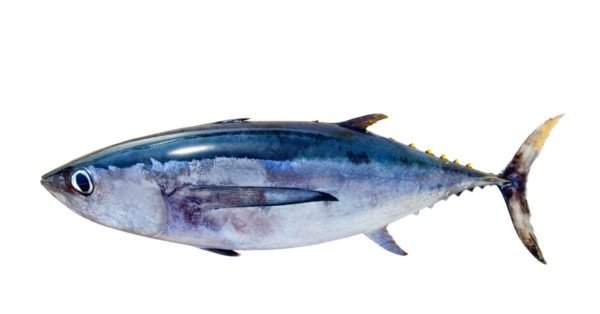 View all of the Albacore Tuna images!

The Albacore Tuna, or longfin tuna, is a large smooth-skinned pelagic fish that roams the open oceans in massive schools.

As one of the main cornerstones of the world’s fishing industries, albacore stocks are carefully managed by governmental agencies to prevent overfishing.

The scientific name of the albacore is Thunnus alalunga. This appears to be the combination of two words: ala, meaning wing, and lunga, meaning long.

The albacore is one of the smallest tuna species. Weighing only about 80 pounds, it is only slightly larger than the skipjack. The albacore has a dark blue or gray back, fading to silver or white around the stomach. The most prominent characteristic is the massive pectoral fin on the side of the body. This is how it acquired the alternate name longfin.

The albacore has distinct stocks in the northern Pacific and southern Pacific. It’s also found in the Atlantic, the Indian Ocean, and the Mediterranean Sea. According to the IUCN Red List, this species is near threatened. Although many populations are responsibly managed, others are in steep decline.

The albacore is a top open sea predator. Its speed and size give it an inherent advantage over many other species.

What does the albacore eat?

The albacore is the only tuna species that feeds primarily on squid and other cephalopods. Crustaceans and fish are secondary sources of food.

What eats the albacore?

The albacore is preyed upon by billfish, sharks, rays, and other tuna.

The albacore returns to the tropical waters every year around the summer season to reproduce. Depending on her size, the female will release between 800,000 and 2.6 million eggs into the water. The few albacores that survive into adulthood reach sexual maturity at five or six years and live up to 12 years.

Albacore in Fishing and Cooking

The albacore is critically important to commercial and recreational fisheries around the world. With its mild taste and firm meat, this species accounts for about 30% of the canned tuna market. Common recipes include grilled albacore, steaks, salads, sushi, and sashimi.

The albacore is a species of true tuna. It can be easily identified by the particularly long pectoral fins and the blue/silver color.

What is an albacore vs. regular tuna?

The albacore is considered to be a “regular” tuna species, so there is no difference.

Why is albacore bad for you?

Albacore meat may contain high levels of mercury that accumulate in the ocean and then filter through the food chain. That is why you should limit consumption of albacore to only about 6 ounces per week.

Is it safe to eat raw albacore?

Where is the albacore found?

Albacore is found all over the world’s oceans.

How many Albacore Tunas are left in the world?

There are more than a million Albacore Tunas.

What is an interesting fact about the Albacore Tuna?

The albacore is a very fast swimmer.

How fast is an Albacore Tuna?

An Albacore Tuna can travel at speeds of up to 50 miles per hour.