The Balkan lynx communicates mostly with its ears 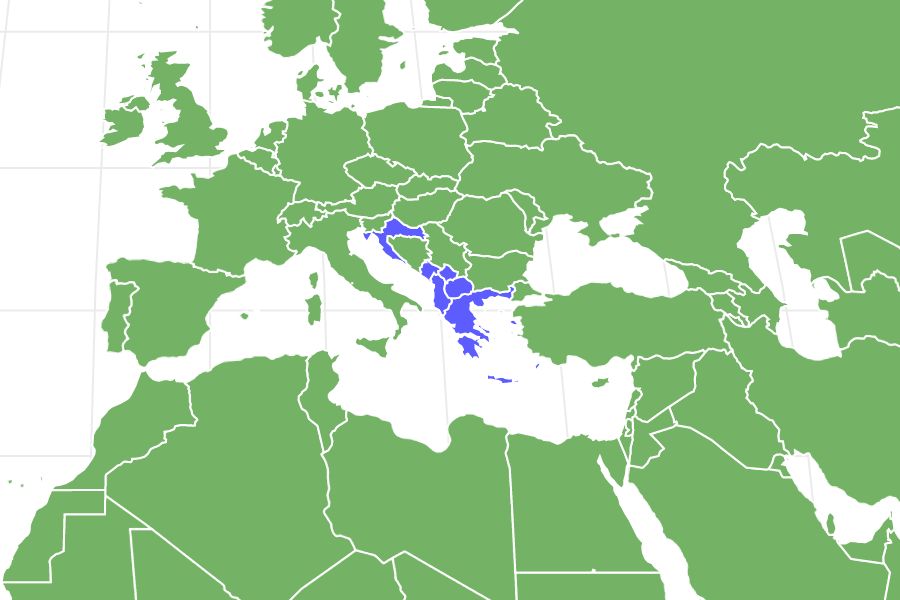 View all of our Balkan Lynx pictures in the gallery.

View all of the Balkan Lynx images!

“The Balkan Lynx is one of the rarest cats in the world.”

Listed as critically endangered by the International Union for Conservation of Nature, the Balkan lynx is one of the rarest medium-sized cats on earth. Even though it is the very symbol of North Macedonia, it has been on the knife edge of extinction for at least 100 years. This is due to poaching for its beautiful fur and habitat destruction. The cat is such a part of the region that landforms have been named after it. Croatia’s Risnjak National Park was most likely named for the lynx, as the Croatian word for the animal is ris.

Here are five facts about the rare Balkan lynx:

The scientific name of Balkan lynx is Lynx lynx balcanicus. “Lynx” is an ancient word that ultimately derives from the root word leuk-, which is Indo European for “brightness or light.” This describes how the cat’s eyes reflect light. Balcanicus means that this lynx is from the Balkans. Lynx lynx balcanicus is one of six recognized subspecies of the Eurasian lynx.

The Balkan lynx is a medium-sized cat with black-spotted gray or reddish fur, long whiskers, and a ruff framing its round face. The body is 31.5 to 51.2 inches in length, and the cat stands 23.6 to 29.5 inches at the shoulder and weighs between 39.6 and 55 pounds. The tail, as is true of all lynxes, is stubby. The ears are famous for their tufts, and since the cat’s tail is so short, it uses its ears to communicate. It has long legs for its body, large, padded feet that help it move over snowy landscapes, and retractable claws. Males tend to be bigger and heavier than females.

Balkan lynxes are solitary and only come together to breed. However, the populations are so isolated that even this may be difficult. They are crepuscular and nocturnal, which means they hunt in the evening and at night and rest during the day. At night they travel from 0.62 to 28 miles in search of prey. Both males and females claim territories, with the males having larger territories that encompass those of females. Female lynxes often have territories that overlap with those of their daughters.

The Balkan lynx is found in the forests of Albania and North Macedonia and has been spotted in the north of Greece, Montenegro, and Kosovo. The forests can be made mostly of deciduous trees, conifers, or a mix of both. Specifically, Balkan lynxes are found in Albania’s Shebenik-Jabllanicë National Park, Nikaj–Mertur Protected Area, Stravaj Protected Area, and the Munella area. They’re also found in Mavrovo National Park in North Macedonia.

The diet of the lynx is made up largely of rabbits and hares, but the animal is strong enough to take down deer, including roe and musk deer. When it can’t find its usual prey, the lynx will also take sheep. The Balkan lynx eats between 2.2 and 5.51 pounds of meat every day.

The greatest threat to this rare animal is human activity. Though it has been protected for years and there’s at least one recovery program, it is still poached for its lustrous fur. Hunters have also decimated the population of the lynx’s traditional prey of chamois, deer, and hares. Deforestation and the illegal dumping of refuse have also put pressure on the lynx’s population and its ability to reproduce. While the lynx is the apex predator in much of its range, it is occasionally killed by wolves. They are also vulnerable to parasites such as Trichinella and Toxocara.

The breeding season of the lynx is between February and the middle of April. Reproduction is not only made challenging because the populations of lynx are so far apart but because estrus only lasts three days in the female. Moreover, if she produces a litter one year it will be three years before she has another one. If she does manage to mate, she gives birth to usually two or three kittens after a 69-day pregnancy. The kittens weigh about 0.66 pounds each. Though they are weaned when they’re about four months old, they stay with their mother for 10 months before they’ve developed the skills to become independent. The fathers do not help raise the kittens, and most kittens don’t survive to adulthood.

The Balkan lynx population is believed to be only 60 to 120 adult individuals, and some scientists believe that it is even smaller than that. This leaves the animal critically endangered, despite recovery programs and laws prohibiting hunting.

Balkan Lynx: Protecting One of the Rarest Cats on Earth

Fortunately, governments of Balkan countries have taken steps to protect this exceedingly rare and beautiful animal. The Balkan Lynx Recovery Programme is currently monitoring the population of the Lynx in North Macedonia and Albania. Along with this, the UN Environment Programme has started a project to study the habitat of Macedonia’s Shar Mountain in tandem with the country’s Ministry of Environment and Physical Planning. It is hoped that Shar Mountain, where some Balkan lynxes have been seen, can be declared a protected area.

Balkan lynxes are carnivores and prey upon rabbits, hares, deer, and sometimes livestock such as sheep.

How many Balkan lynxes are there?

There are probably at most 120 Balkan lynxes left in the wild.

Balkan lynxes are considered critically endangered, which means they are very likely to go extinct in the near future.

How big is the Balkan lynx?

Where does the Balkan lynx live?

The Balkan lynx lives in the forests of Albania, Croatia, and North Macedonia and has been seen in Greece, Kosovo, and Montenegro.