Click through all of our Roe Deer images in the gallery. 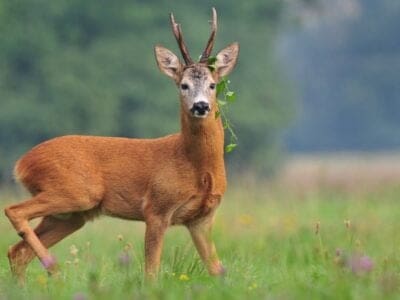 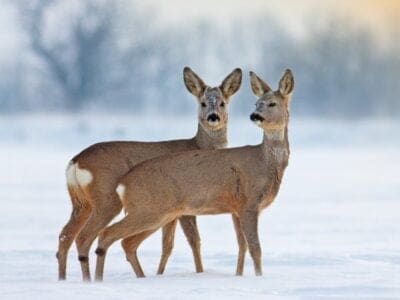 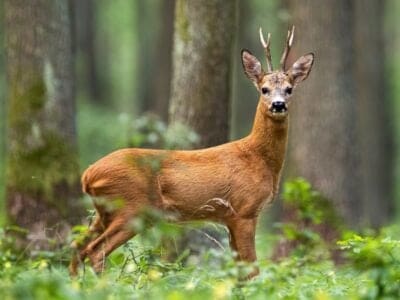 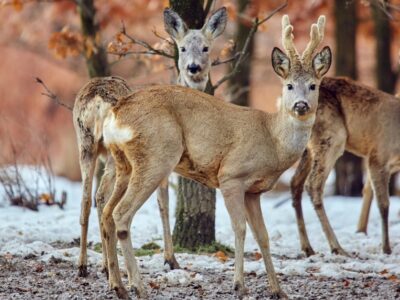 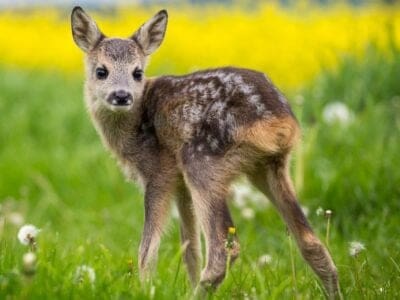 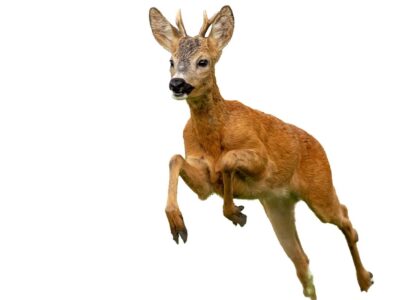 View all of the Roe Deer images!

Native to mixed forests and grasslands across the continent, the roe is among the smallest deer species of Europe.

Its size pales in comparison to the massive and regal red deer, with whom it shares a similar ecological niche. It’s also much smaller than the fallow deer. Nevertheless, the roe is also incredibly important as a game animal. Since prehistoric times this deer has served as a source of skin and meat for people. It is one of the most common and widespread deer species in Europe.

The scientific name of the roe deer is Capreolus capreolus. Capra or caprea is thought to be the Latin name for the roe deer (and also the name for a wild goat). The suffix –olus is added to the word as a way to denote its small size. The roe deer was once considered to be the same species as the Siberian roe deer, but they were split off into separate species within the same genus. The main difference is that the Siberian roe is larger in size and located closer to Asia. There are several recognized subspecies of roe spread around Europe.

The roe is a relatively small deer species, measuring 3 to 4 feet long and standing about the same height. It is not much larger than your typical dog. The roe is characterized by slender legs, split hooves, a short and almost non-existent tail, and oval-shaped ears. The male bucks or stags are generally larger than females and develop a new set of antlers every year. Composed of hard bone, the antlers have two or three branching points so they can lock together in combat. Female does are smaller and lack antlers of any kind.

The adult’s coat color changes between reddish-brown in the summer and gray-brown in the winter. It also has a white rump and both white and black fur around the nose. The fawns usually develop white spots on the body as well.

The fallow deer is a genus of two species: the European fallow deer and the Persian fallow deer. It is usually distinctive enough from the roe to easily distinguish them. The fallow is characterized by white spots, a larger overall body size (some bucks can weigh more than 200 pounds), and large, almost moose-like antlers. As a type of Old World deer, the fallow is more closely related to the red deer than the roe.

The deer herd forms the fundamental basis for roe social interactions. Groups of anywhere between 10 and 90 members congregate together in the winter months when food is relatively sparse. During the spring and summer, groups tend to temporarily disperse. Male bucks/stags will form their own territories and then clash with each other for access to mates. The territories of multiple females may overlap with that of the male. Young females may establish a range close to the mother, whereas the male juvenile tends to travel farther in search of new territory.

The male antlers, which are the ultimate signal of strength and health in the roe, undergo an annual process of growing and shedding so they reach their maximum extent just in time for the reproductive season. Near the end of the year, the antlers first begin to emerge from the head. They are enveloped by a soft velvety material full of blood vessels to help speed up growth.

Around the summertime, the deer will scrape off the soft velvet, leaving behind the hard fully-grown antlers. After mating is complete, the deer will subsequently lose its antlers and have to grow them again from scratch. Since only males have antlers, and they’re always shed each year, these facts suggest that their purpose is mostly reproductive and not for general defense against predators.

The roe has several different means of communication. When alarmed, it will make a loud barking sound and flash its white rump fur and tail. Males also make a bark or grunting noise in the reproductive season, while the females make a high-pitched whining sound to attract a mate. By far the most important means of communication, though, is scent. Various glands located around the body, including the antlers, face, and hooves, help them mark their territory and identify each other.

The roe deer can be found in mixed areas near forests edges, high grass meadows, farmlands, and heath lands located throughout Europe and western Asia. The roe is highly adaptable; they can be found in a number of different climates and environments, from the Mediterranean to the Caspian Sea to the Nordic countries. They are also particularly good at exploiting areas recently transformed by wildfires, floods, and human disturbances. All they really need is an adequate amount of vegetation in order to feed and evade predators.

The roe deer faces many dangers in the wild, though none of them existential or a serious risk to the species as a whole. It has been historically killed for its meat, skin, and antlers by human hunters. It’s also had to deal with the decline of forested habitat and road accidents in some parts of Europe. At one point in the 19th century, it temporarily disappeared from most of the United Kingdom.

What eats the roe deer?

The roe deer has historically faced threats from wolves, lynxes, foxes, and of course, humans. Tree cover offers the greatest protection against predators. They are also incredibly fast and agile, capable of achieving speeds of nearly 40 miles per hour. If it’s cornered, an adult can sometimes defend itself well enough, but the baby fawns are often easy prey. Predators have tended to limit population numbers. But with the decline of many large predators throughout Europe, the roe actually faces fewer natural population pressures now than ever before.

What does the roe deer eat?

The roe has a very diverse and eclectic diet, consisting of leaves, grass, berries, buds, and even sometimes bark. It shows a preference for high-energy foods with soft textures and high water content, but it isn’t picky. There are potentially up to a thousand different plant species in its diet, depending on where it lives. The roe can easily eat up to 10 times a day, browsing among trees and vegetation for hours at a time.

The roe’s reproductive season usually begins in the summer when male roebucks enter a period of sexual excitement known as a rut. With their large antlers, the strongest males will attempt to monopolize access to females by locking horns with his rival and attempting to shove him aside. The weaker males, who are usually younger, will often yield the contest before incurring significant injury.

The roe is highly unusual among hoofed animals for the timing of its reproductive season. Whereas most deer species store up fat in preparation for the reproductive season in the fall, the roe mates earlier, when food is most abundant. This means it doesn’t need to store fat for the mating season. However, it also presents a big problem. If the female’s eggs are fertilized in the summer, then the baby would be born near the start of winter, when food is scarce. This would reduce its chances of survival significantly. In order to solve this problem, the female has evolved the ability to delay implantation of the egg until the start of the new year. This means the egg literally sits inactive inside of the uterus until conditions improve.

Once the egg finally begins its development, the mother will produce up to three fawns, furred but helpless, almost exactly six months later, sometime in May or June. Thanks to frequent feeding on the mother’s milk, the baby doubles its weight within the first two weeks after birth. By the time it’s fully weaned in the fall, the fawn has already achieved 60 to 70% of its full adult body mass. Females will begin reproducing within the first 14 months or so, while males may not reproduce for up to three years. The typical lifespan for the roe is normally between 10 and 15 years in the wild, but many of them will eventually fall prey to predators, accidents, or disease.

The IUCN Red List currently classifies the roe deer as a species of least concern. The estimated population is approximately 15 million mature individuals. Thanks to effective resource management, their numbers appear to be increasing despite the sheer number of deer killed every year by hunters.

View all 38 animals that start with R

The roe deer is an herbivorous species. Like many hoofed animals, it has a specialized stomach for digesting and obtaining nutrients from tough plant material.

Where do you find roe deer?

The roe is found over most of Europe and parts of western Asia. It normally occupies the edges between forests and grasslands or meadows.

How do you identify a roe deer?

The roe is sometimes mistaken for the fallow deer and the red deer because all of them occupy similar territory. But the roe can be identified by the relatively smaller body and antler size in comparison to other types of deer. It is normally about 3 to 4 feet long from head to tail. Adults also have a solid brown coat color with few spots or stripes.

What do roe deer eat?

The roe feeds on berries, leaves, grasses, and buds. They spend much of their day browsing on vegetation.