The world record for longest bluegill is 15 inches. 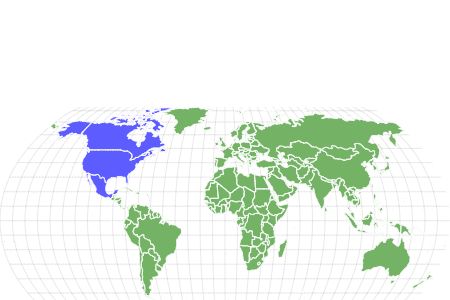 View all of our Bluegill pictures in the gallery.

View all of the Bluegill images!

Bluegill sunfish are one of 38 species in the sunfish family. They are caught for fun as well as in fishing competitions.

Bluegills are called panfish because their body shape and size make them a perfect fit for a frying pan! They are found in freshwater lakes and streams.

Lepomis macrochirus is the scientific name of the bluegill. The Greek word Lepomis translates to scaled gill cover and macrochirus means large hand. Bream and perch are other names for this fish. It’s also referred to as a bluegill sunfish. It’s in the Centrarchidae family and the Actinopterygii class. The Centrarchidae family includes the bluegill along with 37 other species.

Types of Bluegill: The Different Species

Bluegills are just one of 38 species in the sunfish family.

Some notable sunfish include:

Bluegills can be seven to sixteen inches long and weigh one to a little over two and a half pounds.

They have a thick body with a small mouth. Their scales can be brown, olive green, orange, yellow, blue, black, or a combination. They’re known for their dark stripes.

Another distinctive feature of bluegills is the dark spot at the end of their dorsal fin.

The world record for the longest bluegill is 15 inches. This world record holder weighed in at four pounds, 12 ounces.

Bluegill eggs and juveniles are the most vulnerable to predators.

Adult bluegills have two main defenses against these predators. One is to hide inside submerged logs and other debris. The other defense is their speed. They can swim away quickly, change direction, and even swim backward.

One way to distinguish bluegill from other sunfish is to look for the dark spot on its dorsal fin.

Secondly, the bluegill has a bluish tinge of scales on its face while other sunfish don’t have this feature.

In terms of eating habits, bluegills are notorious for eating insects, tiny crustaceans, fish eggs, and practically any type of bait.

Bluegills live in the United States, Mexico, and Canada. Their exact population is unknown, but it’s described as stable. They are listed as Least Concern.

They live in warm, freshwater lakes and slow-moving streams. Specifically, they are abundant in lakes and streams from California stretching across the United States to the east coast. In addition, bluegills are found in ponds and lakes from the southern part of Quebec all the way down to northern Mexico.

During the breeding season, bluegills move to shallow areas of water measuring three to five feet deep. This is where the male makes a nest in the sand. As the cold weather season sets in, these fish venture to deeper parts of the lake. They stay near the bottom as their metabolism slows to conserve energy.

Bluegills are carnivores. They are adaptable to eating almost any type of small prey they can find.

Great blue herons, raccoons, trout, and bass are all predators of the bluegill. These predators also prey on bluegill eggs and juveniles.

What do bluegills eat?

Bluegills are sexually mature at two to three years old. The rising temperature of the water in the springtime signals the start of the breeding season. Generally, this time spans from May to September.

The male bluegill makes a nest in a shallow area of a stream or lake by waving its tailfin to clear the sand away. This makes a depression several inches deep. A male sits in the nest and makes a grunting noise to attract females. When a female appears, the fish swim around each other and mate. The female lays her eggs in the depression. She can lay as many as 50,000 eggs! The male guards the eggs until they hatch just three to five days later.

Bluegill in Fishing and Cooking

Fishing for bluegills is done both competitively and recreationally. Spring and summer are the best seasons to find these fish. They are in the shallow water for breeding and are more responsive to taking the bait.

Bluegills are often used as models for plastic swimbait. Swimbait is a lure that looks and moves like a small fish on a hook. Bluegills are eaten by trout and bass in the wild, so it’s not surprising there is swimbait made to look like them. Thousands of pounds of bluegills are caught each year.

Bluegills are tasty fish to eat! Plus, they are easy to fry in a pan over a fire. Bluegills contain no carbohydrates and 21 grams of protein, so they are nutritious. They are especially delicious with parmesan cheese. These fish are consumed throughout the United States.

Where are bluegills found?

They are found in freshwater lakes and streams throughout the United States, in southern Canada, and northern Mexico.

Yes, they are good for eating.

Can bluegill hurt you?

Maybe. This fish has some relatively sharp spines on its fins, but these aren’t capable of causing great injury.

Yes. They prey on insects, fish eggs, and crustaceans.

Is a bluegill a trout?

What does bluegill eat?

They eat insects and crustaceans.

How do you catch bluegill?

Whether you’re fishing for fun or trying to set a new world record, it’s best to use a worm or a large size insect as bait.