They are the largest bird in North America 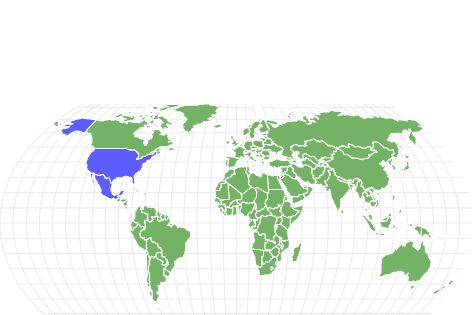 View all of our California Condor pictures in the gallery.

View all of the California Condor images!

“They have an extremely slow reproduction rate.”

California condors are the largest bird in North America and have been around for at least 40,000 years. With a nine-foot-long wingspan, these majestic birds soar in the sky over the wild open country of the Southwest. Unfortunately, these birds are a rare sight due to their critically endangered status. Find out everything you ever wanted to know about the California condor, including their habitats, diet, and behavior.

Where to Find the California Condor

This species was once plentiful throughout most of North America but became extinct in the wild in 1987. Since then, researchers have reintroduced them to areas of the Southwest, including Northern Arizona, Southern Utah, California’s coastal mountains, and Baja California, Mexico. The California condor has several habitats, from the Pacific Coast beaches to coniferous forests, oak savannas, forested mountains (up to 6,000 feet), and rocky shrubland. You will often find them near cliffs and large trees, and they are known to travel at least 160 miles in search of food. One of the best places to view condors is Pinnacles National Park near San Jose and Fresno, California. Look for the yellow tags on their wings while soaring high in the sky or perched atop a giant tree or cliff.

These birds once nested in the giant sequoia trees in the Sierra Nevada, but today they primarily use natural cavities or caves in cliffs. They like to make multiple nesting sites, sometimes in large redwood trees, and females get the final say in where they build. If they nest in caves or cliff clefts, they will ensure it is near roosting trees and an open area for takeoffs and landings (they need plenty of room for their heavy bodies to get going). The nests are loosely constructed and consist of piles of debris from bones, gravel, bark, and leaves. They are typically three feet across and eight inches deep.

While four other species are known, the California condor (Gymnogyps californianus) is the last surviving in its genus Gymnogyps (no other subspecies exist), Greek for “naked vulture.” The world californianus describes its location in California. It is a species of New World vulture and evolved from a different ancestor than the Old World line. This condor and the six other species that make up the New World family are more closely related to storks, but their “order” position is still up for debate.

Bigger than a bald eagle, the California condor is the largest bird in North America. It has an expansive wingspan of nine feet with long primary feathers, which give it a fingered look when they’re in flight. It has a bulky body, a short, broad tail, and a comparably small head. This vulture can reach over four feet in length and weighs between 15 and 21 pounds. The adults are all black with white patches under their wings, and their heads are bare with a yellowish-orange tinge. The juveniles have dark heads, gray necks, and gray patches under their wings; they don’t reach their adult coloration until six to eight years old. Juveniles also have a light-colored neck ruff that turns black when they reach adulthood.

Throughout the year, monogamous pairs live together in relatively secluded areas. They have equal nesting duties, display courting behaviors like coordinating flights, and stay together until one passes away. These birds are more social at roosting, feeding, and bathing sites. They recognize individuals and don’t typically behave aggressively towards one another. They bathe frequently and sun themselves to dry their feathers and warm up. Parents care for their young for up to one year after hatching, and the chicks often play by excitedly hopping around.

What Does the California Condor Eat?

This vulture eats recently deceased animal carcasses (carrion). They primarily consume land and marine mammals, but occasional reptile remains may surface in their nests. The California condor will soar miles to find deer, cattle, pig, rabbit, sea lion, and whale remains. They receive their daily dose of calcium from bone and shells. And they like to find small to medium-sized animals for easier bone digestion.

They soar in the sky until they spot other animals feeding on a carcass. Once they land, the California condor will take over unless there are other condors, in which case they are tolerant and will eat in groups. They do not feed on roadkill due to their wariness of humans. Also, it provides its young regurgitated carrion.

The IUCN lists the California condor as “critically endangered,” and its kept this status since 1994. However, its population is steadily (and slowly) increasing, which may warrant a status downgrade to “endangered” by 2024 if all goes well.

Its drastic population decline in the 20th century was primarily from ingesting lead from carcasses with lead bullet fragments, which is still one of the main threats to birds released in the wild. Other threats to the California condor include energy production and mining, power lines, hunting and trapping (intentional or unintentional), viral diseases, and pollution. Their population numbers are increasing due to captive breeding programs, but progress is slow. These condors only produce one egg at a time and wait at least a year before breeding again. To prevent these birds from reaching critical levels again, officials are working with the hunting and ranching communities to reduce the threat of lead poisoning.

What Eats the California Condor?

The California condor has no natural predators, but several creatures threaten their young. Animals like ravens, golden eagles, bobcats, mountain lions, and coyotes may attack their eggs and chicks. The biggest threat to this condor is humans.

California condors do not breed until they reach seven years old. After finding their lifetime mate and creating their nesting sites, females produce one egg. Incubation takes 53 to 60 days and is done by both parents, switching off every one to five days. Once hatched, mom and dad both feed their young and will chase away potential predators.

California condors molt (shed their feathers) around once a year. The young can fly five to six months after hatching but remain dependent on their parents for at least another six months. The entire nesting process can take over a year, meaning parents must skip a season before trying again. These birds can live up to 60 years old. However, none of the condors in the wild or captivity are older than 40.

There are 200 adults in the wild old enough for breeding (at least five years), and 93 are producing viable offspring. The ICUN counts 93 mature individuals as of March 2020. If you count all California condors in the wild and in captive breeding programs, the global population is 518 and continuing to increase. But mortality rates exceed the wild-fledged bird’s reproduction rates.

Does the California condor migrate?

This bird is nonmigratory. It takes up a permanent residence in its region.

How many eggs does the California condor lay?

The females lay only one egg at a time which is one of the primary reasons recovery of their species is so slow. They also don’t typically nest every year.

How fast does the California condor fly?

The California condor can fly up to 40 Mph, but their average is 30 Mph. It takes them 16 seconds to complete a full circle. However, they are slower than bald eagles, golden eagles, and red-tailed hawks.

How do you find the California condor?

They live in forested mountains, oak savannas, and Pacific beaches near cliffs, caves, and tall trees. Check out Pinnacles National Park for an excellent viewing area.

What time of year is best for finding the California condor?

Spring to early fall is the best time to see California condors. Look for them in the sky during the early morning or resting in trees during the evening.

What does the California condor eat?

What threatens the California condor?

What is a California condor baby called?

Their babies are referred to as “chicks.”

How long does the California condor live?

The California condor can live up to 60 years. Although, none in the wild or captivity are older than 40.