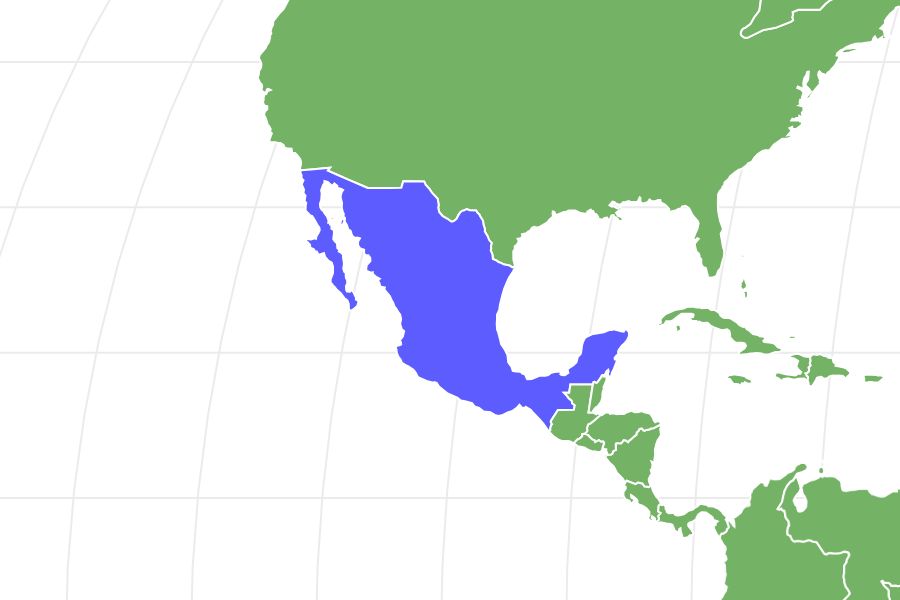 View all of our Cantil pictures in the gallery.

View all of the Cantil images!

“Relatives of the Copperhead and the Cottonmouth”

People in the United States are familiar with the cottonmouth and the copperhead, but their close cousins, the cantils, live in south of the border in Mexico and Central America. These well-camouflaged, somewhat plumpish pit vipers are very much alike despite living miles from each other. Indeed, at one time they were all thought to be the same species. Read on for more information about the cantils.

1. Cantils are ovoviviparous. This means that the cantil embryos develop in eggs, but the eggs stay inside the mother until the babies are ready to hatch.
2. Baby cantils use the tips of their tails as caudal lures. They wriggle the tip, a potential prey mistakes it for a worm, and the snake strikes when it comes close enough.
3. A good percentage of a cantil’s body is made up of its tail. The Yucatan cantil’s tail can be as much as 19.2 percent of its body length.
4. People have a great variety of names for cantils, including dimuih palka, castellana, toboba, charquera, metapil, wol-poch and uol-poch, black moccasin, Mexican moccasin and navaja.

5. A. howardgloydi, A. taylori and A. russeolus were all once considered subspecies of A. bilineatus.

The cantils in this article are found in Mexico and Central America. They are most often found in forests near bodies of water, though not always. A. bilineatus, the common cantil is sometimes found a good distance from water.

Cantils belong to the Agkistrodon genus. Agkistrodon comes from the Greek words for “fish hook” which are ankistron and “tooth” which is odon. This most likely describes the snakes’ fangs. Bilineatus means “marked with two lines” in Latin and russeolus is Late Latin for “somewhat red.” The other two species were named in honor of people. Agkistrodon howardgloydi was named after Howard K. Gloyd, an expert on pit vipers. A. taylori was named for Edward Harrison Taylor, an American herpetologist. The name cantil comes from a Tzeltal word that means “yellow lips” which refers to the color of the lips of the Mexican cantil.

A. bilineatus has one subspecies:

The Different Types of Cantil

Agkistrodon howardgloydi can grow to a little over 37 inches. It has a ground color of reddish brown with brown cross bands. Sometimes larger males are black. There are bright lines on the sides of the head. It’s found on Nicaragua’s Pacific coast and south to northern Costa Rica.

A. bilineatus lives in Mexico and as far south as Honduras. It has a robust body and can grow to 24 inches in length. It is usually brown or black with darker bands and white accents.

A. russeolus is only found on Mexican’s Yucatan Peninsula and the northern part of Belize, and its common name is the Yucatecan cantil. It is probably the largest of the cantils and can grow to 41 inches long. It gets its name because its ground color can be a rich reddish brown. This reddish brown color has a dozen to a dozen and a half darker brown cross bands which are a lighter shade in the centers. The Yucatecan cantil has been found in karst habitats where water is scarce.

A. taylori, Taylor’s cantil or the ornate cantil, is endemic to northeastern Mexico. Like A. bilineatus, it has a robust body but is smaller and grows to about 35 inches in length. It has notable stripes on its head and black or grayish brown bands over its body with yellow, orange or white accents. Males can be told from females in that they’re much darker. It is rare and considered threatened even though it lives in a variety of habitats, including forests, grasslands and thorn scrub.

Though the precise number of cantils hasn’t been assessed, it is known that their numbers are declining. According to the IUCN Redlist, A. bilineatus is now considered near threatened and A. russeolus and A. howardgloydi are considered vulnerable. Only A. taylori’s status is of least concern.

How To Identify Cantils: Appearance and Description

A cantil is a medium-sized pit viper that has a wide head and short fangs. All the species are closely related, and it was hard to even for scientists to tell them apart until recently. Even their venom is similar. Their bodies are often stocky, and most have an earth-toned ground color with 10 to 20 darker bands down their length and stripes on the head. All of them have large scales on the flat top of their heads and loreal scales, which are scales between the eye and the nostril. Their eyes have vertical pupils like a cat’s. Cantils have keeled dorsal scales that number around 23 in the middle, 127 to 157 scales on the belly and 36 to 71 scales beneath the tail. All of the snakes are venomous, though they are not as aggressive as some people believe.

Cantil Venom: How Dangerous Are They?

Cantil venom is powerful and has enzymes that are hemotoxic, which means they stop the blood from coagulating properly. The price of one bite from one of these snakes can be hemorrhaging, terrible pain, difficulty breathing, vomiting, shock, kidney failure and necrosis. In some cases the patient may die if the bite isn’t treated promptly. The good news is that usually nothing more is needed than pain control and monitoring of the patient.

In some areas, people fear cantil snakes more than they even fear the extraordinarily venomous and aggressive fer-de-lance. Cantils pay the price for this fear as people often kill them on sight, which contributes to their population decline. Cantils tend to be actually shy and will try to avoid trouble by slithering away or staying still and hoping their colors camouflage them. If this doesn’t work, they’ll coil up, raise their tail, whip it about and gape much like the cottonmouth. They’ll strike if all else fails.

Like other snakes, cantils are carnivores and find prey through the heat sensing pits in their heads. The bite they deliver immobilizes but doesn’t necessarily kill the prey right away, and the snake takes its time to swallow it whole.

The breeding season for the snakes occurs from fall to earliest spring, and males probably engage in combat dances where they twist around each other and try to push down each other’s heads. The winner mates with the female while the loser skulks off. Hatchlings are born from May through October. The number depends on the species. Taylor’s cantil usually bears three to 11 babies while A. bilineatus can have from five to 20 snakelets. The lifespan of these snakes is from five to 10 years.

Cantils hunt by using the heat-sensing pits in their faces to detect prey. They also use a Jacobson’s organ that interprets the molecular signals from prey and lets the snake know what sort of animal they are hunting. Once they locate the prey, they lie in wait until it comes close enough to ambush. They’ll immobilize it with a bite, then swallow it. Baby cantils have brightly colored tails that they wriggle to attract prey such as frogs. The frog thinks the tip of the tail is a worm, to its detriment.

Cantils are not as aggressive as their reputation says they are, but they will make threat displays and strike if they can’t escape danger.

Their usual prey includes small mammals, birds, and their eggs as well as lizards, frogs, and fish.

What is a cantil?

A cantil is a snake in the Agkistrodon genus, particularly one that lives in Mexico and Central America.

Can you have a Cantil as a pet?

Some people do have cantils as pets, but the trade in these snakes is illegal, and you should not have a cantil as a pet for any price. The snake is venomous and does not adapt well to captivity unless it’s in a zoo-like setting that can recreate its habitat and diet. Its unhappiness with captivity can make it unpredictable and aggressive.

What zoos have cantil snakes?

Many zoos around the world have cantil snakes, including the Smithsonian National Zoo, the Central Florida Zoo, the Little Rock Zoo, and the Terra Natura Benidorm in Spain.