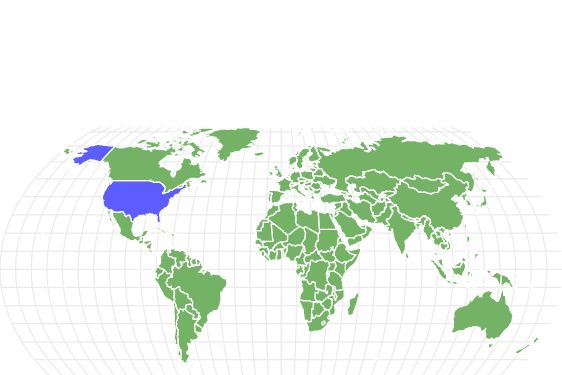 Catahoula Leopard as a Pet:

View all of our Catahoula Leopard pictures in the gallery.

View all of the Catahoula Leopard images!

The Catahoula Leopard dog is a versatile working dog native to Lousiana, most commonly used to work stock. This breed has its origins in crosses between the wolf-like dogs that local Native Americans owned and dogs that Spanish and French settlers brought between the 16th and 18th centuries. Although initially used to help round up feral cattle and pigs, these dogs have also demonstrated hunting and guarding abilities. These dogs are very energetic and eager to please. Although strong-willed, the breed is intelligent and devoted to any task its owner wants it to perform.

With their varied history, Catahoulas are one of the most versatile breeds, having stayed true to their early American working roots. Their energetic yet loyal nature helps make them perfect family companions.

3 pros and cons of owning a Catahoula Leopard

The Catahoula Leopard is a medium to a large-sized dog with a short, smooth coat. The average male height is 24″, while the female height averages 20″. When males are fully grown, they average 90lbs, with females averaging 65 lbs. Because of their size that veers somewhat larger, these dogs are physically mature by closer to two years old.

Catahoula Leopards are healthy dogs for the most part but may have a few health issues. Hip Dysplasia, common in many larger breeds, is a condition that may affect these dogs later in their lifespan. Cataoulas may also experience deafness, with dogs that have a merle coat and blue eyes being more susceptible. These dogs may develop eye issues that are associated with certain lines bred to preserve the most popular colors. Abnormal pupil dilation, tunnel vision, and difficulty opening the eyes may occur. Catahoula Leopards may develop certain cancers as older dogs. Skin cancer is one of the more common types of cancer, although likely treatable if caught early.
In short, the health issues you will have to think about the most with this breed include:

Catahoula Leopards are intelligent, energetic, protective, and loyal dogs. Although these dogs exemplify behavior perfect for their working background, they are adaptable for family life. Catahoula Leopards have a lot of personality and are sure to delight everyone they meet.

Health and Entertainment for your Catahoula Leopard

Although the traits that make these dogs excellent workers go back to their hog and cattle-driving days, they can handle a lot of tasks. Any behavior issues these dogs have can respond well to training. The dog’s adventurous personality makes it a perfect companion on hiking and other outdoor trips.

How To Take Care of Catahoula Leopard

Pet owners taking care of Catahoula Leopards, from puppies through adulthood need to consider important factors. Regardless of whether you’re dealing with the speed these dogs run at when at play or whether to get a rescue dog, you will need to consider a diverse range of factors.

Catahoula Leopards need a high-quality diet from the time they are puppies to thrive. When you are buying the right dog food for your pet, here are some important things to consider:

Catahoula Leopard puppy food: Hip dysplasia is a legitimate concern for Cataholas because of their size, making the right food as puppies vital. High-quality puppy food that includes calcium among its ingredients is ideal, whether wet or dry. The meat content should be lean, such as fish or poultry. These dogs should remain primarily on puppy food until two years old, and gradually transition to adult food.

Catahoula Leopard adult dog food: Adult Catahoulas should eat food designed for large, active dogs that contain nutrients protecting bone and joint health. Grain-free food might be an option worth considering. One of the things that you may want to look for is a food that contains glucosamine, or a supplement containing this nutrient.

The Catahoula Leopard has minimal grooming requirements, with a short coat. Weekly brushing is sufficient outside of the regular shedding season that occurs in early spring. Using a dog brush with stiff bristles followed up by polishing with a grooming mitt will keep your dog’s coat looking perfect. Catahoulas are not as susceptible to skin problems as some other breeds but may experience allergic dermatitis due to flea bites or other stimuli. Because Catahoula Dogs shed very little, their coats are largely hassle-free.

Catahoula Leopards are somewhat challenging to train in comparison to other breeds because of their independence. Socialization makes all the difference in ensuring that training is effective. Training sessions need to be short to reduce the risk of the dog getting bored. Owners need to remember that these dogs reach full maturity at two.

Catahoula Leopards have a high exercise level and can easily run at a high speed. These dogs need to live in a house that has a large enough yard for regular exercise. Catahoulas are not suitable for apartments or other small spaces, often becoming destructive when bored. These dogs require one or more walks a day or vigorous play in the yard for at least an hour daily. Fetch with balls or frisbees is perfect for this breed. Hiking and swimming are also excellent ways of keeping this dog stimulated.

Catahoula puppies require early socialization, regardless of whether they come from a breeder or a rescue. The earlier these dogs are socialized, the better they will get along with other dogs. Training at an earlier age helps Catahoula Dogs know what you expect of them.

Catahoula Leopards have a very affectionate temperament with children. Although they can keep up with the demands of kids very easily, their large size makes them less ideal for smaller children. Older children and teens will do best with these dogs.

Dogs that are similar to the Catahoula Leopard in colors are the Australian Shepherd and Australian Cattle Dog, while a similar breed in personality is the American Bulldog:

Popular names for Catahoula Leopards are:

Is Catahoula Leopard good with kids?

Catahoulas are generally good with kids, but caution is necessary around very young children because of the Catahoula’s size.

How long does Catahoula Leopard live?

Catahoula Leopards have a lifespan that averages 12 to 14 years.

Catahoulas are good family dogs that do well with active families, although they are best for older children.

Catahoula Leopards usually only bark to alert their owners.

The Catahoula Leopard Dog is a relatively rare breed outside of the American South.

What breeds make up a Catahoula Leopard Dog?

Wolfdogs were raised by the Choctaw tribe, along with Bloodhounds, Greyhounds, and Mastiffs introduced by Europeans.

How much is a Catahoula Leopard Dog?

How big do Catahoula Leopard dogs get?

Catahoulas are easy to train when they have been socialized and owners are consistent in their training.