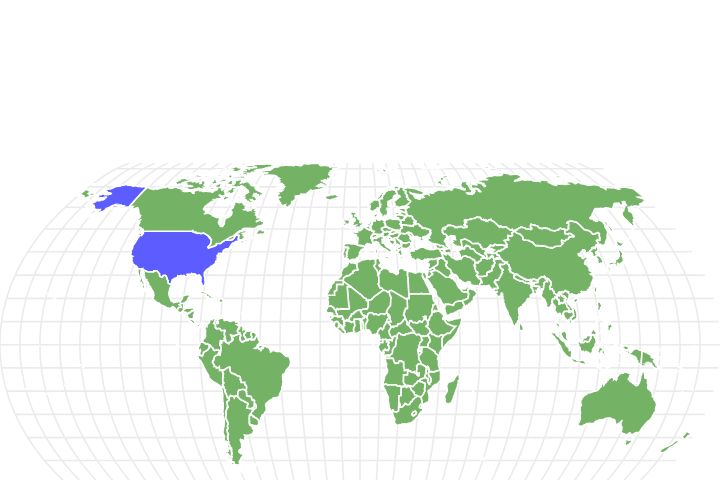 View all of our Eastern Rat snake pictures in the gallery.

View all of the Eastern Rat snake images!

Eastern Rat snakes earned their sobriquet from the fact that rats constitute a major part of their diet.

The Eastern rat snake is also known colloquially as the chicken snake because it has a reputation for devouring domesticated fowl eggs whole. Despite that, humans have long lived with these snake species because they maintain the population of rats and other rodents that follow the rise of human settlements. They’re also known as the black rat snake and are sometimes mistaken for the similarly shaped and colored North American racer. They’re daring predators and elusive prey that can adapt to urban lots, wetlands, and forests with equal capability. And with a population that stretches up almost the entirety of the United States‘ east coast, they’ve proven those capabilities many times over.

Where To Find Eastern rat snakes

The range for this species extends from the southern panhandle of Florida all the way up to north all the way into upstate New York. In fact, the only thing that seems to stop this reptile from spreading further is the presence of major geographical divides. The Appalachian and Chattahoochee Rivers both restrict the range of this species to the west, as do the Appalachian Mountains. Other states within the range of this rat snake include Maryland, Vermont, Pennsylvania, North Carolina, South Carolina, and Georgia.

But as cold-blooded reptiles, not every location is going to be suitable for this rat snake species. As one heads further north and into the higher elevation of the mountains, the harsh cold of the winter tends to stop expansion as well. Finding safe and suitably warm sites to brumate is critical if a rat snake wants to survive the winter. Their incredible range of mobility helps explain their ubiquitous presence along America’s east coast as well. They excel both at swimming and at climbing, and they’re capable stowaways who can hide in an attic or crawlspace for long periods of time without being noticed.

Though once considered a subspecies of the black rat snake, the Eastern rat snake’s etymology was changed in the early 2000s as part of a series of decisions that are still controversial in some zoological circles. The Eastern rat snake’s scientific name is Pantherophis alleghaniensis. Pantherophis refers to the genus that the Eastern rat snake belongs to — and while it literally translates as “panther snake”, there are few facts one way or another about why zoologist Leopold Fitzinger gave this snake genus that name in 1843. Perhaps the sleek black surface of its body reminded him of the black fur of the wild cat. Alleghaniensis is a reference to the Alleghenies — a portion of the Appalachians that serve as a loose dividing line between eastern and central rat snake ranges. Some argue that this system of identification prioritizes an arbitrary habitat range over more practical facts like a snake’s lifespan, habits, and colors for identification.

The Eastern rat snake has brought distribution throughout the eastern half of the United States, and it’s already proven itself to be adaptable to a thoroughly wide variety of habitats. But there are some places where these snakes are becoming harder to find. The species is considered threatened in the state of Vermont and endangered throughout the state of Maine. It wasn’t the first time that the Eastern rat snake was shifted elsewhere in the taxonomy as new facts came to light, and there’s a good chance that it won’t occupy its current location in that taxonomy forever.

How To Identify Eastern rat snake: Appearance and Description

Snake identification isn’t always easy, and that’s made even more true since eastern rat snakes often produce hybridized babies with other rat snake species and since the colors, patterns, and size of species members can vary according to latitude and location. Despite that, this species is also known as the black rat snake for a reason. The base of their body is typically a shiny black, although members of the species can also appear with brown, orange, or yellow colorations. This is especially true in the Florida panhandle where cross-breeding with other rat snake species has led to a more diverse breeding pool. From above, these reptiles might just look like a plain black rat snake, but their stomachs are characterized by a mismatched checkerboard of white and black. Further points of identification include a creamy mark on its chin and throat that can also appear white.

Males of the species are slightly larger than females, though not to a degree that size can be a point of identification for the casual observer. Their size can vary from a staggering seven feet to only half that. Baby snakes of this species look quite different from adults in terms of more than just size. A baby Eastern rat snake is born with a more elaborate pattern that combines strong gray and brown splotches over a tan base into a design that’s more directly camouflaged. This might be because baby and juvenile rat snakes are far more vulnerable to predators. An adult’s extra size is definitely an asset in that regard. Like other rat snakes, the head of this species is larger than its body.

Eastern Rat snake: How Dangerous Are They?

Eastern rat snakes are constrictors, and that means that they have no need for venom to disable their prey. Instead, they wait in ambush and pounce on their prey when it gets close. And while their bite might not be poisonous, their coils can effectively cut off blood to the prey’s brain and kill them without even needing to make a single bite. In fact, these snakes don’t really like to bite at all. Generally shy and even-tempered, they’re more likely to retreat from humans than to give chase or bite. And in instances where a rat snake really does feel compromised and bites out as a defensive mechanism, it’s unlikely you’ll even need professional medical attention.

That docility has facilitated the spread of the eastern rat snake as a model species for new pet parents. Their adaptability to a wide range of habitats means that you have to be less precise with the humidity and temperature in their tanks. Their lifespan of 10 to 15 years is a good range for a pet snake, and their diet is easy to accommodate since they mostly eat rats and other rodents. Eastern rat snakes are actually common and helpful predators in residential yards. They do a great job of keeping pest populations under control, and you never have to worry about a poisonous surprise from them.

Eastern rat snakes have no venom and instead squeeze their prey to death.

How do Eastern rat snakes hunt?

As ambush predators, these rat snakes hide under the cover of leaves or other foliage and wait for their prey to come to them.

Eastern rat snakes have mild personalities and will generally flee before becoming aggressive. Their multiple defense mechanisms include the ability to give off a pungent smell.

Where do Eastern rat snakes live?

Eastern rat snakes can live in a diverse array of habitats stretching all the way up the United States east coast and inland to the Appalachian Mountains.

What do Eastern rat snakes eat?

As their name would suggest, rats are a staple of this snake’s diet. But they can also eat a variety of other rodents and small lizards. Chicken eggs are a particularly tantalizing delicacy for the Eastern rat snake.

Where do rat snakes live?

Rat snakes are one of the most prolific types of snakes on the planet, and these constrictors can be found on every continent other than Antarctica. Africa, North America, and Asia both have their own unique rat snake species.

Are rat snakes good to have around?

Since they’re not poisonous but they are effective at killing rodents and other vermin, Eastern rat snakes are frequently a positive presence in the yard.

They won’t cuddle you like a cat or a dog would, but Eastern rat snakes are one of the best species to keep as pets. They’re praised for their gentle personalities and calm demeanors.