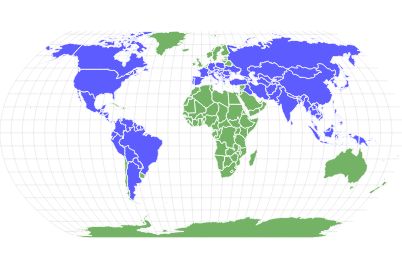 View all of our Rat Snakes pictures in the gallery.

View all of the Rat Snakes images!

Rat snakes live in a wide range of environments.

There are roughly 50 rat snake species spread across 15 genera; they’re non-venomous and helpful garden allies. You can find them in most parts of the Northern Hemisphere, and they come in a variety of colors and patterns. They’re all oviparous and lay eggs in hollow tree stumps and quiet corners full of leaf litter; they’re also not typically aggressive.

Like the Rhinoceros snake (G. boulengeri), some sport a bright green color and a rhino-like nose; others, like the Eastern fox snake (P gloydi), are more discreet; they sport a shield pattern on their backside. These varied and adaptable snakes live in a wide range of environments.

Rat snakes are terrific climbers. Most species spend a significant amount of time in trees, on the tops of buildings, and in and around the rafters looking for their next meal. The joke about these snakes in some areas is that it’s probably a rat snake if it got into a weird place.

Where to Find Rat Snakes

These snakes are widespread; most areas of the Northern Hemisphere host at least a few of these snakes. They live in various habitats, including dense rainforests, semi-arid fields and farmland, and arid deserts. Rat snakes are regularly found in odd places, like the eaves of a roof or climbing up a brick wall. They are excellent climbers, and they often climb trees, fences, and other obstacles to get to their meal.

They’re active daytime (diurnal) hunters and eat a variety of rodents, including rats, mice, and even squirrels and chipmunks. Juveniles will sometimes eat lizards, but the adults almost exclusively prefer warm-blooded prey.

Most rat snake species have adapted well to humans, and many are found on the hunt, slithering around the edges of homes and buildings.

Rat snakes are a large group of snakes from the suborder Colubrinae in the family Colubridae. Colubridae is the largest family of snakes; its members make up approximately 75% of all snake species. Some species were reclassified from Elaphe to other genera in recent years, including Pantherophis, Orthiophis, Zamenis, and others.

It gets better – not all the groups that research and name reptiles agree. For example, in 2002, herpetologist Urs Tiger suggested renaming most North American species Pantherophis, the Global Biodiversity Information Facility (GBIF), and the Society for the Study of Amphibians and Reptiles (SSAR) agreed; they now recognize Pantherophis. However, International Commission on Zoological Nomenclature (ICZN) and the Convention on International Trade in Endangered Species (CITES) don’t appear to, but those things can and do change.

There are approximately 50 species of these harmless reptiles. The Old World species inhabit Europe & Asia, while the New World species inhabit the Americas. They’re primarily arboreal and have a wide variety of patterns – they can be blotchy or striped, or solid-colored. A few have long pointy noses, and some are multi-colored.

This group of rat snakes lives in most places in the Eurasian continent and into Southeast Asia.

This is another Southeast Asian species. Mountain rat snakes are the only species in Oreocryptophis.

Green bush snakes are bright green, and range from 3 to 4 feet long. They inhabit areas of Burma, China, India, Malaysia, Thailand, and Vietnam.

Spilotes is a single-species genus and the chicken, or yellow rat, snake (S. pullatus), occurs from Eastern Mexico into South America in southern Brazil, southeastern Paraguay, and northeastern Argentina.

There are a few listed on IUCN Redlist as vulnerable or endangered, such as the cave racer (E. Teniura) and pearl-banded rat snake in China (E. perlacea). Still, the IUCN Redlist says that most species have stable populations. However, many aren’t on the list because there isn’t enough information.

Many animals prey on rat snakes, including weasels, badgers, birds of prey, coyotes, and other snakes. Their main threat varies depending upon where they live. Human encroachment can be an issue, but more often, it’s vehicle encounters and illegal harvesting of the snakes for the pet trade. In some areas, weather such as a hurricane is a threat because of the flooding caused by the storms.

These snakes are medium to large, sometimes very long, somewhat slender. They are constrictors from the Colubridae family and kill their prey by grabbing onto it and suffocating it. They range in length from 3 feet to over 9 feet long, and their favorite pastime seems to be getting into odd positions that defy logic. For example, people routinely find a rat snake wedged into the grout lines of bricks as it makes its way from one place to another. They can’t grab onto the bricks like a lizard can, so they wedge themselves into cracks and crevices using their belly scales as leverage for movement.

In most species, their heads are turtle-shaped, some have what looks like a ghost in the pattern on the tops of their heads, and many have a lighter background color with darker shield-shaped patterns down the length of their backs. Of course, not all have these features, but enough of them make identifying them easier.

How Dangerous are Rat Snakes

These aren’t dangerous to humans. However, some snakes in the Old World group have very mild venom in their mouths that does not affect people or dogs; none of them have fangs to inject any venom. A few of the larger species can deliver a painful bite because they have strong jaws.

Sometimes rat snakes will get into chicken coops and eat the eggs and chicks, so some people aren’t excited about seeing one. They can get very long, so they sometimes look dangerous, but they’re harmless.

Many species have adapted well to humans and hide out under houses, in attics, and around yards. Rat snakes are active daytime hunters. However, some are flexible, so they also hunt in the early evening and morning hours.

If you find one in your garage, there’s nothing to fear. Rat snakes are appropriately named; they eat rats and mice that cause damage. Unfortunately, they also eat chicken eggs and chicks if they can. They may also frighten you by poking their heads out from some crevice above your head.

If you startle one, it will rattle its tail against something to make some noise imitating a rattlesnake, and it may bite, but unless it’s a giant rat snake, it probably won’t hurt very much and will only need a little basic first aid.

They’re not dangerous to humans and are non-venomous. Some Old World rat snakes have a small amount of weak venom that doesn’t affect humans or dogs, but they have no fangs and cannot inject it.

How do rat snakes hunt?

Most rat snakes are primarily arboreal and cruise through the trees hunting for their prey.

Where do rat snakes live?

What do rat snakes eat?

They’ll eat lizards, birds, and bird eggs, but most prefer mammals like rats and mice.

What are the key differences between a rat snake and a coachwhip snake? 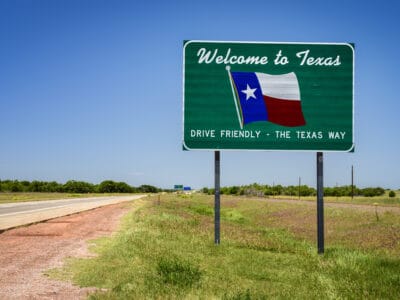 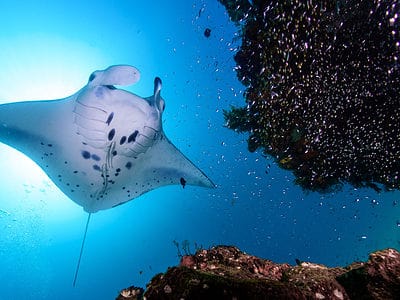 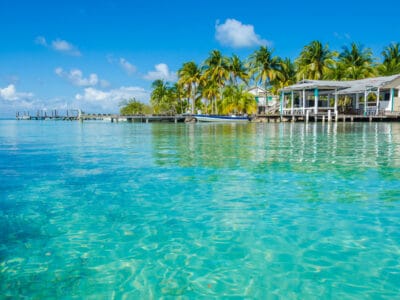 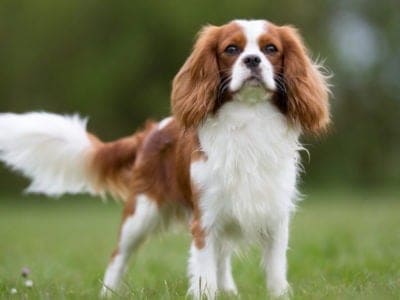 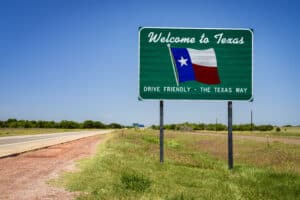 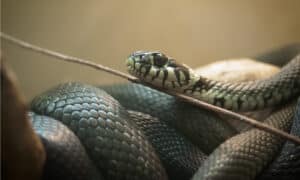 Ratsnakes In Florida: The Complete List And How To Identify 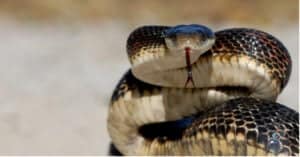 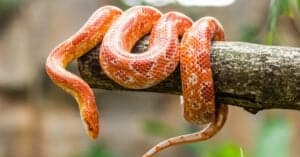 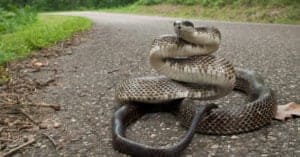