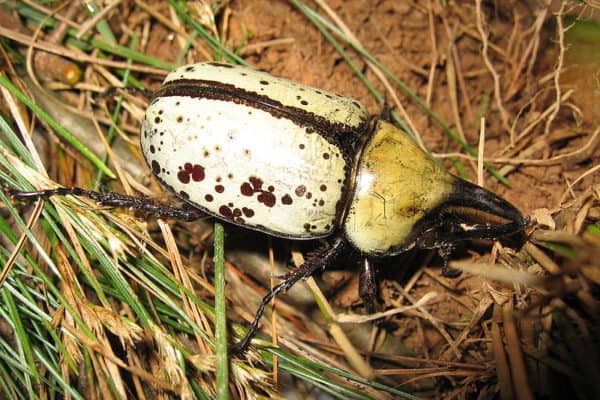 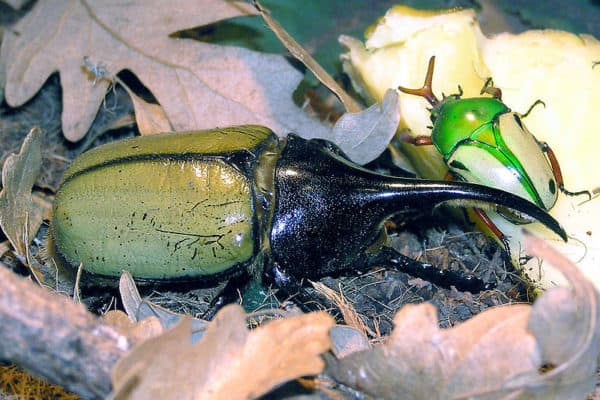 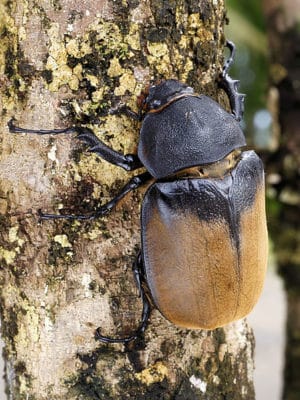 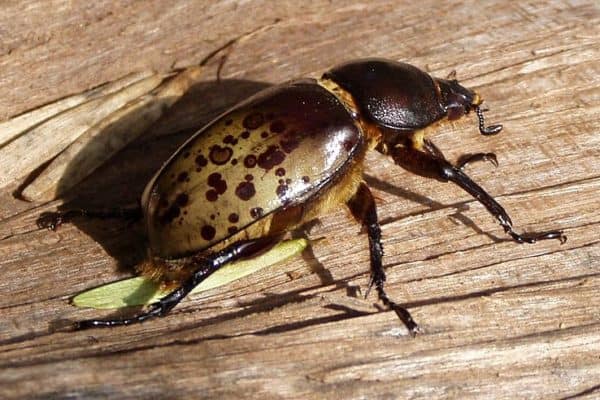 The Hercules beetle is found throughout the tropical jungles and rainforests of Central and South America, where the Hercules beetle spends the majority of its time foraging through the leaf-litter on the forest floor in search of something to eat. The fallen debris also helps to hide this enormous insect as it moves about.

There are thirteen known species of Hercules beetle found in the jungles of South America and the Hercules beetle was named for its sheer size as some males have been known to reach nearly 7 inches in length. Although it is quite rare for these beetles to get quite so big, the average adult Hercules beetle is usually between four and fifteen centimetres long depending on the species.

The Hercules beetle is an omnivorous animal but it;’s diet both in its larvae and adult stages, is primarily made up of decaying plant matter. Rotting wood is the favoured meal of the Hercules beetle, along with fruits and other plant matter and the occasional small insect.

The Hercules beetle is said to be the strongest creature on earth for its size, able to carry 850 times its own body weight but these enormous insects are still hunted by numerous animals throughout the jungles of Central and South America. Bats, rats and birds are the main predators of the Hercules beetle along with reptiles and omnivorous mammals.

Today, the Hercules beetle is threatened as much of its natural habitat has been lost to deforestation or been affected by both air and water pollution.