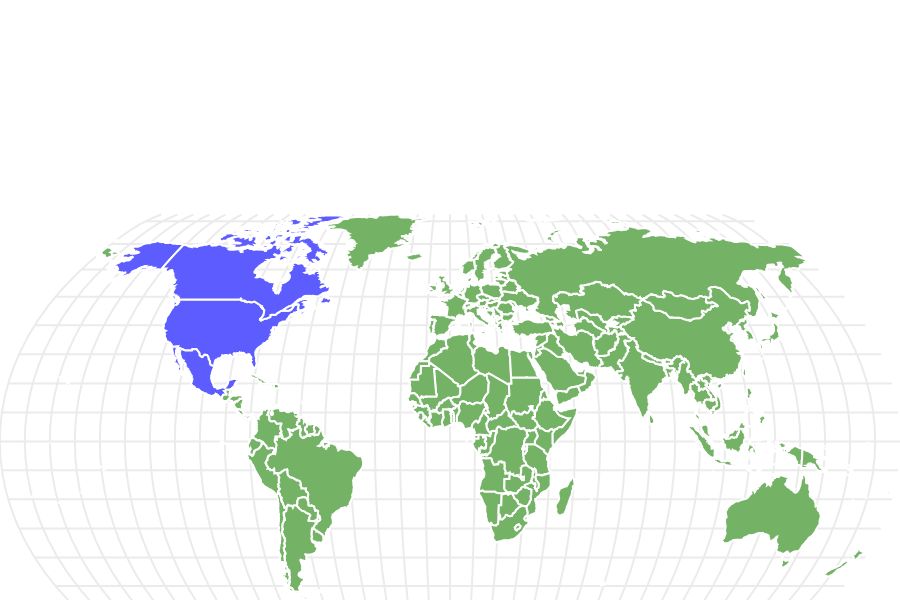 Color
Skin Type
Fur
Top Speed
5 mph
Lifespan
2 to 5 years though some giant kangaroo rats have been known to live for over 9 years
Weight
4.5 ounces
Height
2 to 4 inches at the shoulder
Length
As long as 14 inches, with an 8-inch tail and 6-inch body. Males are larger than females.
Age of Sexual Maturity
About 100 days
Age of Weaning
22 to 25 days

View all of our Kangaroo Rat pictures in the gallery.

View all of the Kangaroo Rat images!

Though the kangaroo rat is an immensely cute beast, it is one of the champions of the animal kingdom when it comes to jumping prowess.

One of these little animals can jump as much as 9 feet. If an average human could jump that distance, they would be able to jump over 20 feet at a time! Not only that, the kangaroo rat has adapted so beautifully to its desert habitat that it hardly ever, in its life, needs a sip of water.

The name of the genus to which these animals belong is Dipodomys. “Dipodo” is from the New Latin dipodo, which means two feet. Mys is also from the New Latin, and means mouse. This is probably because the rodent is largely bipedal and looks like a mouse. Species are:

These rodents are small, with bright, dark eyes and big round heads, and most species have four toes on each hind foot. All have powerful hind legs that allow them to jump many times the length of their own bodies. It is these hind legs that give them the name “kangaroo rat.” Their front legs are much smaller. Their tails, which are used for balance, are tufted and longer than the rest of the animal’s body. The rodent also has cheek pouches lined with fur. The rodents fill these pouches with seeds and deposit the seeds in caches found on their territory. The animal also has relatively long, soft fur in shades of brown and gray, and a white belly.

The most notable thing about the animal’s behavior is the length of its jump. It jumps to avoid predators and also employs what’s called a move-freeze mode to make it harder for predators to find them. In this mode, they go completely still, then move suddenly.

These animals live in burrows beneath the sand or soft soil of the desert. There is only one adult per burrow. They keep to these burrows during the hottest part of the day and during storms and other bad weather and come out at night to forage. Spending all day in their burrow helps to conserve precious water and avoid predators at the same time. The burrows, like apartments, have different rooms for different activities, such as sleeping, and some kangaroo rats mate in their burrows. Their territories are usually between 200 and 300 feet around and overlap. These animals are usually solitary, but they come together to mate and to find food.

Males appear to have some kind of social hierarchy, and the more dominant males have more access to the females when it’s time to breed. They’ve also been shown to fight each other by springing into the air and kicking at each other with their hind legs. Females are more peaceable.

Though these animals has a variety of vocalizations, most species communicate by drumming their feet.

They are found in deserts from below sea level to as high as 7000 feet above sea level. Ord’s kangaroo rat is often found at this type of elevation. This species is also notable for being able to live in burrows built in shifting sand dunes. The types of deserts where others live include scrubland, which is the home of the giant kangaroo rat, creosote flats, washes, and open grasslands.

These animal’s diet is predominantly made up of seeds and beans, which they collect in their cheek pouches and take back to their territories. These seeds and beans come from such plants as creosote bushes, ocotillos, and mesquite. The animal collects more seeds than it needs at one time and stores them for later. Giant kangaroo rats allow seeds to dry out in piles or pits known as haystacks before they take them into their burrow. When seeds and other vegetation are scarce, the rodents will eat moths, grasshoppers, and other insects. They have been known to eat commercial grain such as wheat.

These animals have a wealth of predators. Nearly every carnivorous animal that lives or visits the desert regards them as prey, including pet dogs and cats. Their traditional habitat is also being seized for agriculture and housing for humans.

These rodents do not mate for life nor restrict themselves to one partner when it comes to reproduction. When a female is fertile, she will mate with many males. Before mating, the male and the female will chase each other around in a way that seems playful to a human bystander. These animals are ready to mate when they’re about three months old, and the female can produce several litters containing an average of three pups a year. The rate of reproduction is higher during years when there is abundant food.

The female is pregnant for a little less than a month before she gives birth. Before that, she makes a nest lined with fur. The babies are blind and furless. They’re weaned after about 25 days, and by their third week of life, they are independent, though they can stay with their mother for a few more months.

There are, at last count, over 20 species. The largest is the giant kangaroo rat, whose numbers are decreasing due to the loss of its habitat. It is currently under study.

Though its conservation status is least concern, the California kangaroo rat population is declining because of the devastating droughts that affected California from 2013 to 2015. The droughts desertified the grasslands that are this kangaroo rat’s habitat.

The big-eared species most closely resembles its distant cousin the jerboa because of the large size of its ears.

The Fresno kangaroo rat is vulnerable because of habitat destruction, and it is the smallest species. Its head and body are only 4 inches long.

The banner-tailed species is one of the larger species and is known for its striped tail, which it waves like a banner.

Like the giant kangaroo rat, the panamint kangaroo rat is different from other species because it has five toes on its hind feet. This is also true of Heermann’s kangaroo rat. The panamint species also has an exceptionally long tail.

The chisel-toothed species has 13 subspecies, and they can be told from other species by the shape of their teeth. They are saltbush specialists and have evolved adaptations to flush the salt from the plant from their bodies while holding on to the water.

The San Quintin species is only found in Baja California and is considered critically endangered.

The jerboa and kangaroo rat evolved in different parts of the world, but over the eons developed adaptations to live comfortably in deserts and to be able to quickly evade predators thanks to powerful, springy hind legs. Differences include the jerboa’s habit of building more than one burrow. A jerboa can build a burrow for the daytime, another for night, a burrow for summer, and a burrow for winter. Jerboas hibernate during the winter, while kangaroo rats do not.

One reason why jerboas hibernate and kangaroo rats don’t is that jerboas don’t cache their food the way kangaroo rats do. Kangaroo rats can eat the seeds they have stored throughout the winter. Jerboas also can’t eat hard seeds, though they eat insects, grass, and mushrooms. They travel widely for food, while kangaroo rats do not like to leave their small territories. The jerboa also has three as opposed to four or five toes on its hind feet.

Some species of jerboa are sociable, such as the Greater Egyptian jerboa. They also occupy a greater variety of habitats, including marshes and pastures, than the kangaroo rat.

What is a kangaroo rat?

A kangaroo rat is a desert-dwelling rodent whose powerful hind legs allow it to jump long distances like a kangaroo. The animal’s long tail helps it to balance.

What does a kangaroo rat eat?

What's the difference between a jerboa vs. a kangaroo rat?

Jerboas and kangaroo rats are both desert rodents with powerful hind legs that allow them to jump great distances. One difference is that the jerboa is found in Africa, Asia, and the Middle East. Some species have long ears that make it truly resemble a miniature kangaroo.

Where do kangaroo rats live?

Kangaroo rats live in the deserts of western and southwestern North America.

How many types of Kangaroo rats are there?

There are at least 22 different types of kangaroo rats.

The kangaroo rat has adaptations to get all the water it needs from its food, which is mostly seeds.

Does the kangaroo rat die after drinking water?

It is true that a kangaroo rat can die after drinking water. This is because when it has too much water in its system, its body flushes it out. Unfortunately, this also flushes out nutrients the animal needs and can lead to its death.

Can you have a kangaroo rat as a pet?

Some people try to keep kangaroo rats as pets, but unlike mice, gerbils, and hamsters, kangaroo rats aren’t the easiest pets to take care of. Despite its small size, it needs a lot of space in which to dig and run around, and the substrate of its enclosure needs to be soft enough for it to do this. It is temperature-sensitive, must have a quantity of natural light, and has a specific diet that may be hard for the owner to obtain. Unlike hamsters and gerbils, a pet kangaroo rat does not like to be cuddled or handled.

Some species of kangaroo rats do eat the pads and just sprouted buds of some types of cactus.