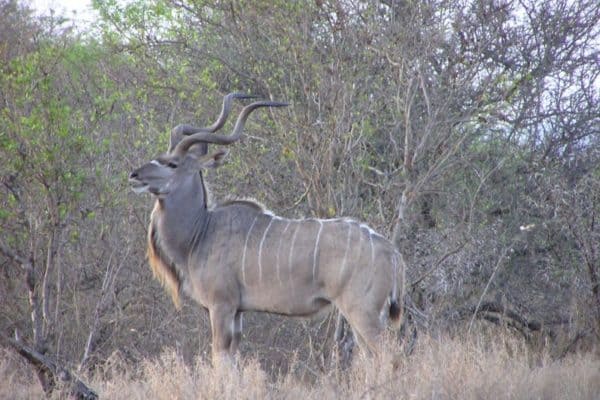 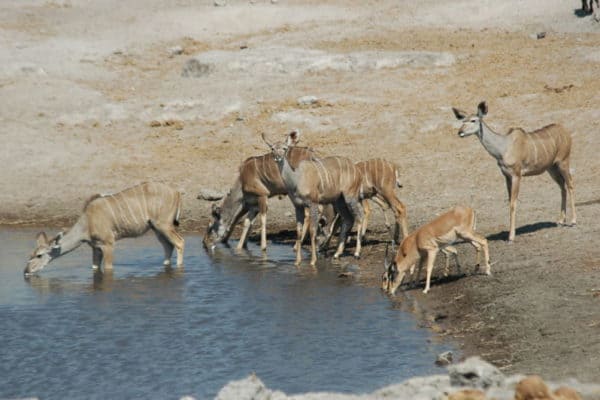 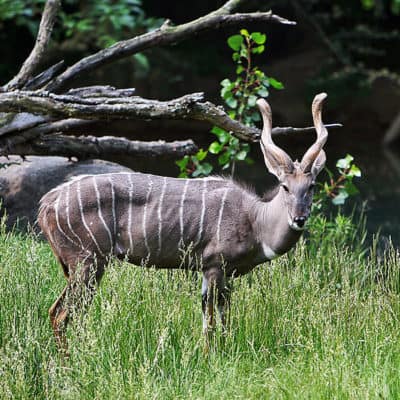 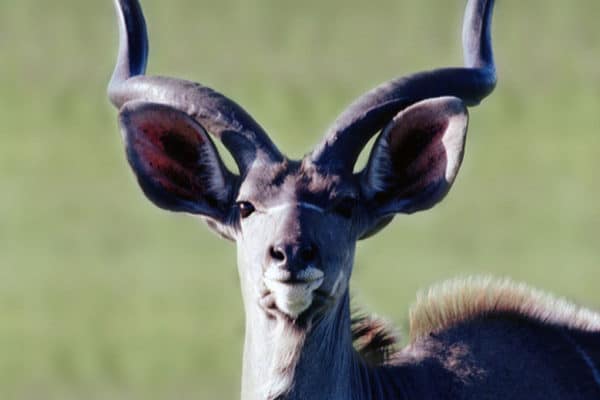 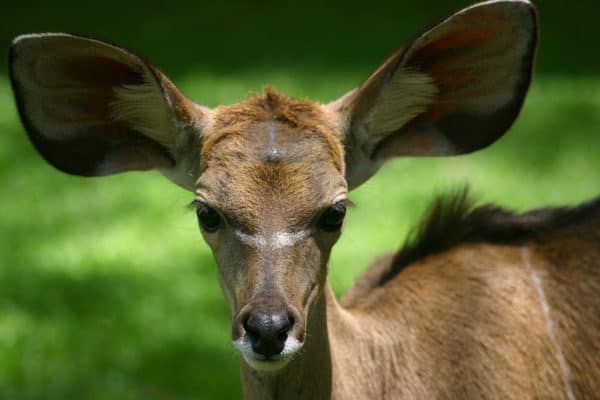 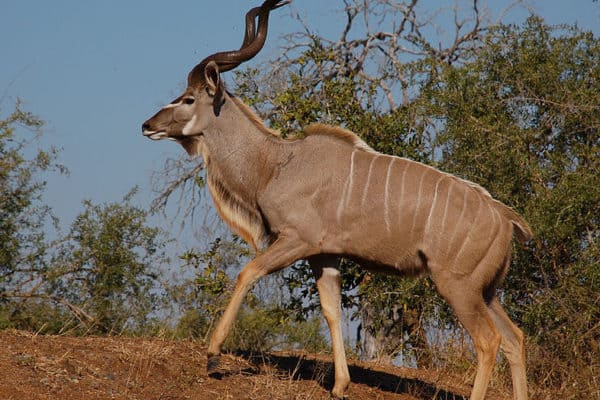 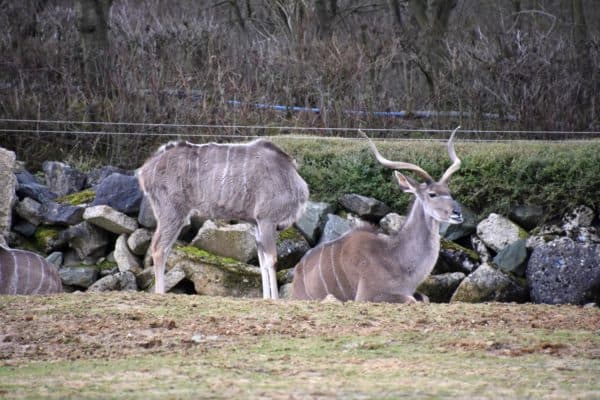 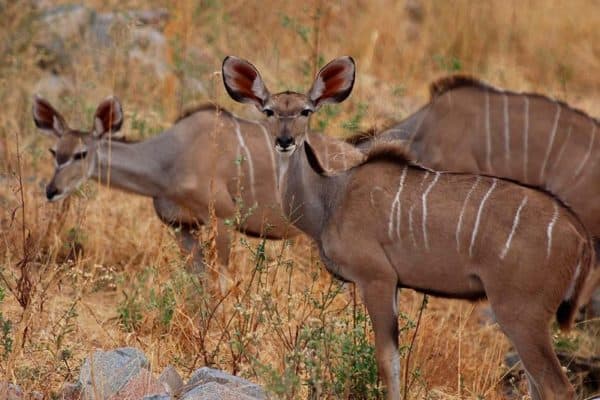 The kudu is a sub-species of antelope that is found inhabiting mixed shrub woodland, and savanna plains in eastern and southern Africa. The kudu relies heavily on close, dense thickets in which the kudu can escape to and hide when it feels threatened.

Kudus are herbivorous animals and therefore have a completely vegetarian diet. Kudus forage in woodland and around thickets of shrubs nibbling on leaves from the trees and bushes. Kudus also eat other varieties of plant life such as herbs, flowers, berries and fallen fruits.

Kudus are prey to a number of predators such as lions, leopards, cheetahs, wild dogs and the occasional large python that will hunt the smaller and more vulnerable kudu young. Kudu are able to run very fast but often have a hard time outrunning predators so the kudu rely on their agile ability to leap into forest and woodland where large carnivorous predators find it harder to chase them. The kudu will then often hide in woodland until the predator have eventually given up and left.

Kudus live in small herds of up to 24 kudu individuals. The kudu herds mainly consist of female kudus and their calves as male kudus tend to solitary and only come together with other kudus when it is time to mate. It has been known that groups of up to 8 male kudus will form a herd but this is very rare.

The kudu mating season occurs at the end of the rainy season. The kudu gestation period is around 8 months after which time the female kudu will normally give birth to just one baby kudu. The baby kudus tend to be born around February and March when the grass is at it's highest and there is plenty of food to help the baby kudu calves to grow.

Kudus have both benefited and suffered from contact with humans. Humans find the kudu an easy target for hunting due to the fact that kudus tend to stop and look around after they have run away. Some local tribes people believe the kudu to be a sacred animal and therefore protect the kudu rather than killing it. Human settlements have also meant that the kudu habitat as changed and the kudu have had to move to other areas. This has actually done the kudu population the world of good as the kudu have been pushed into areas where there is a better source of water and therefore food.