no stomach to digest food 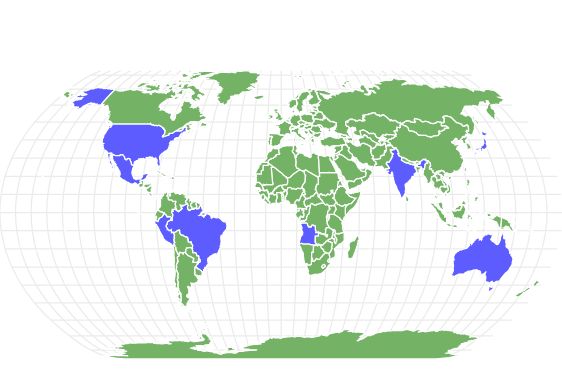 View all of our Needlefish pictures in the gallery.

View all of the Needlefish images!

Needlefish are one of the odder inhabitants of the oceans, given their looks and behavior.

Their name comes from their jaws containing numerous sharp teeth and their thin, elongated bodies, which resemble North American freshwater gars. In the wild, needlefish live in social groups and will migrate between adjacent areas like the Atlantic Ocean and the Caribbean Sea to find different feeding areas. Scientists know little about their ancestors but believe they have a long lineage coming from land animals.

1. Bright lights at night lure needlefish, which is why they congregate on shores and bays.
2. Needlefish do not have stomachs. Their digestive system secretes trypsin, which helps break down food.
3. Most species have green or blue bones and flesh.
4. They can jump out of the water as fast as 38 mph.
5. Needlefish swim near the surface of the ocean in shallow waters.

Needlefish belong to the class Actinopterygii, the class encompassing ray-finned fishes, comprising more than 50% of living vertebrates. They are one of the six families of Beloniformes, further divided into the family Belonidae.

More than 60 species are scattered through the world, mostly in subtropical climates, although some species have been known to inhabit temperate waters. One of the more widely distributed species is the Keeltail Needlefish, with the scientific name Platybelone argalus, found in the Atlantic, Pacific and Indian oceans. True needlefish have ten commonly recognized genera: Ablennes, Belone, Belonion, Petalichthys, Platybelone, Potamorrhaphis, Pseudotylosurus, Strongylura, Tylosurus and Xenentodon.

Needlefish are darker from above, with generally blue to green coloration and silvery on the bottom. This coloration allows them to camouflage from predators and blend in with their surroundings. The largest grow to about four feet in size, but you’ll find a considerable range in size. For example, Keeltail needlefish range from about 17 to 20 inches long, about three to four times smaller than the Houndfish. The Belonion apodion and Belonion dibranchodon are among the smallest in size, at about two inches long.

Needlefish distribution is worldwide in tropical and warm temperate waters. Their western Atlantic range spans from Maine on the north to Florida on the south and in the easter Atlantic from Dakara to Angola. They also range from northern Florida southward to Brazil and inhabit the entire Caribbean region. Pacific habitats include Mexico, where they are frequently caught and used in Mexican recipes, south to Peru and from Japan and the East Indies in the easter Pacific, south to Australia.

They inhabit shallow, coastal waters near islands estuaries and coastal rivers. While most species live in saline or brackish waters, some species are found in freshwater inland rivers in Florida and Alabama. At night, you may find them on reef flats and during the day around jetties. Juvenile needlefish about two inches in size frequent seagrass beds in some marshy regions. Needlefish gather in large schools to travel and to have a better chance of survival. Younger fishes sometimes congregate in bays and inlets.

Larger fish, like tuna and dolphins, prey on needlefish, as well as humans who catch and eat them. Their habit of swimming close to the water’s surface, along with slender bodies and thin bones, makes them easy prey for eagles, hawks and ospreys. However, as they have large numbers worldwide, they are not considered threatened. Needlefish have a varied diet, eating primarily small marine creatures like small fish and crustaceans like shrimp, plus killifishes, cephalopods and silversides. Freshwater species prey on tadpoles, frogs and insects. Juveniles consume plankton until they are big enough to eat other prey. Almost every needlefish species has a slender body and less pronounced dorsal fins and anal fins. It helps these fish to attack with speed and precision. Their jumping behavior may also be involved in hunting as they use the momentum when they fly back into the water to catch small fish. They often stalk prey and catch them with a sideways sweep of their jaws. Although they are not aggressive predators, they will sometimes gorge themselves one day and then hardly eat the next.

Needlefish breed primarily in May and June because of warmer waters, but spawning can occur throughout the year. Usually, more than one. Their eggs have a sticky thread that gets tangled in seaweed or floating debris. Babies hatch in about 10 to 15 days. Juveniles often shelter in mangroves before moving out to deeper water. When the eggs hatch, the larvae begin to feed immediately. Their maximum age is unknown, although those in captivity generally live three to five years. Lifespan and growth vary due to available food and factors like water temperature, dissolved oxygen and salinity.

Freshwater needlefish, with the scientific name Xenentodon cancila and native to Southeast Asia, are often kept as aquarium fish, living three to five years. Scientists believe that Keeltail needlefish can live up to eight years. When in captivity, freshwater needlefish are best kept by themselves or with peaceful species like cichlids, catfish or sleeper gobies as they otherwise get stressed by more active fish.

Needlefish in Fishing and Cooking

They are considered gamefish as they are caught with trammel nets, casting with a lure and trolling at the water surface. Needlefish are a popular dish in certain parts of the world, particularly in Central and South America and throughout most of the Caribbean. Angelhinha Frito is a popular needlefish recipe served at beach bars throughout Brazil.

The worldwide population of needlefish is unknown, but they are abundant in many areas of the world. Their IUCN Redlist conservation status is of least concern.

Even though needlefish generally aren’t very large, their long, thin anatomy with sharp teeth, plus their unique jumping behavior make them dangerous to humans in certain circumstances. Their sharp jaws and teeth can pierce people’s brains and torsos, killing them when the fish jump out of the water at high speeds and attack them. Larger species of needlefish, such as Houndfish, are more dangerous than smaller varieties. Nighttime fishermen working via bright lights in shallow waters are particularly in danger as trawling lights lure them, making them tend to jump over boats instead of swimming under them. Schools of needlefish in various areas in and near the Pacific Ocean have been known to jump out o the water together. Their beaks can break off inside a human body after an attack and lodge there. Documented attacks of deaths caused by needlefish have occurred in Hawaii and Vietnam. For many Pacific Islanders, needlefish pose a greater danger than sharks.

Needlefish aren’t normally dangerous, but they will bite if they feel threatened, often jumping out of the water to do so.

Is a needlefish a gar?

Freshwater gars resemble needlefish, which is why some species are referred to as gars or garfish. However, gars and needlefish are only distantly related.

Is needlefish good to eat?

Although the flesh has a blue-green tint, needlefish turn white when cooked. The most common recipes call for fried needlefish.

Is needlefish a swordfish?

Needlefish and swordfish belong to different families. Swordfish are members of Xiphiidae, while needlefish are Belonidae.

How big do needlefish get?

Some species of needlefish can grow up to 37.4 inches long.

Needlefish have been known to kill humans, but usually, it’s accidental. Their jumping behavior, combined with their long jaws with sharp teeth, have resulted in fatal puncture wounds.