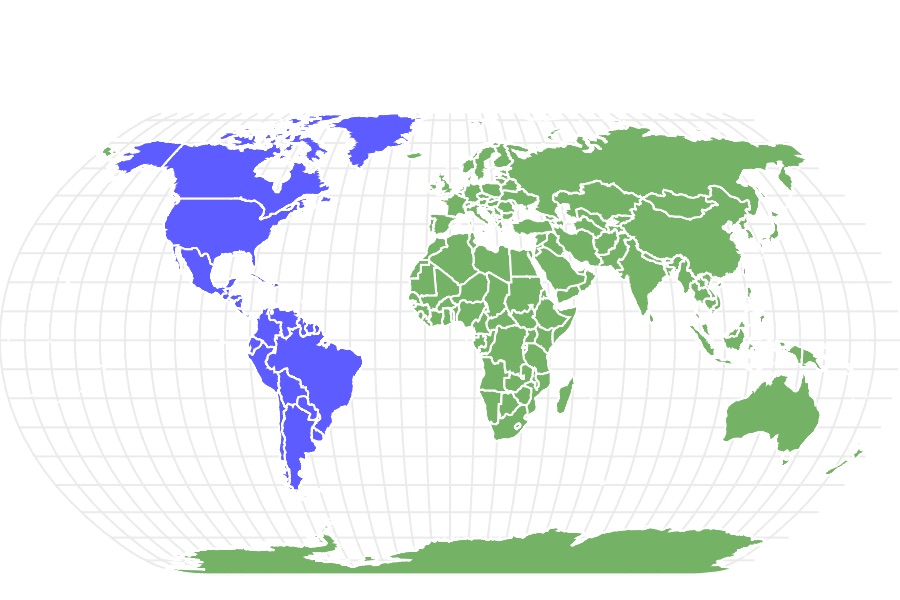 View all of our Panther pictures in the gallery.

View all of the Panther images!

The Panther (also commonly known as the Black Panther) is a large member of the Big Cat family, native to Asia, Africa and the Americas. The Panther is not a distinct species itself but is the general name used to refer to any black coloured feline of the Big Cat family, most notably Leopards and Jaguars. The Panther is an elusive and powerful animal that has adapted well to a variety of habitats around the world, and is known to be one of the strongest climbers of all felines. Although the Panther is not technically classified as a separate species, they are considered to be endangered by many due to the declining numbers of both Leopards and Jaguars throughout much of their natural ranges.

The Panther tends to be dark brown to black in color and is otherwise identical to the feline species to which it belongs. The only real exception to this is the Florida Panther found in the south east region of the USA, that is believed to be a subspecies of Cougar and is quite rarely dark brown in color and tends to have more of a speckled appearance. Like Leopards and Jaguars, Panthers also have spots. Though they are so dark they can be difficult (if not impossible) to see against the shiny coat of dark fur. Panthers are animals with small heads, strong jaws, and emerald green eyes and tend to have hind legs that are both larger and slightly longer than those at the front. Being a member of the Big Cat family, the Panther is not only one of the largest felines in the world but it is also able to roar which is something that felines outside of this group are not able to do.

Panthers are animals that are natively found on three of the world’s continents, with their location depending on whether or not it is a black Leopard or a Black Jaguar. There are 30 different subspecies of Leopard found across both Asia and sub-Saharan Africa, and with the once large natural range of the Jaguar stretching throughout Central and South America and even into parts of the USA, the Panther has become an incredibly adaptable animal that is found in a variety of different habitats. Although they are most commonly found in tropical and deciduous forests, the Panther can also be found inhabiting both marsh and swampland, along with grasslands and even more hostile areas such as deserts and mountains. Along with a number of the world’s largest felines, the Panther is becoming rarer in the wild primarily due to habitat loss in the form of deforestation.

The Panther is an incredibly intelligent and agile animal that is very seldom seen by people in the wild as they are generally very quiet and cautious animals. Their dark brown fur camouflages the Panther both into the surrounding forest and makes them almost invisible in the darkness of night. The Panther is a solitary animal that leads a nocturnal lifestyle, spending much of the daylight hours resting safely high in the trees. Like both the Leopard and the Jaguar, Panthers are incredible climbers and they not only rest in the trees but they are also able to keep a watchful eye out for prey without being spotted. The Panther is an incredibly powerful and fearless animal that is feared by many due to the fact that they are also very aggressive. The Panther is very territorial particularly males whose home ranges overlap those of a number of females and they are threatened by another male.

You can check out incredible facts about panthers.

Although there are only two different species of Big Cat that are considered to be Panthers, Leopards and Jaguars are actually very closely related despite living in separate parts of the world. Black Leopards and Jaguars often occur in the same litter as spotted cubs with the female usually giving birth to between 2 and 4 cubs after a gestation period of around 3 months (it is a simple recessive gene that makes a cub black and one that is carried by both parents). Panther cubs are born blind and do not open their eyes until they are nearly two weeks old. They are incredibly vulnerable to predators, particularly when left by their mother who must hunt for their food. By the time they are a few months old Panther cubs begin to accompany her in search of prey and often won’t leave her until they are nearly 2 years old and have established a territory for themselves.

The Panther is a carnivorous animal and one of the most feared and powerful predators throughout its natural environment. Hunting under the cover of night, the Panther’s dark fur makes it almost impossible to spot meaning that it can move through the jungle completely unseen. Although the majority of their hunting is actually done on the ground, they are also known to hunt from trees meaning that they can ambush their prey from above. The exact diet of the Panther is dependent on where in the world it lives although medium to large sized herbivores comprise the bulk of the diet of many large Cats. Animals including Deer, Warthogs, Wild Boar, Tapir and Antelope are all hunted by Panthers, along with smaller species like Birds and Rabbits when larger prey is scarce.

The Jaguar is the largest feline in the Americas and so Panthers in the New World are the most dominant predators within their environments. Those found in Africa and Asia however are occasionally preyed upon by other large carnivores such as Lions and Hyenas, but the most common predator and biggest threat to all Panthers is people. Not only have these rare animals been hunted by people throughout much of their natural range but they have also been subjected to drastic habitat loss particularly in the form of deforestation for both growing Human settlements and to make way for agriculture. Population numbers of large Cats are declining all around the world and when they are being pushed into smaller and smaller pockets of their native habitats, Panthers are becoming even rarer than they already were.

Although technically only black Leopards and Jaguars are generally considered to be the only true Panthers by science, the term is also used to describe a number of other dark coated Cats by locals in their native habitats including Cougars, Tigers, Pumas, Lynxes and Bobcats. The Black Panther is seen to be one of the most intelligent and ferocious predators in America so the image of a Panther is widely used as a logo or as a mascot for sports teams. Some Panthers are actually able to swim, although not those that are Leopards, as Jaguars are known to have a real love of water. Not only do these individuals prefer flooded forests but they spend a remarkable amount of time swimming, playing and hunting in the cooling water.

The world’s Big Cats have been hunted by people as both trophies and for their fur particularly over the past couple of centuries. This caused enormous declines in population numbers of both Leopards and Jaguars with them having actually completely disappeared from some areas of their historic range. Panthers have also been subjected to severe habitat degradation throughout much of Asia, Africa and America which means that these elusive predators are now even rarer. They are very rarely seen by people who are only really ever aware of a Panther’s presence by their tracks left on the ground and scratch marks on trees. They are in fact so sneaky that Panthers are often referred to as ‘the ghost of the forest’.

Although the Panther is not considered to be a species itself by science, both Leopards and Jaguars are becoming increasingly vulnerable throughout much of their natural range and are listed as Threatened species by the IUCN. However, due to the fact that two gene carrying individuals must mate to produce a Black Panther and the chances of this are decreasing with habitat loss, many wildlife experts consider these animals to be endangered all around the world.

Are Panthers herbivores, carnivores, or omnivores?

Panthers are Carnivores, meaning they eat other animals.

What Kingdom do Panthers belong to?

Panthers belong to the Kingdom Animalia.

What phylum do Panthers belong to?

Panthers belong to the phylum Chordata.

What class do Panthers belong to?

Panthers belong to the class Mammalia.

What family do Panthers belong to?

Panthers belong to the family Felidae.

What order do Panthers belong to?

Panthers belong to the order Carnivora.

What genus do Panthers belong to?

Panthers belong to the genus Panthera.

What type of covering do Panthers have?

Panthers are covered in Fur.

Where do Panthers live?

In what type of habitat do Panthers live?

What are some predators of Panthers?

Predators of Panthers include humans, lions, and hyenas.

What is the average litter size for a Panther?

The average litter size for a Panther is 3.

What is an interesting fact about Panthers?

Panthers prefer to hunt at night rather than during the day!

What is the scientific name for the Panther?

The scientific name for the Panther is Panthera pardus, Panthera onca.

What is the lifespan of a Panther?

What is a baby Panther called?

A baby Panther is called a cub.

How many species of Panther are there?

There are 31 species of Panther.

What is the biggest threat to the Panther?

The biggest threat to the Panther is habitat loss.

What is another name for the Panther?

The Panther is also called the black panther, black leopard, or black jaguar.

How many Panthers are left in the world?

The population size of the Panther is unknown.

How fast is a Panther?

A Panther can travel at speeds of up to 71 miles per hour. 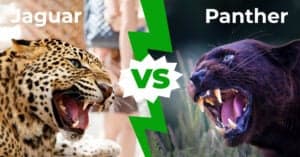 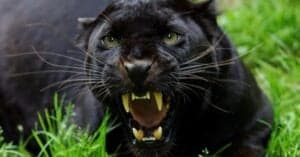