The Savannah sparrow gets its name because one of the first of this type of bird was found in the city of Savannah, Georgia. 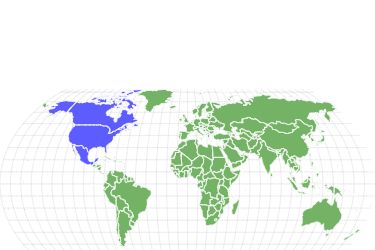 Prey
Flies, caterpillars, beetles
Name Of Young
Chicks
Fun Fact
The Savannah sparrow gets its name because one of the first of this type of bird was found in the city of Savannah, Georgia.
Estimated Population Size
170,000,000
Biggest Threat
Environmental loss and ingesting insecticide
Most Distinctive Feature
A yellow stripe over its eyes
Distinctive Feature
Its breast is white with dark streaks
Incubation Period
10 - 13 days
Age Of Independence
Approximately 21 days
Age Of Fledgling
3 weeks
Habitat
Open fields, prairies, meadows, and salt marshes
Diet for this Fish
Omnivore
Lifestyle
Common Name
Savannah Sparrow
Nesting Location
On the ground beneath decaying vegetable matter

View all of our Savannah Sparrow pictures in the gallery.

View all of the Savannah Sparrow images!

The call of a Savannah sparrow sounds a lot like an insect buzzing.

Savannah sparrows are small, lively birds found throughout North America. They eat beetles, caterpillars, flies, and other insects as well as seeds. This bird is known for the yellow stripe above each of its eyes. There are 17 subspecies of this sparrow.

Where to Find Savannah Sparrows

These sparrows live throughout North America specifically in the United States, Canada, and Mexico. The best time to see these birds is in the spring season.

Someone living in the midwestern United States is likely to see a lot of these birds beginning in late February as they prepare to breed. Someone in a northern state such as Alaska is likely to spot these birds in late May for the beginning of their breeding season. Maine is a popular place for these sparrows along with many other types of sparrows in the summertime.

Grasslands, meadows, and prairies are the best places to observe these birds. Their habitat has a temperate to tropical climate. Bird watchers appreciate these birds because they can be found perching out in the open. Plus, they have a distinctive call that sounds like tsip-tsip-tsip.

Once a male establishes his territory, his unique call signals other males to stay away. These birds build their nests on the ground. They position the nest within or under a gathering of decaying vegetation. The entrance to the nesting area takes the shape of a tunnel. The nest itself is built by the female sparrow and has a cup-like shape. It’s made of twigs featuring a lining of grass.

The Savannah sparrow’s scientific name is Passerculus sandwichensis. The Savannah sparrow gets its name because one of the first of this type of bird was found in the city of Savannah, Georgia. It’s in the Passerellidae family and the class Aves.

There are 17 subspecies of this bird. Some of these are:

These birds have a mixture of dark brown, tan, and gray feathers on their wings. Its breast is white with dark streaks. It’s notable for having a yellow stripe above each eye.

This bird ranges from four to seven inches in length. Its weight range is .53 ounces up to one ounce. This bird’s wingspan is seven to nine inches.

Its dark feathers help it to blend in with the vegetation in its habitat. This small bird can fly at speeds of up to 50mph so it can sometimes escape predators.

Some of these sparrows stay in the same area year-round while others migrate.

Some of these birds living on the coasts of California and Mexico remain there all year. Alternatively, Savannah sparrows living in areas of the eastern part of the United States such as Maine, Vermont, and New Hampshire spend the summer in those states. However, they move further south in the fall season, so they can winter in warmer locations.

The spring breeding season for this bird begins in late February. Those that migrate south for the winter begin their flight sometime in September.

A quick glance at these two birds may fool you into thinking you’re seeing the same sparrow. But, while they share some commonalities, the Savannah sparrow and the song sparrow have many differences.

One of their similarities relates to their size. Both sparrows can be up to seven inches long and weigh up to one ounce. Plus, they both have a white breast featuring dark streaks or spots. Their wings display very similar coloration with brown or gray feathers streaked with a darker brown or black. As a note, if you see a yellow stripe above each eye, it’s a Savannah sparrow.

Another similarity is these sparrows both make their home in North America. Both birds reside in certain states throughout the year while others migrate when the weather turns cold.

When it comes to differences, one of the main ones has to do with habitat. These birds live in prairies, meadows, grasslands, and salt marshes. Alternatively, song sparrows have a wider range of habitats from deserts to city parks. So, you’re more likely to see a song sparrow in your backyard.

A second difference has to do with their songs. A Savannah sparrow makes a tsip-tsip call while a song sparrow’s call sounds more like chimp-chimp.

These sparrows are omnivores. Whether they eat more vegetation or insects depends on the time of year.

What does a Savannah sparrow eat?

These birds eat beetles, caterpillars, flies, and seeds. If this bird eats an insect that’s ingested poison, it can make the sparrow sick or kill it.

These tiny birds weigh a single ounce at their heaviest. So, it’s not surprising they have predators of many types.

Savannah sparrows are considered Least Concern by conservationists but are decreasing in number. This is likely due to the loss of their meadow and marsh habitats. Also, they sometimes ingest pesticides via the insects they eat.

Some protected areas have been set up for Savannah sparrows making it easier for them to breed.

Savannah sparrows start their breeding season in late February. While some of these sparrows form permanent pairs, other males mate with several females in the spring.

The male establishes a territory where the female builds the nest. It’s constructed beneath decaying plants.

Females can lay from two to six eggs, but most of these birds lay four. The eggs hatch in ten to 13 days. The female Savannah sparrow is usually the one to feed her young though sometimes the male helps. She has to eat a supply of food ten times her weight to have the energy for both herself and her chicks!

These sparrows feed and care for their chicks for three weeks. After that, the chicks can leave the nest to live independently.

The population of this bird is estimated at 170,000,000 individuals. They are recorded as Least Concern but have a decreasing population.


View all 276 animals that start with S

What do Savannah Sparrows eat?

What are Savannah Sparrows' biggest threats?

The biggest threats to Savannah Sparrows are habitat loss and ingesting insects that have been exposed to pesticides.

How do I attract Savannah Sparrows to my bird feeder?

It’s unlikely that you will be able attract Savannah Sparrows to your bird feeder. These birds prefer more remote habitats like salt mashes, grasslands, meadows, and prairies. If you see a sparrow in your backyard, it is probably a different species such as a song sparrow.

Do Savannah Sparrows mate for life?

The answer to this is “sometimes.” Some Savannah Sparrows mate for life, but some males mate with a number of females.