Ohio is filled with different habitats like forests, prairies, wetlands, marshes, and fields. With such a wide variety of habitats, there are plenty of bird species for bird watchers to observe. There are over 400 species of bird recorded in the state of Ohio and over 100 wildlife areas that provide safe well-maintained homes for these birds. Most areas on this list are good for spotting fairly common species though some wildlife areas listed have recorded sightings of some species rarely seen in Ohio. These are Ohio’s 10 best bird watching spots.

In the southeastern corner of Ohio near the Ohio River is the Crown City Wildlife Area. This unique nature reserve is a perfect place for bird watching. The best area for birders would be the grasslands along Rhappsburg Road and Siloam Road. The Crown City Wildlife area is open year round so fall, spring, winter, and summer are all perfect seasons to see some active wildlife. Winter is great for observing Short-eared Owls, Rough-legged Hawks, and Northern Harriers. Summer is the best time for bird watching in this area. You can see a wide variety of species including Yellow-billed and Black-billed Cuckoos, Acadian and Willow Flycatchers,  Henslow’s and Grasshopper Sparrows, and many, many more.

On the edge of Lake Erie in northern Ohio is the Pipe Creek Wildlife Area. Spring and summer are the best seasons to visit this wildlife area due to its large number of migratory birds. During winter Pipe Creek Wildlife Area is closed to everyone except waterfowl hunters with a permit. While fall has much less to see than summer or spring there is still a variety of species worth viewing. The most common species spotted in this area are Canada geese, snow buntings, horned larks, nighthawks, and puddle ducks.

In central Ohio, 5 miles east of Coshocton bird watchers can visit Ohio’s largest wildlife center, Woodbury Wildlife Area. While it’s known best for its grasslands there is also a variety of habitats like marshes, ponds, and woodlands. The park is open year round from sunrise to sunset and each season offers different bird species to observe.

Winter may not be the best time for bird watching but there are still plenty of species to see like short-eared owls and a wide range of passerines. Spring and summer are the best seasons to bird watch at the Woodbury Wildlife Area. Within the fields, grasslands, and woodlands of this wildlife area birders can enjoy watching species like the horned lark, Rose-breasted Grosbeak, Gray Catbird,  Willow Flycatcher, Yellow-billed and Black-billed Cuckoos, and various warblers and sparrows.

Central Ohio is home to the Big Island Wilderness Area where birders can enjoy observing over 200 species of bird depending on the season. There are little to no trails here so in order to see an abundance of bird life it’s recommended to trek across some of the landscape. This area is dominated by wetlands though some are off-limits during the spring and summer seasons due to a Bald Eagle’s nest.

Bird watchers can enjoy seeing a variety of species during every season though hunting from September to January can diminish the birding experience greatly. Spring has a large amount of waterfowl for viewing like swans, canvasbacks, and puddle ducks. Summer gives birders the chance to see rare nestings like Green-winged Teals, several Northern Shoveler broods, and Ruddy Ducks.

Found in northwestern Ohio is the Oak Openings Preserve Metropark. This wildlife area is a major birding attraction in northwestern Ohio with a variety of habitats like oak forests, swamp forests, and open fields. Winter, spring, and summer are the best seasons for bird watchers. Winter is perfect for viewing winter finches and pileated woodpeckers. Spring and summer are very active and provide the opportunity to see many sought after species like the Lark Sparrow, Blue Grosbeak, and Summer Tanager.

In western Ohio surrounding the Clarence J Brown Reservoir is the Buck Creek, State Park. With over 2000 acres to explore and more than 250 bird species to observe this park is a great place for bird watchers to visit. The best seasons to visit are spring and fall. Before the lake freezes over in winter birds like ducks and geese are the most abundant. Summer isn’t the best season to visit the park though some shorebirds and terns can be seen in the early mornings. Species like warblers, Buff-breasted Sandpipers, Rose-breasted grosbeaks, winter sparrows, and finches are commonly seen during winter, spring and fall.

On the shore of Lake Erie in northern Ohio is the Metzger Marsh Wildlife Area. This wildlife area is smaller than most in Ohio but there are still a lot of birds to observe here. Winter, fall, and spring are great seasons to go bird watching here while summer offers very few species to view. In winter American Bald Eagles are often spotted in the eastern portion of the marsh. Spring is the most active season for birdwatching with species like yellowlegs, spotted sandpipers, egrets and herons can be spotted.

Named one of the top ten bird-watching spots in the country, the Magee Marsh Wildlife Area is definitely a must-see for Ohio birdwatchers. The wildlife area is open year-round from sunup to sundown though the area beyond the bird center is closed from mid-October to January for waterfowl hunting. During winter birders can observe northern shrikes, short-eared owls, and bald eagles. During Spring warblers and nesting eagles are most common. Summer is great for viewing herons and egrets and fall is best for viewing waterfowl like ducks, swans, and geese.

In northern Ohio on the southern edge of Cleveland is the Cuyahoga Valley, National Park. The park is about 22 miles long with multiple habitats like grasslands, fields, ponds, wetlands, and forests. Over 200 species of bird have been observed and documented here making it a great destination for bird watchers.

Summer is the most active season with species like Red-shouldered hawks, Acadian Flycatchers, Red-breasted Nuthatches, and various warblers. Fall and winter are good for viewing species like Bald Eagles, Northern Shrike, and various sparrows. Spring is a good time to observe the American Woodcock, Northern Waterthrush, Mourning Warbler, and Olive-sided Flycatcher.

Six miles south of Harrison in southwestern Ohio is the Fernald Preserve. It includes habitats like wetlands, forests, grasslands, tall grass prairies, and around 2.5 miles of trails. With such a wide variety of habitats, this wildlife area has an abundance of bird species for bird watchers to enjoy.

Winter, spring, summer, and fall all have different types of birds worth observing at the Fernald Preserve. Winter is raptor season but Short-eared owls, Northern Harriers, and Rough-legged Hawks are all commonly seen during this season as well. Spring is perfect for spotting a variety of waterfowl in the ponds and wetlands. Bobolinks, Henslow’s, Grasshopper, and Savannah Sparrows as well as Eastern Meadowlarks are commonly spotted here during summer. Fall is a much less active season but waterfowl and passerines can be observed during this season.

Birds To Spot in Ohio

There are around 427 bird species that live in Ohio, and here are a few common ones you may come across.

A look at some of the rarest birds to spot in Ohio. 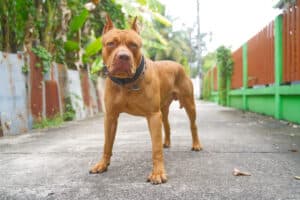