They're one of the oldest hunting breeds on Earth. 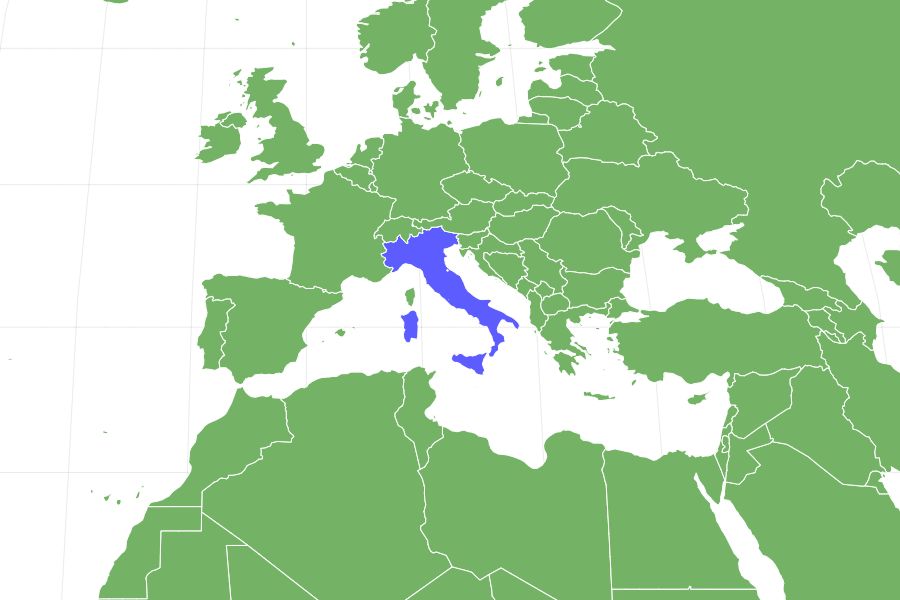 Fun Fact
They're one of the oldest hunting breeds on Earth.
Temperament
Good-natured, hard-working, and playful
Diet
Omnivore

Spinone Italiano as a Pet:

View all of our Spinone Italiano pictures in the gallery.

View all of the Spinone Italiano images!

With their bushy eyebrows, exaggerated beards, and soulful eyes, Spinoni Italiani has the appearance of a serious old man — and it’s true that they’re serious workers who are also some of the most competent and versatile hunting dogs on earth. In fact, they’re one of the oldest hunting dog breeds in existence today, and they’re capable of functioning as pointers, retrievers, and hunters as the situation warrants. But they’re also a playful breed with a serious goofy side and a huge sense of affection for their caregivers.

Their gregarious personalities and easy-going natures make the Spinoni Italiani a great choice for families, but they also need a lot of love and attention — as well as a decent amount of physical exercise — to thrive in a household.

Let these facts help you decide if this breed is the right fit for your home.

Muscular and stocky, the Spinone Italiano has been bred to run down its prey until they’re tired rather than overcome it with raw acceleration. Females are roughly two feet long on average and can weigh up to 75 pounds. Males tend to have a few extra pounds and an extra inch or two on their female counterparts.

Spinoni Italiani is among the healthiest hunting dogs around, but that doesn’t mean that they’re immune to health issues. Hip or elbow dysplasia — an issue where the bone grows abnormally — is a relatively common physical issue but not necessarily a serious one. This breed has also known for hypothyroidism and an eye condition known as entropion. Most recurring health issues in a Spinone Italiano are treatable and not life-threatening.

Health and Entertainment for your Spinone Italiano

The main issues to look for with a Spinone Italiano are:

Just as the Italians have a passion for life, so does the Spinone Italiano. This dog combines a muscular and well-formed body with a very sharp mind, and it really excels when given a purpose to channel those energies. But while Spinosi Italiani needs a decent amount of physical exertion, they’re gentle, good-natured, and a bit goofy. The Spinone Italiano rarely meets anyone they don’t instantly consider a friend, and that extends to dogs as well as people. Just take care that they’re properly socialized before introducing them to cats. These are hunting dogs through and through, and they possess a relatively strong prey instinct. Spinone Italiano isn’t especially known for barking, and excessive barking can be a sign of stress or boredom.

How To Take Care of Spinone Italiano

Dogs and puppies of the breed Spinone Italiano are rather unique in terms of their look and their personality, and that means that there are some considerations to keep in mind when caring for one. From grooming their coarse coats to keeping their bright minds occupied, here’s everything a new pet parent needs to know about raising a Spinone Italiano.

There is nothing in particular about the Spinone Italiano that requires you to create a specialized dietary regimen, but there are some factors that can affect its appetite. Be sure to make sure that it has a diet suitable to its age and that it’s eating and drinking fresh water at regular intervals. Spinoni Italiani can be picky eaters, and they’re also somewhat prone to letting their stress affect their dietary habits. Being left alone or being in a stressful environment can lead to over-or under-eating, and making sure that they have a quiet place to eat will ensure that they don’t deal with discomfort or bloating.

The thick and bristly coat of the Spinone Italiano requires significantly less care than you might imagine. You’ll need to use a combination of brushing and stripping to ensure that the dead hair is stripped away and the coat is left healthy and comfortable. This can be handled by a salon, but it’s also easy for a pet parent to learn. Remember that the coat serves to protect this breed from the elements, so there’s no need to preen too much. They should rarely need to be bathed — and you should have its nails trimmed, teeth brushed, and ears cleaned with the normal regularity.

Spinoni Italiani is bred to be one of the few all-around hunting dogs around, and they’re also smart enough to know what that’s worth. Housetraining and the basics of obedience will usually be easy, but you can expect the dog to try to negotiate or withdraw their interest once training becomes too rigorous. With the right training, these dogs can excel as sporting or agility dogs, but it requires walking a careful line between holding them accountable and pushing them too hard. For the most part, expect a dog that will capably fulfill your commands but occasionally push back depending on their mood.

Spinoni Italiani doesn’t require the amount of physical exertion that a Jack Russell Terrier, German Shepherd, or Golden Retriever demands, but that doesn’t mean that they can just laze around. This breed needs up to an hour a day of activity to stay healthy and happy, and they’re the type of dog that can really benefit from having access to a full yard. Just keep in mind that a big yard isn’t a replacement for social activity.

Spinoni Italiani craves human affection, and play is as much about exercising that as it is wearing them out. Being as friendly as they are, this breed can really enjoy visits to the dog park as well. These easy-going dogs often like to lounge around, but don’t let that dissuade you from keeping them to their regular exercise routines. These dogs are prone to overeating when bored and gaining weight steadily when not kept on an active exercise regimen.

The normal facts for raising a puppy apply to Spinone Italiano puppies, and you shouldn’t have to make any changes to accommodate their unique personalities. As active dogs, you can expect them to be doubly active puppies. Fortunately, they acclimate well to people and other dogs naturally, but you may want to socialize them to better interact with cats and smaller dogs. While these puppies are smart enough to distinguish between hunting and playtime, they do have an innate inclination to chase after smaller pets. Properly socializing your Spinone Italiano puppy can help reduce the risk of it developing social anxiety or overeating problems as it grows older.

The gregarious disposition Spinoni Italiani extends to adults and other dogs are extended to children as well. Thanks to the fact that they enjoy play and snuggling in equal measure, they can adapt well to the mood of a child — and their easy-going nature and sturdy build means that they’re pretty mellow about the antics of children. Kids six years or older and trained in the responsible handling of pets get along dazzlingly with Spinoni Italiani.

This is a rare breed, and the fact is you’re not likely to find a rescue dedicated to Spinoni Italiani. Fortunately, they aren’t so rare that they can’t be found at shelters or more general-purpose rescues. With a little diligence, puppies can be found without going to breeders directly. If you do decide to work with breeders, be sure to seek out conscientious ones who can provide you with the paperwork and medical assurances you need before paying for them.

The Spinone Italiano is a truly unique breed and extends from one of the oldest lineages around. Despite that, they have some similarities with other breeds, notably the English Setter, Australian Shepherd, and the Burmese Mountain Dog.

Enough with the hard facts! Popular names for Spinoni Italiani include:

Does a Spinone Italiano shed?

Spinone Italianos don’t need a lot of grooming, but they are apt to shedding throughout the entire year. Fur should be stripped and brushed daily during the heavy shedding season and weekly otherwise.

What does Spinone mean in Italian?

Spinone is derived from the Italian for “thorny”, and it refers to their wiry coat that allows them to chase their prey into thorny bushes.

What is a Spinone Italiano used for?

Breeders created the Spinoni Italiani as a hunting dog — but while they’re still quite capable at that task, most of these dogs today spend their whole lifespan as family dogs. Their friendly personalities make them popular pets.

How big is a Spinone Italiano?

Females will stand between 22 and 25 inches in height. Males have a height of 23 to 27 inches.

How much does a spinone italiano weigh?

Males of the breed weigh 70 to 81 pounds, while females are slightly slimmer with an average weight of 64 to 75 pounds.

How much is a spinone italiano?

The price of a Spinone Italiano can vary, and the price can fluctuate significantly because this is a relatively rare breed. The price from breeders averages $1,200 to $2,000, but you may be able to find them cheaper at a rescue.

How do you pronounce spinone italiano?