Females are much larger than males 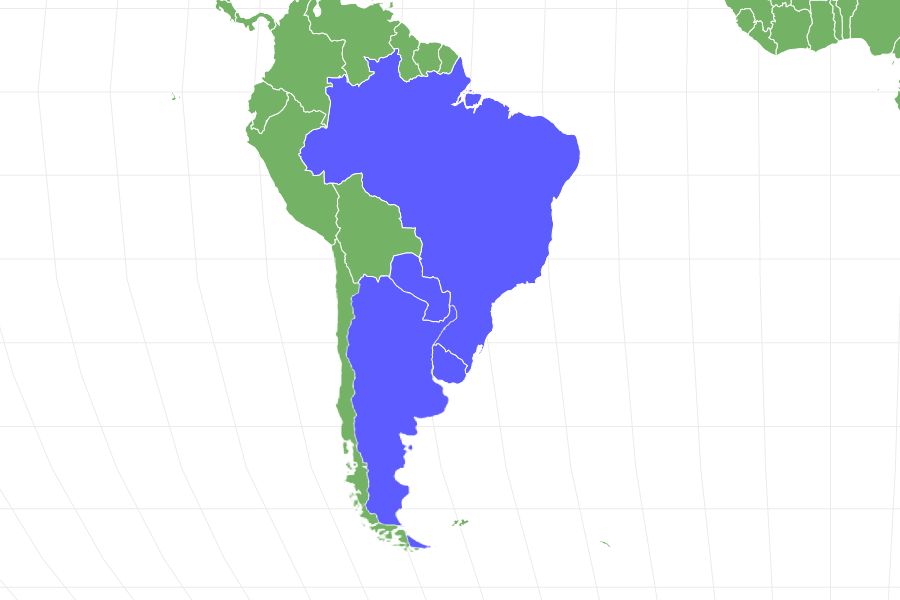 View all of our Yarara pictures in the gallery.

View all of the Yarara images!

This robust-bodied pit viper belongs, frankly, to one of the most dangerous of the snake genera. Its venom quickly and efficiently kills its prey, and even a small amount can do terrible damage to the human body. Yet this admittedly dangerous and beautifully patterned animal wants no more than to make a living like the mice it preys on. Read on to learn more about the yarara.

1. Females are much bigger than males.
2. Their venom is a stew of procoagulants, hemorrhagins, and necrotoxins.
3. Babies are venomous from birth.
4. The genus the yarara belongs to, Bothrops, is responsible for more fatal snake bites than any other genus of snake in the New World.

These snakes are found in the South American countries of Paraguay, Brazil, Argentina and Uruguay in warm, humid habitats such as rainforests, swamps, marshes and areas around rivers. They’re also found in deciduous forests found in more temperate zones and grasslands. They tend to avoid dry areas such as deserts.

The Yarara’s scientific name is Bothrops alternatus. The name Bothrops identifies the snake as a pit viper, for it is made up of the Greek word bothros, which means “pit” and ops, which means “face” or “eye.” Alternatus describes the alternating patterns on the snake’s body. There are no subspecies of B. alternatus.

The Different Types of Yarara

Though there are no subspecies of the uturu, coloration can vary remarkably between individuals. Snakes may have a ground color that ranges from shades of brown, gray or olive with brown to black markings edged in white or cream. These vivid markings alternate along the line of the snake’s spine. Sometimes the pattern looks like a cross, which gives the snake its name of crossed pit viper. Crescent-shaped markings give the snake its names of urutu and wutu. Now and then there’s a yarara snake that has dark stripes running down the length of its back.

Though its exact population is unknown, the yarara is common where it is found, and its conservation status is least concern.

How To Identify Yarara: Appearance and Description

The crossed pit viper is a robust-bodied snake that rarely grows much longer than 6 feet. The average length is between 2.6 and 4 feet, with females being notably bigger than males. Along with the intricate pattern over the rest of the body, the head is usually dark brown or black and striped with white, and the body pattern is compressed into zigzags on the tail. The belly of the snake is pale but has one dark stripe that runs from the neck to the tip of the tail.

Yarara Venom: How Dangerous Are They?

The yarara is a member of one of the most dangerous of snake genera. Though deaths are rare, the bite of one of these snakes can cause extreme illness. There is pain and swelling at the sight of the bite as well as necrosis and bleeding blisters. Victims also bleed from their gums, nose and eyes and in severe cases can suffer kidney failure and catastrophic hypotension. In some cases, people had to have limbs amputated after being bitten by this snake.

B. alternatus is a nocturnal snake that usually keeps to the ground, though it is a good climber, and juveniles are more often found in the trees to avoid predators. During the day the adult snakes find some sort of cover, and their coloration helps them blend in with the terrain. This may be one reason why they are such a bite risk. People who are barefoot or wearing sandals can’t see them clearly and simply step on them, causing the sometimes short-tempered snake to bite.

The snake is an ambush predator that follows prey and then coils up and waits for it to get within striking range. Younger snakes eat frogs and other amphibians while adults prefer rodents and other small mammals. Controlling the number of rodent pests on farmland makes the yarara, though venomous, beneficial to humans.

Though females are quite a bit larger than males, males fight for the right to mate, which happens in the spring. Females might be able to store sperm and delay the fertilization of their eggs. B. alternatus is ovoviviparous, which means that the female carries the developing eggs in her body and the babies hatch out inside of her or immediately after an egg is laid. She can lay from one to 24 eggs at a time, depending on how well-fed she is, and some snakes do not breed every year. Newly born snakes already have a good store of venom, and they’re immediately independent. They look just like their parents, but their scales are a brighter color. Male and female yararas are probably able to breed when they’re about two years old and they can live from 10 to 20 years.

Despite the strength of its venom, B. alternatus is prey for several animals, including birds of prey such as the burrowing owl. These predators kill the snake with a blow to its head or its neck before the snake can strike.

As pit vipers, yararas use the heat-sensing pits between their eyes and nostrils to search for prey. The pits convey differences in infrared radiation that lets the snake, which hunts at night, find prey. They not only let the snake know there’s potential prey in the area but how far away it is. The snake also has excellent, binocular vision.

How a yarara finally captures prey depends on whether or not they’re familiar with it. If they are familiar with prey such as a mouse, they’ll strike, dig their fangs in and pump in the venom and not let go until the prey is dead. Then, they can swallow it whole. If they’re not very familiar with the prey, they’ll bite it, pull back and wait till the animal wanders off to die before they find it and eat it.

Yararas can be somewhat aggressive if they feel themselves to be under threat.

Yararas live in the forests and other moist areas of southeastern Brazil, northern Argentina, Paraguay and Uruguay.

Yararas are not picky about what they eat, but adults usually go for rodents while juveniles take frogs, toads, insects, amphibians and smaller reptiles.

What is a Yarara snake?

The yarara is a venomous snake that lives in South America. It’s also called the crossed pit viper because of the bold patterns on its hide.

Is a Yarara snake venomous?

The Yarara is very venomous. The venom is powerful enough to lead to uncontrolled bleeding and such severe necrosis that bone in the area of the bite can be exposed.

Can a yarara snake bite kill you?

It is possible for the bite of this snake to kill you, though it is rare, especially if you take antivenin in time. Without antivenin, the venom of this snake can do a great deal of damage to the body.

What other names does a yarara snake go by?

Where are yarara snakes found?