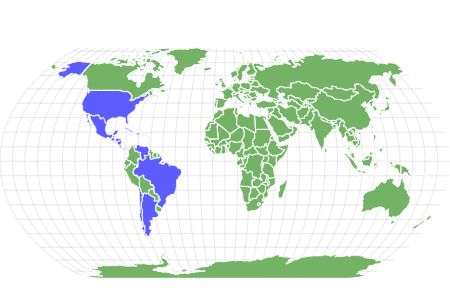 View all of our Burrowing Owl pictures in the gallery.

View all of the Burrowing Owl images!

“Unlike most owls in which the female is larger than the male, the sexes of the Burrowing Owl are the same size.”

The burrowing owl is a slender, long-legged bird found across the Americas. While capable of amazing acts of fanciful flight, they actually spend a lot of their time on or near the ground. This owl plays an important ecological role by regulating the number of prey in their natural habitats.

Where to Find the Burrowing Owl

Burrowing owls can be found throughout much of the Western Hemisphere. They prefer to roost in open areas with little vegetation or trees, including grasslands, prairies, and agricultural fields.

The burrowing owl will create a nest in the abandoned burrows of other species, including badgers, desert tortoises, coyotes, prairie dogs, and foxes. Some owls have also been observed digging their own burrows. Dung seems to be an important nesting material that may help to attract insects. The owls will defend a small home range extending around the entire nesting area.

The scientific name of the burrowing owl is Athene cunicularia. The genus Athene is named after the Greek goddess Athena (who was closely associated with owls), while cunicularia is derived from a Latin word meaning burrower or miner. The little owl, also known as the spotted owl, and forest owl are all close relatives.

The burrowing owl is a medium-sized bird (though relatively small for an owl), measuring up to 10 inches from head to talon with a wingspan of around two feet long. The adult plumage consists of brown feathers with barred stripes on the chest, a white chin stripe, white eyebrows, and white spots on the back. They also have round yellow eyes, very long legs, and no visible ear tufts. Males and females look very similar to each other and are difficult to tell apart.

The social life of this owl is anchored by monogamous breeding pairs, sometimes organized into very loose societies. Some 13 different vocalizations have been documented. Most of these sounds are adapted for the purpose of defending territory or communicating with a mate. Burrowing owls can be active at any time of the day, but they do most of their hunting at sunrise and sunset. The rest of the time is dominated by other critical behaviors such as preening, stretching, and bathing in puddles or dust. They tend to remain close to the ground or perched on a nearby shrub or post.

The burrowing owl is a carnivore. It’s estimated that around 90% of its diet consists of insects and other arthropods. When hunting, they will walk, hop, hover, or run after the prey along the ground.

What does the burrowing owl eat?

Its diet primarily consists of insects such as grasshoppers, crickets, and beetles. It also feeds on mice, ground squirrels, lizards, snakes, earthworms, amphibians, and small birds such as sparrows.

The burrowing owl faces several threats, including habitat loss and predators. It is currently classified as a species of least concern by the IUCN Red List. The species is protected by the US Migratory Bird Act.

What eats the burrowing owl?

The burrowing owl (or its eggs) is preyed upon by bobcats, cougars, coyotes, foxes, and many birds of prey such as hawks and eagles. When attacked, the owl will scream and cluck while snapping its bill and flapping its wings in distress. Groups of owls can sometimes succeed in driving away a potential predator.

Every year the burrowing owl forms a monogamous pair bond with its mate. Its courtship ritual involves a long process of preening, singing, complex flight displays (in which it rises into the air with a mate and then quickly descends), and the male delivers food to its mate. This bird mates between February and May and then produces a single clutch (sometimes multiple clutches) of up to 12 eggs at a time.

After a gestation period lasting about a month, the baby chicks will emerge from the eggs, fully dependent on their parents for care. The father will provide most of the food for its family, while the mother incubates the eggs and takes care of the brood. She will not leave the chicks until they’re old enough to thermoregulate, meaning their bodies produce enough heat to stay warm.

It takes about 44 to 53 days for the baby chicks to fully fledge and leave the nest on their own. Juveniles are born with few bars and spots, but gradually they will gain their adult plumage. By the start of the next breeding season, many owls are ready to mate themselves. It’s believed that the typical lifespan in the wild is six to eight years. The longest documented wild owl had a lifespan of 11 years old.

It’s estimated that about two million burrowing owls remain in the wild. Populations may have declined by about 33% between 1966 and 2015.

Does the burrowing owl migrate?

Yes, northern populations of owls migrate south every year for the winter.

How many eggs does the burrowing owl lay?

The female lays two to 12 eggs per season. Most of these come in a single clutch, but rarely they can lay multiple clutches every year.

How fast does the burrowing owl fly?

The top speed of the burrowing owl is unknown, but many owls can fly at speeds between 20 and 40 miles per hour.

What is the burrowing owl’s wingspan?

The wingspan is up to two feet long when fully extended.

When do burrowing owls leave the nest?

Young baby chicks leave the nest at around 53 days old.

What do burrowing owls eat?

Their diet mostly consists of a variety of different insects, rodents, small reptiles, amphibians, and worms.

What states do burrowing owls live in?

They live in the western half of the United States, plus Florida.

Yes, they are very capable fliers. They can execute complicated maneuvers in the air. They also have good endurance to complete long migrations.

What do you do if you see a burrowing owl?

Burrowing owls should be left alone. It is not a good idea to approach them or attempt to interact with them in any way. If you happen to spot an injured owl, then you should contact a local wildlife service and ask them what to do.

Burrowing owls are quite common throughout their entire range, but some studies do suggest that numbers might be decreasing from habitat loss. The transformation of prairie habitats over the last few centuries has had a particularly negative effect on population numbers. On the other hand, the impact hasn’t been entirely negative, because the burrowing owl does actually benefit from deforestation. Their decline in some areas might be damaging to the local ecosystem because they play an important ecological role by controlling prey numbers.

Where do burrowing owls go in the winter?

One of the most interesting facts is that, unlike many owls, northern populations travel south toward Central and South America. Southern populations mostly stay where they are all year round.