Are Camel Spiders Poisonous or Dangerous?

Camel spiders have become the melting pot of urban legends, including growing half the size of a human and eating camel stomachs. Fortunately, there is no truth to these stories. The history of camel spider misinformation begins with a misidentification. Camel spiders aren’t even spiders at all. They are arachnids known as solpugids or sun spiders.

They are fast, furious, and horrifically fascinating creatures. Because of all the myths and misconceptions, we can’t help but wonder if camel spiders are poisonous or dangerous. Contrary to popular belief, they don’t have venom. Instead, camel spiders use digestive juices to liquefy their victims’ flesh, making it easier for them to consume the remains.

Does a Camel Spider Bite?

A Camel spider bite when provoked or hurt, and it can be intensely painful. Yet, they pose no threat to humans. The powerful jaws of these hardy desert dwellers can be up to one-third of their body length. They use them to seize their victims and perform a chopping or sawing action to turn them into pulp. Camel spiders have eight legs like all arachnids, but they have two extra leg-like appendages to search for and manipulate prey items.

The jaws or pincers of a camel spider are significantly larger than most arachnids. But unlike many spider species, they do not produce venom. Instead, they use these formidable appendages to rip and tear their prey into minute pieces, which are subsequently liquefied and eaten. These jaws, called chelicerae, are powerful enough to penetrate through human skin.

Their bite does not cause death, but it does leave a mark on human skin that can become infectious because of the open wound. After the bite, swelling and mild to severe bleeding might occur.

Are Camel Spiders Dangerous to Humans?

There are several stories about camel spiders chasing humans and numbing them with venom while chewing their flesh. None of it is true. The camel spider species is not even slightly venomous. In reality, they prefer to eat small snakes, lizards, and insects, avoiding anything larger than themselves. Despite their reputation and frightening appearance, they are not dangerous to humans. Their jaws are large, and their bites are highly unpleasant, but camel spiders are more interested in humans for the shade they provide.

Camel spiders are aggressive and swift, reaching ten miles per hour. These arachnids can bite if they feel threatened, but they don’t pose a significant danger otherwise. They are carnivores and aggressive predators in nature, so keeping them as pets is next to impossible and not recommended.

The bite of a camel spider is so powerful that it might kill a small dog, as it is harmful to animals but not to humans.

There is no denying that camel spiders are frightening creatures, yet they appear to be a lot scarier than they are. After you have gotten beyond the horrific (and generally incorrect) stories surrounding these arachnids, you’ll discover that while they are hideous, they aren’t as frightening and can be rather beneficial.

Other myths include camel spiders being the most poisonous spider, which is another story to debunk. Camel spiders are not poisonous or venomous. These spiders of class Arachnida also go by the names: wind scorpions, sun spiders, and Egyptian solpugids. But unlike scorpions and most spiders, they are not a threat to humans.

The chelicerae and pedipalps of a camel spider are two arachnid-specific appendages. Chelicerae are pinching appendages with piercing articles that may or may not have tiny teeth. These pinchers can grip, tear, and cut through prey.

Although scorpions chelicerae are longer, they are not nearly as powerful as camel spiders chelicerae. Camel spiders can also stridulate – a hissing or chattering sound produced by rubbing stiff portions of the chelicerae together.

Although camel spiders can grow large enough for arachnid enthusiasts, they are nocturnal predators and do not do well in captivity, so keeping them as pets is not a good idea. They have a terrible bite, even though they are not poisonous.

They are ferocious predators who prefer to live in dry, hot deserts. They also seek refuge from the sun by hiding under rocks to avoid the scorching desert heat. They’ve proven difficult to examine because they tend to run from labs – these spiders are quick.

Camel spiders also have a reputation for being aggressive when approached or threatened. Camel spiders consume insects, beetles, lizards, and maybe tiny snakes, although they won’t eat food larger than themselves. If given a chance, they will gorge themselves. Their abdomens will enlarge, and they will be unable to move after a heavy meal. Their bite is also unpleasant and can lead to infection if left untreated.

How to Avoid Camel Spider Bites

Camel spiders want to be left alone and avoid human contact. Unfortunately, many misconceptions about them have persisted. A Camel spider may appear aggressive in some myths, yet they are fascinating critters to discover with a power camel spider bite. If you spot one, get away from it and don’t try to harm or capture it. Fortunately, you can admire all of a camel spider’s fascinating features without getting too close.

What to do if a camel spider already bit you? Wash the area with water and mild soap or saline solution. Bacteria abound in the bite of a camel spider, which can lead to infection later. For this matter, after cleansing the wound, it is critical to apply antibiotic ointment. Wrap a bandage around it, depending on its size, to keep dirt out. Check the bite, obtain a tetanus vaccine, and consult a doctor if you develop a fever.

Interestingly, many primate species, not just humans, have an innate fear of arachnids. Animals have evolved to dread or avoid potentially dangerous species. Even though this fear is unjustified in the instance of the camel spider, it helps people survive. 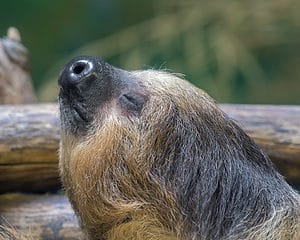