Are there Bears in Texas?

Derek R. Audette/Shutterstock.com
Share this post on:
More Great Content:
An Absolutely Gigantic Moose Makes These Grizzlies…
See The Footage of The Rarest Bear…
Silverback Gorillas vs Grizzly Bears: Who Would…
Why Did Cave Bears Go Extinct?
5 Massive Bears Larger Than a Grizzly
Watch a Grizzly Drag a Moose Calf…

A video posted on Twitter in June of 2020 shows two bear cubs wrestling on the patio of the lodge at Big Bend National Park in Texas. This was during one of the lockdowns during the Covid Pandemic.  The cute bears topple around and try to get the best of the other while the mother bear is sighted in the background. Is this a rare incident or are there bears in Texas? The NCAA College Basketball Men’s National Champions of 2021 was the Baylor Bears from Baylor University in Waco, Texas, but are there bears in Waco? Let’s find out!

How many kinds of bears are there?

What kinds of bears live in the United States?

In the United States, there are 3 species of bears and several subspecies. The three main kinds of bears that live in the US are the Brown bear, North American black bear, and Polar bear.

How many bears live in the United States?

There are about 335,000 bears in the United States. However, a large percentage live in Alaska. For example, U.S. polar bears are only found in Alaska. When it comes to brown bears, just 5% of their U.S. population is in the lower 48 states. Black bears are the most common bear in the continental United States by far.

Are there bears in Texas?

There are bears in Texas, but they are rare. There is a population of black Bears living in the Big Bend National Park. National Park Services estimates there are 30-40 black bears living there. There is another population that has been sited in the Guadalupe National Park. The bears in this area live in and around the Chisos mountains and the Guadalupe Mountains. Black Bears have also been seen in eastern Texas, but there does not seem to be a breeding population yet. Most counties in Texas do not have any bears.

What kind of bears are in Texas?

The bears in southwestern Texas are the Mexican black Bear and the New Mexico black Bear. The bears that are turning up in the eastern part of the state, some sighted near Dallas, are the Louisiana black Bear, probably males looking to establish new territory over the border from neighboring Louisiana, Oklahoma, and Arkansas.

How big are the bears in Texas?

The black bears in Texas are 200-400 pounds and are around five to six feet tall standing. Black bears are the only kind of bears you will find in Texas. If you compared a 6-foot man to other bears standing up on their hind legs here is how it would compare:

Why are there so few bears in Texas?

Bears in Texas were nearly extinct due to unregulated hunting and habitat loss due to the logging and agricultural industries. Today they’re mostly found in protected areas.

How did bears come back to Texas?

It is a remarkable story of how the black bears virtually disappeared from the state and then returned, on their own. Some states like Arkansas established programs to reintroduce black bears back into their state once they had become near-extinct at the state level. The Arkansas Game and Fish Commission relocated 250 bears from Minnesota and Manitoba to several national park areas. They estimated there were only 25 bears left in 1940 and now there are 2,200+ bears in the state. The bears have also moved on to establish populations in Missouri and Oklahoma.

In Texas, the number of bear sightings was next to nothing by the 1940s. Then sparse sightings were recorded over the next 40 years. By the 1980s more visitors to the Big Bend National Park started seeing mother bears and cubs. In 1996 there were 572 bear observations recorded and in 1999, 343 people reported seeing bears. Now, bear sightings are common in the park.

What should you do if you see a bear in Texas?

If you see a bear in Texas you should remain calm and slowly back away. According to the Texas Parks & Wildlife they warn “NEVER APPROACH A BEAR!”

Bears typically will keep to themselves and not be aggressive, but they can be dangerous. Do not make any sudden moves and do not run. Do not climb a tree because the bear can follow you. If a bear makes a move toward you raise your arms to make yourself look big and yell at it. If it continues to come toward you fight back with anything nearby, sticks, rocks whatever you can find. Do not play dead. Bear attacks are extremely rare and fatalities from bears are even rarer. Keeping your distance from them is the best course of action.

Should you report a beat sighting in Texas?

Yes. Texas Parks and Wildlife are trying to track all of the bears in the state so it is very helpful if you report each bear sighting. They ask that you call 1-800-792-1112 to report any bear sightings.

What can you do to keep bears away from your home?

Bears can visit your backyard or garage and have been seen in residential areas. You can keep bears away by keeping all food sources away from your home. This includes keeping your garbage in a sealed container, not leaving out any pet food, and taking down bird feeders during the bear mating season. Never feed a bear, if bears rely on humans they can be desensitized and become a threat to humans. 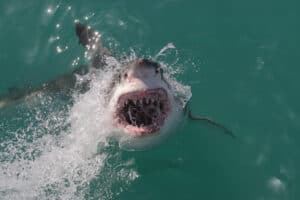