Written by Kyle Glatz
Updated: December 27, 2022
©
Share this post on:
More Great Content:
Possum vs Opossum: How to Say It…
Opossum Lifespan: How Long Do Opossums Live?
Are Opossums Dangerous?
Why Do Opossums Play Dead?
What’s a Baby Opossum is Called &…
Opossum Teeth: Everything You Need to Know
↓ Continue Reading To See This Amazing Video

Rattlesnakes are reptiles with a deadly, venomous bite. However, a bite from these animals is not a death blow to all creatures. For example, the lowly opossum can survive multiple attacks from a rattlesnake before suffering any adverse effects!

Today, we’re going to look at the unique animal that can survive 80 rattlesnake bites and keep living while also discussing its value at large!

Prepare to gain a new appreciation for an animal that can be hard to look at.

Possum or Opossum? What Are We Talking About?

When someone mentions possums and opossums, they may be talking about the same creature or two different ones. The term possum can technically refer to two animals. The first is the marsupial that hails from Australia called Phalangeriforme. These marsupials are exclusively known as possums, and they have fluffy, almost squirrel-like tails and are commonly brown.

The other creature that this term can refer to is the opossum, a marsupial that lives in North America along with a part of Central America and has the scientific name Didelphis Virginiana. These are the gray, black, and white marsupials that hiss and play dead when they encounter creatures that are too dangerous for them. Also, the opossum has a long, hairless tail like a rat.

The confounding factor, in this case, is that the opossum is commonly called “possum” throughout the United States. Make no mistake, we’re talking about the North American creature.

How Do Opossums Survive Rattlesnake Bites?

Opossums are unique animals, and you can gather that much information by looking at them. Unlike most animals, opossums seem to shrug off the effects of pit vipers. This effect was first observed in the 1940s, but the mechanism wasn’t researched until more recently.

It’s estimated that these animals can survive 80 rattlesnake bites before succumbing to the venom. Of course, such an event would never happen in the wild, but their resistance is nonetheless of great medical importance.

Scientists have been studying opossums’ resistance to rattlesnake bites for the better part of thirty years. Researchers have discovered that opossums produce a specific peptide that allows them to partially neutralize the venom from the western diamondback rattlesnake in mice.

Researchers believe that using opossums’ unique biology to make antivenoms instead of the current methods could result in an effective, life-saving, and low-cost means to fight against snake envenomation. Currently, rattlesnake antivenom costs $2,000 per vial, and some people need over 10 vials to survive!

Making an effective opossum-based antivenom could save lives by using a maligned creature to do some good in the world.

How Else Are Opossums Useful?

Opossums aren’t just a potential future source of cheap antivenom. They also play an important role in the ecology of North America. These animals like to feast on a variety of things that humans don’t want around.

Opossums eat plant matter before it rots, consuming insects that destroy gardens and plants. They even scavenge roadkill. They can also consume venomous snakes since they are immune to the venom of most snakes in North America.

Unfortunately, one of the most commonly touted benefits of opossums turned out not to be true at all. Some researchers believed that opossums would eat thousands of ticks per year. After all, opossums groom themselves quite fiercely and remove the bugs from their skin.

However, new studies suggest that opossums aren’t quite the forest-clearing tick hunters that are capable of eating 5,000 ticks or more per year. In fact, the study didn’t discover any remnants of ticks in the stomachs or scat of 32 different opossums. More research needs to be completed to confirm these findings, though.

Even if they don’t eat ticks, possums are still an important part of the environment. They may take on a more crucial role in helping people if researchers develop a new antivenom using their unique body makeup. Although they may look very scary to some people, they should not be chased away or killed.

Where Does the Animal That Can Survive 80 Rattlesnake Bites Live?

These marsupials can also be found in Central America from Mexico to Costa Rica. The animals prefer to live in wooded areas. They thrive in forests where they have a lot of options for food. They have a propensity for living in rural and suburban areas where humans live. After all, humans throw out a lot of foods that these animals eat and attract many of the insects and pests that they crave.

These scavengers are mostly active at night, and during the day they rest in small spaces inside tree trunks or under brush piles and other objects. They’re efficient climbers, using their claws and tails to help them get up into trees where they hang out in the branches.

Can an Opossum Kill a Rattlesnake?

Yes, opossums kill venomous snakes throughout their range in the U.S. Like other mammals with resistance to snake venom, opossums successfully hunt venomous snakes. Usually, they will stumble across them rather than ambush them on purpose. For their size, opossums have large incisors that they use to kill prey. When they attack a snake, they go for a deep bite on their skull and thrash their enemies.

However, opossums don’t go seeking fights with creatures that are much larger than themselves. Instead, they will opt to pursue and kill smaller snakes for a quick and easy meal. That can be incredibly beneficial for human beings since they can eliminate the four main types of venomous snakes in the United States without worrying about their venom.

Opossums are very helpful marsupials that can survive 80 rattlesnake bites worth of venom. Of course, no opossum is going to stick around long enough to get that many bites. Still, the fact that these animals are so resistant to rattlesnakes could help humanity.

Scientists are testing new opossum-based antivenoms to see if they are feasible for human use. Making antivenom in this way could greatly reduce the costs associated with snakebite treatments. Furthermore, the opossum antivenom could end up being a more effective medicine.

For all these reasons, remember to take it easy on an opossum the next time you see one lurking by your trashcans. It may have just killed and eaten a venomous snake for you! 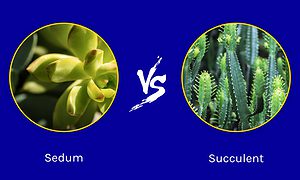