Gooseberry vs. Currant: What Is the Difference?

Currants and gooseberries share an interesting relationship. First, while both are shrubs that produce small berries, the flavor, color, and vegetation are different. It is also important to note that gooseberries and currants are common names for multiple different species and varieties. They also both belong to the Ribes genus.

Despite their similarities, there are more differences. These differences can help us understand how to tell them apart. Keep reading to find out the differences between gooseberries and currants.

Key Differences Between Gooseberry vs. Currant

Gooseberries and currants are fruits from the same genus, Ribes. Since they are not the same plants, the fruits have different scientific names. The scientific name for gooseberry is ribes uva-crispa, while for currant, it is currant. There are two general types of gooseberries, American and European. There are a lot more currants varying in colors.

Currants and gooseberries are often confused for one another. They have a similar appearance, being small round berries with slightly leathery skin. However, the biggest difference in appearance between both plants is that gooseberries have long and sharp spines. They are bushier and grow in clusters of three or four. The flowers are either green or pink. Currants, on the other hand, have smooth stems and are typically red, purple, or blue. They have long stems with small hairs. The stems produce dozens of flowers, which makes bright red currants look a lot like bunches of hanging cherries.

Both of these fruits are often dried or cooked in many dishes. They have a similar flavor, which is perfect for highly seasoned dishes and red meats. For example, you can use gooseberries and currants to make an acidic and sweet sauce for sandwiches and steak. They are also common ingredients in jams and jellies. Currants are usually dried and eaten like raisins. Like most fresh and natural fruits, gooseberries and currants have plenty of health benefits, although no studies indefinitely state this. Gooseberries are made into a puree to help with diarrhea and other digestive health issues in some Asian counties, including India. They are high in vitamin C and E. Black currants are also added to medications, including lozenges.

Even though gooseberries and currants have similar appearances, they are not from the same location. Gooseberries originate from some parts of North America, India, and as far north as the Arctic Circle. They are hardy plants but require plenty of warmth and sunlight. The best USDA zones to grow them are 3 to 8. Too much sunlight can cause wilting.

Unlike gooseberries, currants are from temperate parts of central and northern Europe and northern Asia. While they originate from these two continents, they are mainly grown in North America. They grow quickly but usually don’t produce flowers or fruit for up to 3 years after being planted. They excel in USDA zones 3 to 8.

Gooseberry vs. Currant: Flavor and Taste

So, what do these unique fruits taste like? Gooseberries are sweet but also tart. They almost taste like citrus and are typically made into bitter-sweet jams for this reason. Currants, though, are sweet and sour but not citrusy. They are commonly compared to cherries and baked into pies. 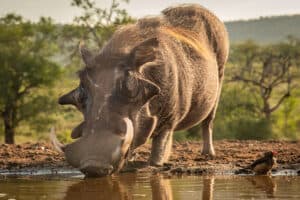