Written by Hannah Ward
Published: February 4, 2022
Share this post on:
More Great Content:
An Absolutely Gigantic Moose Makes These Grizzlies…
Mother Moose Chases a Grizzly Showing Just…
The Largest Moose In The World
Moose Size Comparison: Just How Big Are…
Are Moose Dangerous? From Car Accidents to…
What Do Moose Eat?

Moose and elk are both large mammals from the deer family.  Given how similar they are it’s really easy for the two to be confused, and more often than not it’s moose that are mistaken for elk.  After all, they are both herbivores and are large and brown-colored with have really big antlers.  So, considering how alike they are, is it even possible to tell them apart?  The answer is yes, and there are some key differences that make it really easy once you know how.

For a start, one is larger than the other.  Their antlers are different and so are their noses.  One is an excellent swimmer and can hold it’s breath underwater while diving and even has some pretty surprising predators.  In fact, even their hoofprints are different, so even if you can’t see them you will know which animal might be just around the corner.  Join us we discover all of the differences between moose and elk.

Moose and elk are both large animals, even though they’re from the deer family, and they are both really unique and fascinating animals.  Moose are the largest member of the deer family and there are four recognized subspecies.  There are six subspecies of elk in North America, and four in Asia.  But, as well as the differences we can’t see, there are quite a few that we can.

The 5 Key Differences Between Moose and Elks

One of the biggest differences between moose and elk (quite literally) is size.  Moose are generally much heavier and much taller than elk.  Moose range between 5 and 7 feet at the shoulder and weigh between 840 pounds all the way up to 1,550 pounds for mature males.  Elk, although still quite large in their own right, only stand 4 to 5 feet at the shoulder and weigh 485 to 730 pounds.

Elk and moose also have different antlers.  Elk antlers are fairly thin and pointed and closely resemble those of a deer, although they reach around 4 feet.  Male elk shed their antlers during the early part of spring as the days are beginning to get longer as this is when their testosterone levels are at their lowest.  However, the new set of antlers begin to grow almost immediately after the old ones have been dropped.

Moose have much larger antlers which can be more than 6 feet long in some cases.  They also have a different appearance.  Moose antlers have an open shape and broad, flat beams, with tines that often grow from the outer edge.  Moose shed their antlers every winter to conserve energy and regrow them during the spring – usually only taking 3 to 5 months to regrow completely.  However, that’s not all as the size and growth rate of moose antlers is determined by their age and diet, and antlers with good symmetry mean that the animal is in excellent health, although the symmetry usually declines after 13 years of age.  The diameter of the main beam is used to determine the age of the moose, rather than the number of tines (points).

While elk have a typical slender deer-shaped nose, moose couldn’t be more different.  Moose have a large, rounded nose and muzzle with distinctive “fatty pads”.  Their face is long and broad and these pads are from fat and muscle.  However, despite their strange appearance, these pads actually have an important function as they allow moose to close their nostrils so that they can swim underwater.  The pads close when triggered by the water pressure and mean that the moose can remain underwater for around one minute.  Moose are excellent swimmers and can dive too – they’ve been known to reach depths of 20 feet to reach aquatic plants at the bottom of lakes.

One of the most visible differences between moose and elk is the presence of a dewlap on moose but not on elk.  Dewlaps are large flaps of skin that hang underneath the throat.  It’s not known what purpose they serve, but suggestions include a thermoregulatory function, or cooling system.

A more unusual difference between moose and elk is actually the shape of their tracks.  Elk have tooth-shaped tracks which are relatively light in the soil and snow, whereas moose have heart-shaped tracks which are much deeper in the ground – often because of their greater size and weight.  As moose as solitary animals, their tracks usually show the presence of an individual animal unless it is during mating season.  However, elk are herd animals so their tracks often show the presence of several animals at the same time.

Are moose and elk from the same family group?

How are killer whales and Greenland sharks predators of moose?

Although it might seem surprising that killer whales and Greenland sharks are predators of moose, it’s actually because moose frequently swim between the islands off the northwest coast of America.

Are moose and elk endangered? 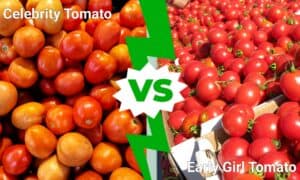