Summer 2022 was highly anticipated by businesses and communities surrounding Yellowstone National Park. The park, which receives over 4 million visitors each year, had reopened after being closed sporadically throughout the pandemic, and people were poised to flock to the gateway settlements around the park’s main entrances once more.

Instead, historic flooding overwhelmed the region over the weekend, leading Montana Gov. Greg Gianforte to declare a state of emergency and forcing 10,000 visitors to evacuate as nearby communities struggled to recover from another setback.

Yellowstone is massive, spreading across 3,472 square miles, primarily in Wyoming and edging into Montana and Idaho, making it larger than Rhode Island and Delaware combined. While the floods in Yellowstone may not be directly linked to climate change, a 2018 study found that “climate change exposes the national park area more than the United States as a whole” because the parks are often located at high elevations or in dry areas. While it’s challenging to attribute any weather occurrence to climate change, it’s the 50,000-pound gorilla in the room. All the forecasts predict more extreme weather events, which we already see.

With that in mind, how devastating was the flood? This article will look at photos showing Yellowstone National Park’s devastating flooding and more!

What Factors Led to Historic Flooding in Yellowstone National Park?

While the weather in northwest Wyoming has been wetter than usual, several other variables contributed to the unprecedented floods.

The first was the recent snowfall. Though storms were sluggish to arrive in the Rocky Mountains at first, powder began to accumulate swiftly in late December. The snowpack in the region was above average. Let’s fast forward to the spring, the runoff season. All of the snowpacks melted, resulting in creeks and rivers overflowing. Snowmelt swell many waterways this time of year, and a couple sites were already approaching the flood stage prior to the week of flooding.

Add to that the unusually warm weather. Yellowstone National Park experienced temperatures in the 70s, 10 degrees above usual. Warmth exacerbated the melting process, according to a hydrology expert at the National Weather Service office in Riverton, Wyoming, resulting in an even greater runoff.

Lastly, radar-estimated rainfall totals ranged from 2 to 4 inches over the last few days, and that’s at least a month’s worth in a significantly shorter period.

What Parts of Yellowstone National Park are Damaged?

According to aerial inspections, the park’s roadways in the north look more severely damaged than those in the south. The worst flooding occurred in the park’s northern section, which will be closed for an extended period.

According to the National Park Service, the decision to keep the park closed came after an aerial assessment on Monday, June 13, revealed severe damage. Based on the report, several parts of the road between the North Entrance (Gardiner, Montana), Mammoth Hot Springs, Lamar Valley, and Cooke City, Montana, have been destroyed, with many sections “completely gone.”

The town of Gardiner, Montana, which sits at the junction of the Gardner and Yellowstone rivers, was the most devastated by the catastrophic weather. By floodwaters, Gardiner’s almost 900 inhabitants were shut off from both Livingston and the park’s headquarters at Mammoth Hot Springs. Phone lines and electricity flicker on and off in communities near the park’s northern boundary, and people are warned to boil tap water before drinking it.

Did This Flood Cause Any Deaths or Injuries?

As for the toll on human life, all neighboring residents were thankfully evacuated in time.

Within the first 96 hours of the flood catastrophe, all the park’s emergency and life safety objectives were met or stabilized. So far, no deaths or serious injuries have been recorded, but homes have been destroyed, and the floods may leave a mark on the region’s tourism-dependent economy.

How are the Animals Doing in Yellowstone National Park?

The flood wrecked homes and bridges, jeopardizing the region’s economy, yet the animals are doing just fine.

Forest fires that damage koalas and kangaroo habitats and high temperatures that bake marine life are examples of disasters that injure humans and their livelihoods while also affecting wildlife. However, it does not appear that this is the case here. Most of Yellowstone’s animals, from the famed wolves to the elks they consume, are okay, according to wildlife officials—with a few exceptions.

Ospreys and eagles, for example, are amazing hunters who can see fish in the water from hundreds of feet away and dive-bomb them (which looks pretty metal). However, this only works if the water is clear, which it is not right now. Floods deposit large amounts of sediment in rivers, making them turbid. 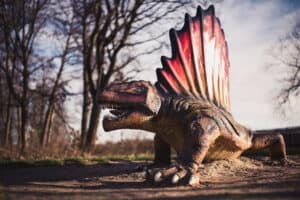