Susan Schmitz/Shutterstock.com
Share this post on:
More Great Content:
Hornet vs Wasp - How to Tell…
How To Get Rid of Roaches Overnight
Hornet Nest Vs Wasp Nest: 4 Key…
What Eats Spotted Lanternfly: Do They Have…
The 10 Largest Moths in the World
Boric Acid for Roaches: How Effective Is…

Cockroaches are known far and wide as one of the world’s most annoying, and stubborn, pests. Roaches eat just about anything, but, what eats roaches? With over 4,500 species, and millions upon millions of individuals scattered across the planet, there are plenty of creatures that make meals of these armored insects.

Cockroaches are a very old family of bugs—they’ve been around since dinosaurs ruled the earth. They’ve barely changed in hundreds of millions of years. With so little change, it’s no surprise that roaches are such a successful insect. They live on six continents, excluding Antarctica; wherever humans live, roaches live.

Here, we’ll take a closer look at just what makes a cockroach a cockroach. Then, we’ll examine five creatures that eat roaches. Finally, we’ll go over the cockroach’s preferred diet.

Cockroaches are six-legged insects frequently mistaken for beetles, water bugs, termites, or bed bugs. They have hard, shiny carapaces complete with shield-like head coverings called pronota. Their mouthparts are incredibly generalized and simple in comparison with other insects; it’s this generalization that’s allowed them to occupy so many ecological niches.

Roaches may seem disgusting, but if it weren’t for them, we would be wading in a sea of rotting vegetable matter, and worse. They’re incredibly beneficial for the environment, but when they come into our homes, it’s another story. Out of all the species of roach in the world, less than fifty are considered pest species. Unfortunately, those pest species carry disease and pathogens, and can cause asthma in people.

If cockroaches eat anything, what eats roaches? The answer is: a lot. Roaches provide an easy source of protein for creatures of all sizes. They’re popular food sources for exotic pets; pet owners can buy feeder roaches in bulk from cockroach suppliers. More than that; some species of roach are kept as pets, and fed with other, smaller things.

Let’s take a look at seven types of creatures who won’t say no to making a meal of a cockroach.

In the wild, near swamps and slow-moving bodies of water, toads and the largest frogs are kings. In particular, bullfrogs rule their environments as apex predators. With powerful back legs capable of propelling them up to three feet in the air, and a mouth that can crush even the hardest of insects, it’s no wonder that a cockroach’s worst fear might just be a toad or bullfrog.

All amphibians, once they’re big enough, will make a meal of a cockroach. Toads, frogs, and salamanders will all eat roaches. Cockroaches are a good source of protein, and they’re ground dwellers, which makes them a good dietary choice. They’re also nocturnal, like many species of amphibians. All it takes is one wrong choice, and the roach might find itself in the inescapable jaws of a bullfrog.

It’s not just toads and frogs that love snacking on cockroaches; all kinds of small mammals eat roaches with relish. Any predatory carnivorous, or omnivorous, mammal will eat roaches if given the chance. These include rats, mice, opossums, and raccoons.

Cockroaches aren’t the biggest bug out there, and there are plenty of other insects that will eat roaches. Even though they have stiff exoskeletons and sharp spikes on their legs, cockroaches make easy prey for other bugs. They’re not predatory, and have no means of attack. Everything from spiders to praying mantis will eat a cockroach, if given the chance.

For many birds, insects are a favorite treat. Roaches, though, can be difficult for many birds to hunt, as they’re nocturnal, and very adept at hiding. However, a cockroach outside in the daylight is just asking for a bird to eat it. All insect-eating birds will eat roaches, including roadrunners, jays, owls, shrikes, magpies, and robins.

If you want to see a hunting lizard in action, drop an appropriately sized cockroach into a pet lizard’s domain. If the reptile is hungry, it won’t hesitate in striking and killing the roach. The bigger the lizard is, the bigger the roaches they can eat.

It’s not just lizards that eat roaches either; snakes and young crocodiles and alligators will also feast on cockroaches. In particular, young snakes, or species of snake that don’t grow very large, may make up a large portion of their diet from cockroaches. Alligators and crocodiles will eat any moving thing as they grow, and in certain areas, may rely mostly on things like insects and fish.

Yes; roaches eat other roaches. Cockroaches don’t have a long lifespan, most live less than three years. And, they breed in great numbers, with many of the nymphs never making it to adulthood. So, just what’s a cockroach to do with all those dead roaches? Well, in the cockroach world, nothing goes to waste. If a roach dies and there are other roaches around, you can be sure that at least part of it will go to feed the next generation.

Cockroaches are a common dietary staple all over the world. It may seem strange to Westerners, but when they’re properly raised and cooked, roaches are actually very safe to eat. They’re high in protein content and don’t take many resources to raise. They can be eaten roasted, fried, or sauteed.

What Do Roaches Eat?

Cockroaches eat waste of all kinds. They’re the cleaners of the natural world; some species specialize in eating rotting leaves. Other, more pestilential species, live on garbage and leftover human food. But, no matter who’s eating who, roaches make up an important part of the natural world, even if they do make pests of themselves when they come into our homes. 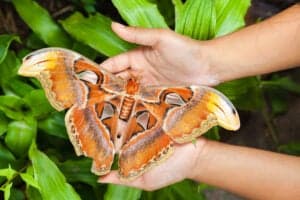