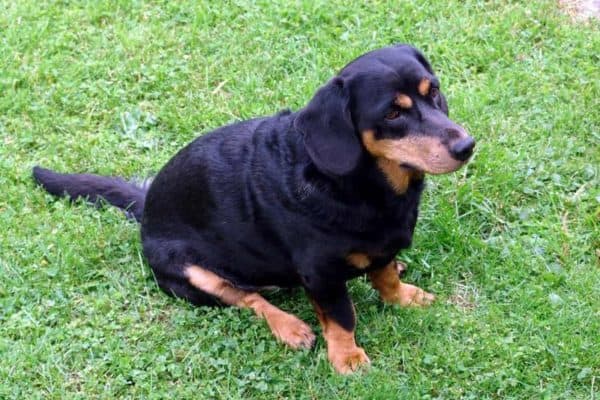 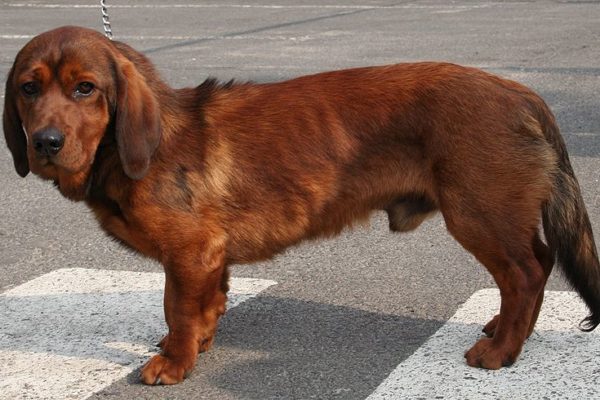 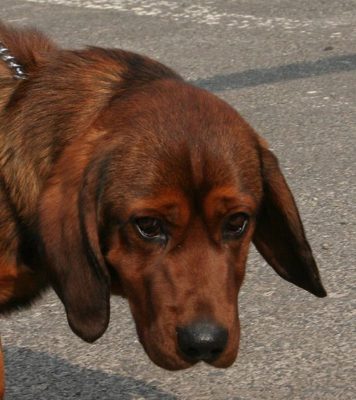 The Alpine Dachsbracke is a stocky and robust breed of Scent Hound, originally created in the mountains of Austria during the mid 19th century. Bred by mixing the larger indigenous Austrian Hounds with the short-legged Dachshund of Germany, the alpine hunters were able to create a breed that could not only be used for tracking animals, but one that was also placid enough to bring the wounded animal back to their master, without causing it any further harm. The Alpine Dachsbracke was officially recognised as the world's third Scent Hound breed in Austria in 1932, and today it is still more commonly kept by hunters and gamekeepers than as a family pet.

The Alpine Dachsbracke is larger than many of its closest relatives, mainly due to the fact that this breed was bred to be able to endure the high altitudes of the Austrian Alps. As in many other countries at the time, Scent Hounds that were short-legged were being created so that they would be able to track prey more closely. The Alpine Dachsbracke has a long and robust body, carried by short, stocky legs which makes this breed fairly slow-moving. They are usually red, brown or black in colour and tend to lack any really distinguishable markings. The Alpine Dachsbracke has a double coat of fur to help to keep it warm in the cold mountains. This is comprised of a thick, water-resistant top coat with a warm and soft undercoat, which both help to keep the Dog's body warm.

The Alpine Dachsbracke is known for its stamina, endurance and power, as although it is not particularly fast, their short and elongated body is very muscular and allows the Alpine Dachsbracke to follow a scent trail for long periods of time. They are not particularly aggressive Dogs and so will retrieve their master's kill, without causing it any further wounds or indeed eating it, which has made them an increasingly popular companion to hunters today. They are also a relatively friendly breed, used to working alongside hunters and other working Dogs. The Alpine Dachsbracke is an intelligent and fearless animal and should only be handled by a firm and confident owner that asserts themselves as the pack leader.

The Alpine Dachsbracke has been bred by hunters since the middle of the 19th century to produce a hardy and robust animal, that could not only handle the tough weather conditions high up in the mountains, but one that was also courageous and sociable, making it a good companion. The Alpine Dachsbracke needs a great deal of exercise if kept as a household pet, as they have been thoroughly bred since the beginning for their stamina and vitality. They need minimal grooming and are not known to have any significant genetic health problems. Females give birth to litters averaging eight puppies, which are born blind. The Alpine Dachsbracke gets to an average age of 12 years old.