Bergamascos are excellent problem solvers; they were bred to be independent as they work alongside their nomadic shepherd owners. 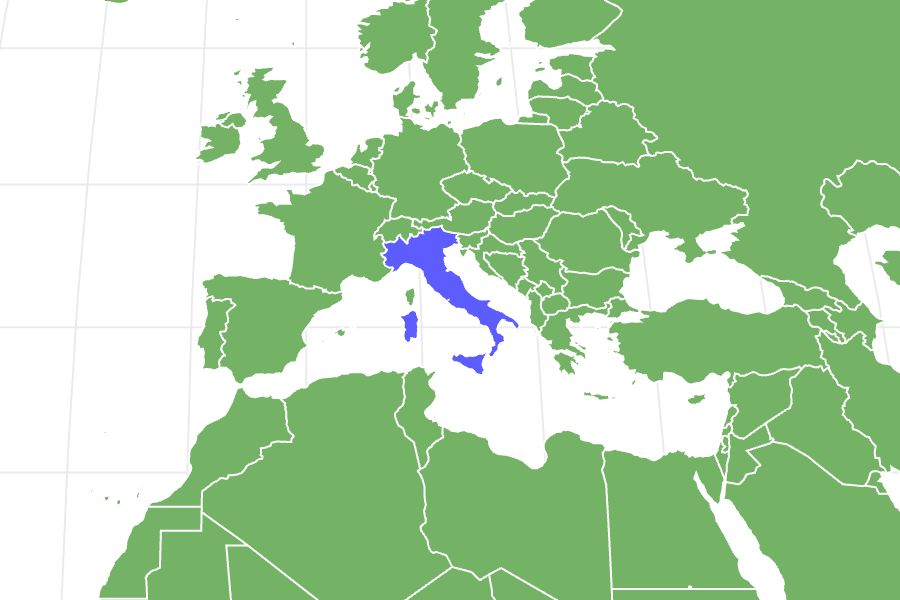 Fun Fact
Bergamascos are excellent problem solvers; they were bred to be independent as they work alongside their nomadic shepherd owners.
Temperament
Patient, calm, intelligent, independent
Diet
Omnivore

Bergamasco as a Pet:

View all of our Bergamasco pictures in the gallery.

View all of the Bergamasco images!

The Bergamasco was used as a sheepdog by nomads in the mountain between Persia and Europe, who settled in Italy.

Compared to other sheepdog breeds, Bergamascos are very independent and have learned to solve problems and rise to challenges on their own. This is due to their role working closely with just one nomadic shepherd and a large number of sheep; the lone shepherd had to rely on the Bergamasco to accomplish tasks on its own. After reading this, it should be no surprise to learn that the Bergamasco is a very intelligent dog; it does best when in a relationship where it is seen as more of an equal to its human owner.

Bergamascos are easily identified by their unique matted flocks that look like dreadlocks. These flocks help the dog regulate their temperature and helped them adapt to living in the cold mountains. Bergamascos do very well with children and can make an excellent family pet.

3 Pros and Cons to Owning a Bergamasco

This list offers an unbiased look at the advantages and disadvantages of owning a Bergamasco. All of these factors should be considered when deciding if this breed is the right animal for your household. Here are a few pros and cons about the breed:

Health and Entertainment for your Bergamasco

Overall, Bergamascos are a healthy breed. Since the breed is rarer and has not been overbred like other more popular breeds, it is believed to be a stronger breed. However, there are still a few potential concerns to be aware of if you plan to own a Bergamasco.

Hip dysplasia is one potential problem to be aware of. This is a genetic condition where the hip bone isn’t formed correctly, and the joints rub against one another. It can make it very painful for a dog to walk and may require surgery. Always look for a reputable breeder who will share information about the dog’s parents, since this is an inheritable condition.

Some Bergamascos may also suffer from bloat, though it is not very common with this breed. Bloat, formally called gastric dilation and volvulus, is a condition where a dog’s stomach fills with fluid or gas and then twists. This can be life-threatening for a dog, and you should seek immediate medical attention if you are concerned that your Bergamasco is suffering from bloat.

As a review, some potential health concerns that may impact a Bergamasco include:

The Bergamasco has a very patient personality. They are known for being very calm, and because of their traits and behavior can be a great dog for a child. Bergamascos are also very intelligent. They were left to be independent and devise their own solutions to problems when herding sheep in the mountain, and because of this can be intuitive and resourceful.

Overall, a Bergamasco is eager to please its owners. However, due to their high intelligence and history of being left on their own to solve problems, they also like being treated as an equal. They may become rebellious if they don’t get their own way.

How to Take Care of a Bergamasco

Planning to adopt a Bergamasco? It is important to keep this breed’s temperament, nutritional needs, physical and mental stimulation requirements, and activity needs in mind as you are preparing to give them the care they’ll need to thrive.

When choosing food for a Bergamasco, look for a high-quality choice formulated for medium-to-large breed dogs. Keep the dog’s age in mind (puppy, adult, senior) when choosing food, as this will impact which food is best. The exact amount of food your dog should be fed each day can vary based on his or her age, weight, activity level, metabolism, health concerns, and other factors. If you are unsure how much food your dog should get each day, consult with their veterinarian.

Since a Bergamasco puppy has a smaller stomach, it will be important to feed the dog smaller meals more frequently throughout the day. Most puppies should eat between three and four times until they are at least six months old. You can consult with your veterinarian for additional advice for your specific pup.

Bergamascos have a very unique coat, which despite appearances is easy to maintain. The coat of a puppy starts off quite soft, but once the puppy is about one, their hair will become much coarser and fuzzier, almost like goat wool. Owners will need to ‘rip’ the hair into mats, like dreadlocks. This only needs to be done this one time and will only take a few hours of time. For the next six months, take care to check and confirm that the mats are still separate, but after six months have passed, even this step won’t be necessary.

After this time, grooming is extremely barely necessary. The coat will remain clean, and the dog will be able to simply shake off any debris that lands in the coat. While you may be tempted to shave your Bergamasco, these dogs are not meant to be without dreads. The dreads serve an important purpose in helping the dog regulate its temperature. Without dreads, they would not be able to do this well.

A Bergamasco should be bathed between one and three times each year. Their teeth should also be brushed regularly, and their ears should be kept clean. You should also trim your pet’s nails to keep them from getting too long.

Bergamascos are very intelligent; however, they are also known for being independent thinkers. They will do best with training when they are treated more as an equal, rather than a subordinate. When training your Bergamasco, try to make it clear what you are asking them to do and why you are asking it, and they may respond better to training.

Begin training and socialization from an early age. This will help you to see better results and will allow your dog to begin to learn expectations around different people and in different environments.

Since the Bergamasco bonds so closely with his owners, exercising this breed is best done together. Take your dog on a walk or play with them in the backyard together rather than putting them outside alone to get exercise. It is not a very high-energy dog and only needs to get a moderate amount of daily exercise.

If you’re bringing home a Bergamasco puppy from a breeder or a rescue organization, be prepared for his or her coat to change considerably over the first year. The coat will start off very soft, but as puppies approach their first birthday, fuzzy sheep-like hair and coarse goat-like hair will begin to grow in. You’ll need to rip the coat into mats around the first birthday.

Puppies will need a safe space in the home where they can play in a hazard-free space. Before bringing home a puppy, check your home and remove anything that could potentially cause harm to the dog. Also, be sure to be prepared and purchase the food and other supplies you’ll need for your puppy before bringing him or her home.

Individuals who are looking for a dog that is good with children should definitely consider a Bergamasco. This breed is very gentle and patient with children. When Bergamascos are around children, their protective and herding instincts are often on display. It can also make a wonderful therapy dog for both children or adults.

If a Bergamasco isn’t for you, consider one of these breeds instead.

Follow some of these Bergamascos and Bergamasco breeders to see more of this fun breed!

Trying to settle on the right name for your Bergamasco? Consider one of these popular options:

How much does a Bergamasco cost to own?

The cost of purchasing a Bergamasco through a breeder is typically between $1,000 and $1,200. In some cases, you may also find a Bergamasco available through a local rescue, and adoption may be an option. The cost of adoption for a Bergamasco can vary, but in most cases will cost just a few hundred dollars.

Don’t forget that there will be additional costs beyond the amount you pay the breeder or for adoption through a rescue. Your Bergamasco will require food, veterinary care, training, and other supplies. The first year you own the dog is typically the most expensive, and you should budget at least $1,000 to $1,500. The following years should be less expensive, but be prepared to spend between $500 and $1,000.

Is a Bergamasco good with kids?

Yes, the Bergamasco is very good with kids. When around children, a Bergamasco’s herding instincts will typically kick in and the dog will be protective of the child. Bergamascos also know how to be very gentle with children and can be very patient.

How long does a Bergamasco live?

The average lifespan of a Bergamasco is between 13 and 15 years.

What is a Bergamasco?

A Bergamasco is an ancient sheepdog breed. They originated from Persia, known as Iran today, and were used for herding sheep in the mountains. Bergamascos typically worked closely with just one nomadic shepherd and developed into very intelligent and independent dogs.

How do you wash a Bergamasco?

Bergamascos generally only require a bath between one and three times a year. Washing too much can strip the natural oils from their coat that helps to keep it protected and resistant against dirt and water. When you need to give a Bergamasco a full bath, use a gentle dog shampoo and a lot of warm water to fully wet the coat, including the lower layers. Be sure to fully rinse out any soap and twist the flocks to squeeze out water. Squeezing out as much water as possible will allow the flocks to dry more quickly. Choose a warm day with a nice breeze to give your dog a bath, and allow them to spend some time outside to dry.

What are Bergamascos used for?

Bergamascos were originally used as sheepdogs for herding sheep in the mountains between Persia and Europe. Today, they are more commonly used as a family companion.

Where does the Bergamasco come from?

The Bergamasco is believed to have originated from Persia, the area that is now Iran. However, it is named for the region of Bergamo in the Italian Alps, where the nomadic shepherds from Persia settled.