Cockalier as a Pet:

Click through all of our Cockalier images in the gallery. 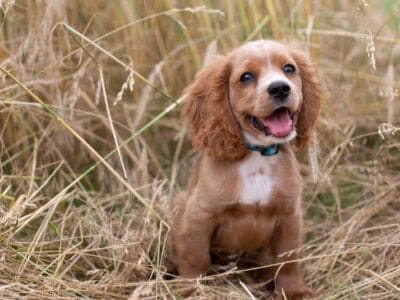 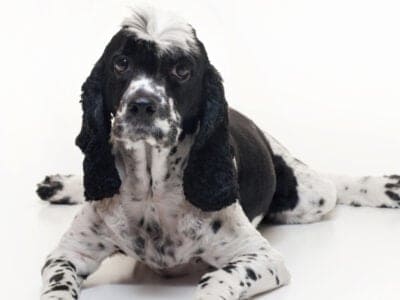 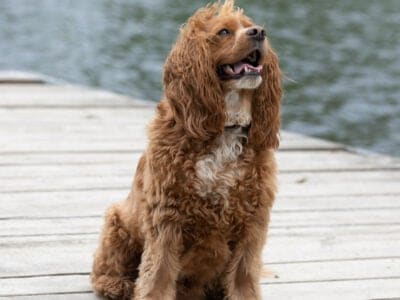 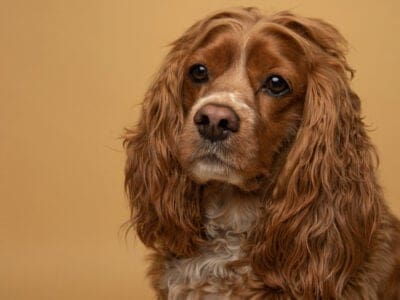 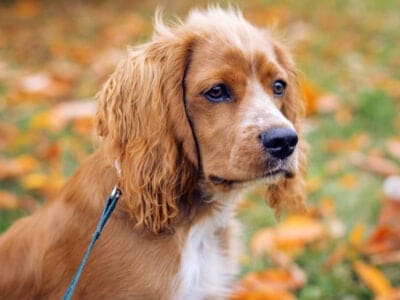 View all of the Cockalier images!

The Cockalier is a cross between a Cavalier King Charles Spaniel and a Cocker Spaniel. Both of its parents have a very similar heritage. The Cavalier King Charles Spaniel is a small toy dog with a smooth, silky coat; although a lap dog and companion, it does retain strong hunting instincts. The Cocker Spaniel (which comes in both American and English breeds) is a small dog, originally bred to hunt woodcock. This hunting instinct is reflected in the strong spaniel heritage.

The spaniel is a type of gun dog that flushes out the game from the dense brush so its owner can shoot it. There are many interesting facts about these types of dogs. They were supposedly imported from Spain, hence the name of spaniel, but many of them were later developed in France and England.

Like all mixed dogs, the Cockalier’s characteristics can vary a bit, but its two parent breeds are so similar that there shouldn’t be too much variance in the appearance and temperament of the offspring. Most of these dogs will have big, drooping ears, long, flowing hair, and expressive face. The long coat is usually some combination of black, brown, red, golden, and white. While it does still have a very strong prey drive, it is probably not well-suited as a hunting dog. This is a companion intended for the home.

3 pros and cons of owning a Cockalier

The Cockalier is a small dog with a fairly athletic body. It was built to run around and chase games. However, because there are no breed standards, its size can vary quite a bit more than usual.

As a mixed dog, the Cockalier tends to inherit any of the health problems from its two parent breeds. This can include progressive retinal atrophy, cataracts, cardiomyopathy (weakness of the heart muscles), syringomyelia (a fluid-filled cyst in the spinal cord), and hip dysplasia, in which the bone can become loose from the socket. Cancer is also a leading cause of dog in both of its parent breeds. No matter where you’re buying from, you should make sure a thorough health screening has been done. Regular appointments at the vet are also crucial to catch problems early. Fortunately, with proper care and good breeding, this mix normally lives between 12 and 15 years old.

In summation, these are the most common health problems with the Cockalier:

Health and Entertainment for your Cockalier

The Cockalier is a very friendly and lovable soul, equally playful and tender-hearted, who will fit easily into the family structure. They should get along well with everyone, including other dogs, but you should be careful about introducing other animals like a cat into the home unless the dog has been raised with it from an early age. As a highly active and energetic dog, the Cockalier will need plenty of mental and physical stimulation throughout the day. If it’s left alone for too long without anything to do, then it could resort to destructive behavior. It should also adapt well to apartment living, provided it receives enough exercise every day.

How to Take Care of the Cockalier

The Cockalier is a medium-maintenance dog, good for inexperienced owners. Grooming, feeding, and training should be straightforward, but exercise and socialization will require more time and effort. Fortunately, thanks to this dog’s gentle and good-natured temperament, much of its care routine should be hassle-free.

The Cockalier will need a high-quality diet with plenty of protein, healthy fats, and complex carbohydrates. Beef, chicken, and fish are all good sources of food. The exact amount should be consistent with its size and activity level. Carefully monitor its feeding intake and limit treats to prevent weight gain.

As a light shedder, the Cockalier should be brushed a few times a week to remove loose hair and keep it looking nice and clean. It has no other special grooming requirements, but owners should never neglect other aspects of its care. You will need to trim the nails about once a month to prevent them from cracking and clicking on the floor; this can cause the dog pain and discomfort. Examine the ears regularly for signs of infections and clean them out accordingly. Finally, you can formulate a good oral care routine with the help of your vet to prevent gum and tooth disease.

The Cockalier is a highly trainable dog, both eager to learn and responsive to human commands. Positive reinforcement methods can help a bit with motivation, but this dog should be an active and eager participant in its training.

Because of its strong hunting heritage, the Cockalier may require more than an hour of exercise every day. Long walks will not be enough. This dog loves to run and chase after balls or discs. It’s also an eager participant in agility and hunting challenges and excels at swimming. A fenced yard is recommended so you can let it play without worrying about it wandering off. When it’s on the leash, a strong harness is also recommended to prevent injury in case your dog lunges at other animals.

Like all dogs, Cockalier puppies will need to be socialized early and often to avoid shyness and temperament issues. Fortunately, because of its natural friendly disposition, this isn’t too much of a concern. The larger problem is its strong prey drive. This can be discouraged somewhat with proper training and a strong focus on obeying commands, but some prey drive should be expected to remain. Classes, crate training, and daycare can all help improve overall behavior though. If you have any other questions about puppy issues, like microchipping and vaccines, then you should talk with your vet.

The Cockalier and Children

The Cockalier is a great match for households with children. Their gentle, friendly, and calm demeanor make it a joy to interact with. The only thing to keep in mind is that children need to be taught how to interact with and handle smaller dogs. They can be a little sensitive and do not always enjoy rough play. Fortunately, the Cockalier is a fairly hardy and tough dog for its small size.

Dogs Similar to the Cockalier

Besides its two parent breeds, the Cockalier is similar to other spaniel types.

As a relatively obscure mixed breed dog, there are unfortunately few famous examples of the Cockalier. Both of its parent breeds are incredibly popular though, and there are many interesting facts about their long history. The Cavalier King Charles Spaniel, for instance, was associated with the English monarch who bears its name.

Popular Names for the Cockalier

What is a Cockalier?

The Cockalier is a cross between a Cocker Spaniel and a Cavalier King Charles Spaniel. Playful, affectionate, and gentle, it’s a great family companion for everyone. The most common colors are black, brown, red, golden, and white.

How do I potty train a Cockalier?

Potty training is a matter of sticking to a consistent schedule that conforms to the dog’s natural behavior and body limitations. While all individual puppies are different, a good rule of thumb for the number of hours it can hold its bladder is the dog’s age in months. This should be considered an upper limit; ideally, it should be taken out much more often than this. Until it has full control, around nine to 10 months of age, normal training methods should work well. Reward your puppy with praise and treats when it has done a good job. Antagonistic methods probably won’t do anything except alienate your dog. Crate training and paper training (puppy pads) can help make the process much easier. Fortunately, this mix should be fairly easy to housetrain.

Is a Cockalier a good dog?

The Cockalier is remarkably well-behaved, gentle, even-tempered, and affectionate. Unless very poorly treated, this mix should have few behavioral issues at all.

Yes, this mix doe shed, but it’s fortunately quite manageable and easy to clean up. Brushing a few times a week should be sufficient.

Do Cockaliers bark a lot?

The Cockalier isn’t a big barker. While you should expect some vocalization when it becomes overly excited, it should thankfully spare you from the worst excesses of some noisy dogs.

How much do Cockaliers cost?

The price of a new puppy can vary significantly based on several factors, including the quality of the breeder and the pedigree of the dog. Expect to pay at least a thousand dollars for this mix. For competitive shows or sports dogs with excellent pedigrees, the price can easily reach $3,500. The price of feeding, toys, and other tools should be considered as well. If you are unable to afford the cost, then adoption is a great alternative. The price of adoption is usually just a few hundred dollars. This isn’t exactly an easy mix to find, but rescue dogs are sometimes available for potential owners. Some breed-specific rescues will take in mixes and pair them with a loving home. It’s a good idea to check out Cavalier King Charles or Cocker Spaniel rescues before turning to more general animal shelters.

What is the average lifespan of a Cockalier? 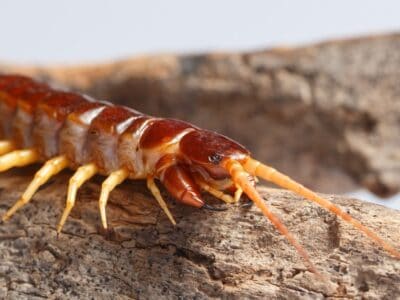 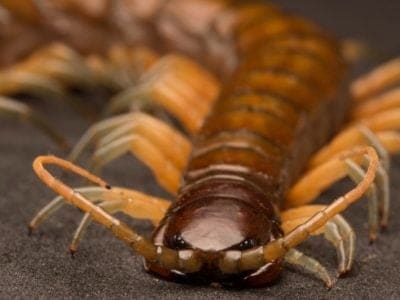