The dung beetle can push objects many times its own weight 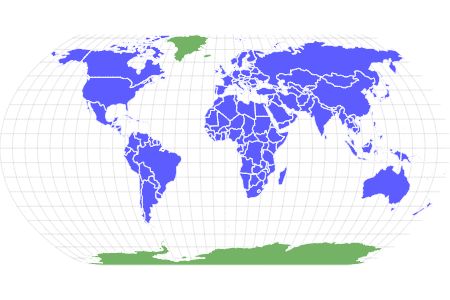 View all of our Dung Beetle pictures in the gallery.

View all of the Dung Beetle images!

Dung beetles (also sometimes known as scarabs) are not afraid to get their hands dirty.

Their entire lives revolve around interacting with dung in some way. They bury or feed upon much of the leftover waste of other animals, which has numerous environmental benefits. It cleans up the excrement from the environment, controls the fly population, and also helps to enrich the soil. Dung beetles are one of nature’s major scavengers in just about every ecosystem on the planet. They are truly a cornerstone species.

Beyond their taxonomical classification, the dung beetles are also generally grouped together by their behavior. There are three major groups: the dung rollers, the dung tunnelers, and the dung dwellers. Rollers, as the name suggests, will roll up the dung into a ball and push it back to their home to feed the larvae or eat it themselves. Sometimes, in order to attract a mate, the male will try to offer the female the largest possible dung ball he can create, perhaps as a demonstration of his strength.

The tunneler, by contrast, will dig down into the excrement, sometimes burying a portion of it underground. The dweller will feed or lay its eggs on top of the dung pile.

Appearance: How to Identify Dung Beetles

These beetles are small insects, measuring anywhere between half an inch and 2.5 inches in size, with a fairly wide shell and long flight wings folded under the hard outer wings. They come in many different colors, including black, metallic green, and red. Many of the males have horn-like structures on their heads and thorax that enable them to fight each other for access to mates. Spurs on the legs help them roll dung balls as well.

Habitat: Where to Find Dung Beetles

These beetles are found all over the world. They are primarily native to forests, grasslands, prairies, farmlands, and even deserts.

Diet: What Do Dung Beetles Eat?

These beetles are coprophagous insects; this means they feed almost exclusively on excrement. Some species will roll the dung back to the nest, where the female will deposit the eggs directly on the ball. Some species will simply feed where the dung is deposited without creating any balls.

What eats the dung beetle?

Depending on where they live, the beetle is preyed upon by all kinds of predators, including small birds, mammals, reptiles, amphibians, and even other insects. Most species don’t have any elaborate defense against predators except for running away or hiding.

What does the dung beetle eat?

Most of these beetles consume feces at some point in their lives, but not just any old dung will do. They are picky about their food; they are, in a way, dung connoisseurs. Dung beetles like to specialize in the excrement of certain animals and refuse to eat other types of excrement unless necessary. They naturally gravitate toward feces from herbivorous animals like cows, elephants, or certain monkeys, because it provides more nutritional value thanks to its undigested plant matter. Moreover, they prefer fresh dung over stale dung; some beetles wait in anticipation for their favorite animal to drop excrement.

While feces consumption is the defining feature of this beetle, some species within the same families have also been observed to adopt a more carnivorous lifestyle by feeding on both live and dead prey. The true predators display some interesting behavior. Upon finding suitable prey like an ant or a millipede, they will decapitate the head and roll the body around like a pile of dung. Because they lack the necessary mouthparts of a carnivorous animal, they will quite literally pry the body apart. Millipedes appear to be a favorite food because they’re very common and slow-moving.

Prevention: How to Get Rid of Dung Beetles

These beetles are generally not a problem for most people. They’re even a huge asset for farmers and ranchers because they clean up most of the excrement leftover by livestock. However, on the occasion that you’re trying to recycle animal feces for fertilizer, dung beetles might be a problem. In these cases, some kind of chemical treatment and/or spray should be sufficient to remove the unwanted dung beetles.

What is a dung beetle?

The dung beetle is a group of insects that feed on feces instead of regular food. It has a classic beetle appearance with a hard shell and wings. While the dung beetle usually conjures up an image of an insect rolling a ball of feces back to its nest, this behavior is only limited to certain species. Others will burrow into the feces or eat it directly where it lands. The dung also helps them stay cool during particularly warm days.

How many legs does the dung beetle have?

Like all insects, the dung beetle has six legs. They are specially adapted for burrowing into or moving around dung.

The dung beetle does not pose any real danger to people. It isn’t thought to spread diseases, because it’s pretty good at neutralizing any harmful bacteria in the dung.

Out in the wild, dung beetles mostly seem to specialize in the feces of herbivorous animals like elephants and cows. But one study found that some dung beetles actually rate human feces highly, perhaps because of our varied diets. It isn’t known how many would naturally choose human feces in the wild, however.

Can a dung beetle bite?

The dung beetle is not generally known to bite people. Its mouthparts are not that strong, because it specializes in feces and not harder foods.

How strong is a dung beetle?

Why do dung beetles roll poop?

They are rolling the dung back to their nest so they can feed it to their larvae or consume it for themselves. If it’s intended for the larvae, then it’s called a brood ball. The female will deposit her eggs directly on the dung ball so they have something to eat immediately upon hatching. They have to be fast, because another beetle may steal the ball instead of creating one itself. However, it should be said that only some dung beetles have the ability to roll the dung into a ball. Others will feed directly on the feces where it was deposited.

Where do dung beetles live?

Dung beetles are found all over the world. Their most common habitats are forests, grasslands, prairies, farmlands, and deserts.

Yes, the dung beetle has two pairs of wings. Only one pair is capable of flight. The other pair is intended to protect the flight wings.

How do you get rid of dung beetles?

If dung beetles are proving to be a nuisance, then you can get rid of them with basic chemical treatment.