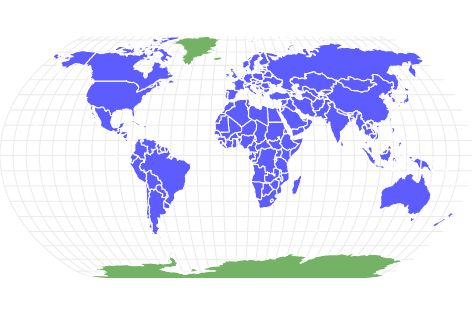 Prey
Other spiders and various insects
Group Behavior
Fun Fact
False spiders actually prey on black widow spiders and other hazardous spiders
Litter Size
Egg sacs can consist of up to 200 eggs
Habitat
While they prefer living indoors, these insects can be found in many outdoor ecosystems
Diet
Carnivore
Location
All over the globe

View all of our False Widow Spider pictures in the gallery.

View all of the False Widow Spider images!

With a similar dark, globular body for identification, the false widow spider is often mistaken for the black widow.

While mistaken for look-alikes, they are two different spiders. Science traces the false widow’s origins to the Canary Islands and Madeira. It’s believed the creature stowed away on transatlantic trips. That’s why today, the false widow’s found all over North Africa, Europe, West Asia and in parts of South and North America.

Here are some interesting stats about the false widow spider.

Let’s take a closer look at the false widow.

The false widow spider is a member of a species in the genus Steatoda.

The most common taxonomy in the group is the rabbit hutch, the cupboard, and the noble false widow and the false widow. But there happen to be six species in total.

Look-alikes for the black widow, the false spider is all brown or black, a rotund family of creatures that grow to about the size of a fingernail.

The scientific identification name for the false widow is Steatoda grossa.

Appearance: How To Identify the False Widow Spider

The false widow’s body is a glossy chocolate brown. It’s not unusual for the spider to be reddish-brown. The creature lacks the red hourglass marking and instead has unique cream markings. The false widow shares the black widow’s rounded, bulbous abdomen. The false widow is also noticeably smaller than the mature Western black widow.

The female spider has an average length between 0.27 and 0.59 inches. The males are typically in the vicinity of 0.16 to 0.27 inches in length. In general, the spiders weigh around 0.03 ounces.

Habitat: Where to Find the False Widow Spider

With origins in the Canary Islands and Madeira before becoming a common species in Ireland‘s urban homes, the false widow is now common all over the globe. Research looking for identification behavior said nearly all bite victims got attacked in their homes as they slept or got trapped in clothing. A number of bites seem to have occurred, oddly enough, while homeowners were working on DIY projects.

Though naturally preferring to be indoors, the false widow is also seen living in cacti, telephone poles, ivy, concrete fence posts, and roadside cuttings. Their invasions also include man-made structures of concrete, steel, and timber in urbanized regions. In California, the spread of the false widow began in urban habitats and moved to natural ecosystems.

The younger spiders live in holes and crevices, making it harder to kill them. They also lean heavily toward living on leaves and vegetation.

There are members of the scientific and insect community who argue the false widow spider is beneficial to the household. They patrol the home hunting prey likely to cause long-term damage. When left alone, spiders like these are harmless and they chow on household pests. That’s fruit flies, mosquitoes, house flies, and numerous other pests. And most of these pose a greater threat to human health than the false widow spider.

Prevention: How to Get Rid of the False Widow Spider

While there is an argument to the benefits of having false widow spiders, some people just don’t want the critters around. We can certainly understand why you don’t want these spiders on your business premises.

So, those non-fans of arachnids (and there are many) may want to manage the false widow invasion. Here are a few ways to take care of the situation.

View all 63 animals that start with F

How do I identify a false widow spider?

The false widow spiders are look-alikes for the deadlier black widow. They both have bulbous, round abdomens. Males are more elongated compared to females and have thinner bodies. The false widow is brownish with pale markings which is how you differentiate it from the black widow.

What is a false widow spider?

What do I do if I find a false widow spider?

If you come across a false widow, place a glass or container over it. Now slide a piece of cardboard or another flat surface under the container. Pick everything up carefully and release the spider outdoors, preferably away from the property.

How do I get rid of a false widow spider?

If you’re having an invasion of false widows, perform a thorough vacuuming of infested areas. You can remove the webs and spiders. Control is also feasible if you control the insect and its prey. You may need to apply insecticidal treatments for prevention.

They are not deadly in general. Some species have a venomous bite, but it’s not necessarily potent. The only symptoms are radiant pain around the infected area.

Where do false widow spiders live?

Originating from the Madeira and Canary Islands, their migration led to Europe, West Asia, North Africa, as well as parts of South and North America. The spider prefers indoor living, taking refuge in homes and other structures. They prefer conservatories and upper corners.

What happens if I get bitten by a false widow spider?

The bite is not known to kill. If bitten, symptoms are pain surrounding the bite. The pain lasts as little as one hour and up to 24. On average, symptoms are similar to a wasp sting and lasts about 12 hours.

The false widow prefers solitude. They are nocturnal, rarely going out during the day. The spiders hide out in cracks near their webs.

The Annual Tarantula Migration Is Starting In Colorado