Colour
Lifespan
Unknown
Weight
Up to 10lbs
Length
Up to 1.3m (52in)

Click through all of our Florida Gar images in the gallery. 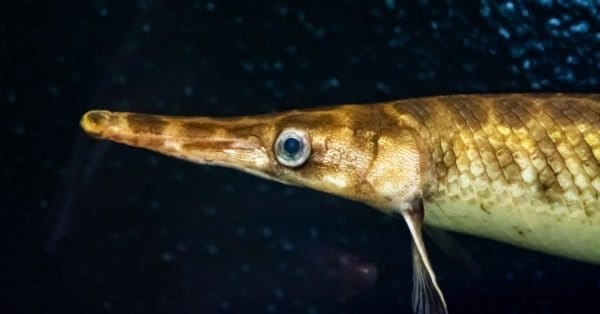 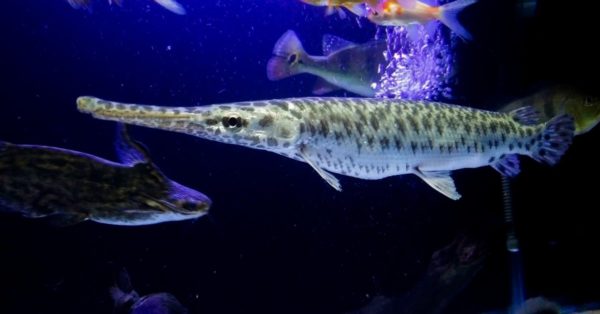 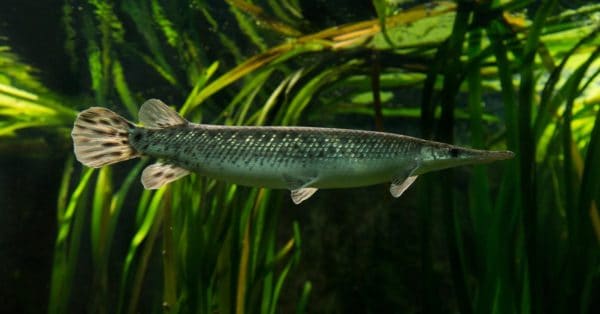 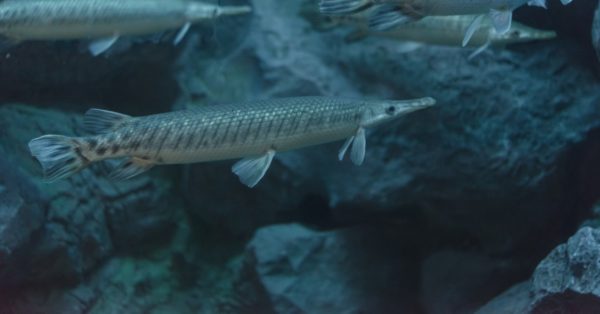 View all of the Florida Gar images!

The Florida gar is among the most ancient and unique freshwater fish of North America.

It is not necessarily the most popular type of fish, however, since the commercial market for gar meat is relatively small, and even among recreational fishers, it’s more of a niche catch. But for the people who know about it, the Florida gar is one of the unique aquatic treasures of the Florida peninsula.

The scientific name of the Florida gar is Lepisosteus platyrhincus. The genus name Lepisosteus, which includes three other species of gar, is derived from two Greek words meaning scale (lepis) and bone (osteon). It is one of seven species of gar in the entire Lepisosteidae family.

Like every other type of gar, the Florida gar has a very long, torpedo-shaped body with a pointed snout and rows of sharp teeth. The body color is dark olive and brown around the upper back and white or yellow around the stomach. This is overlaid with irregular black spots on the head, body, and fins. The typical adult measures about 13 to 34 inches in size, but the largest size ever recorded was 52 inches and 10 pounds. The females are on average larger than the males, but otherwise, the two sexes look mostly the same. The body is also covered in hard diamond-shaped scales, which offer protection against predators.

The Florida gar and spotted gar are sometimes difficult to tell apart from each other because they are similar in their appearance, though their habitat doesn’t overlap very much. The main difference is the length of the head. The Florida gar has a shorter distance between the front of the eye and the back of the gill cover in comparison to the size of the snout. The spotted gar has a longer distance between the eyes and the gill. Other than that, location is a big factor. It’s almost certainly a spotted gar if you find one in the panhandle near the Apalachicola River. The Florida gar is more likely to appear in the actual Florida peninsula, where it overlaps with the longnose gar.

The Florida gar is endemic to freshwater streams, canals, wetlands, and lakes across the states of Florida and Georgia. This species seems to prefer areas with muddy bottoms and plenty of underwater vegetation. It can be found at almost any depth of the water.

The Florida gar is considered to be a species of least concern by the IUCN Red List. Despite being vulnerable to the loss of some wetland habitat, the gar’s population numbers appear to be in stable condition. As more freshwater environments throughout Florida and Georgia are protected, this will help to secure its long term survival.

These fish are one of the top predators in their native habitat, eclipsed only by the most capable apex predators. This fish relies on vision and chemical cues to find food. It slowly stalks the prey and then lunges out with a quick strike of its snout. It then thrashes the head from side to side before swallowing the prey.

What does the Florida gar eat?

What eats the Florida gar?

The Florida gar is sometimes preyed upon by eagles, ospreys, herons, and alligators. It becomes especially vulnerable when the water recedes and the gar is packed closely together.

These fish have a single annual spawning season that takes place between the months of February and April when large groups of males and females come together in a single place. These fish are broadcast spawners, meaning they release their genetic material separately into the water (usually deposited directly on aquatic plants) and let them mingle together. This can result in the female’s eggs being fertilized by multiple males at a time. Once this task is accomplished, the parents play no actual role in the further development of the young. The larvae have only a single means of defense against hungry predators: the highly toxic eggs.

After a few days, the larvae hatch from the eggs and then remain attached to the vegetation with a small adhesive organ at the end of the snout. In these first few crucial days of life, they absorb whatever is left over from the yolk sac until they are almost an inch long and ready to live on their own. As a juvenile, they feed on small bits of plankton, insect larvae, and smaller fish, which enable them to grow rapidly in their first year or two of life. After about two to four years, they are ready to begin breeding on their own. However, it is not exactly clear how long they tend to live in the wild.

Florida Gar in Fishing and Cooking

These fish have very limited popularity in recreational fishing circles, perhaps because it’s not quite as common and harder to catch compared to most recreational game fish. But among a certain niche of fishers, this species can offer a rewarding challenge and a tough catch. There are currently few regulations in the state of Florida for the size and number of the catch. Only the much larger alligator gar has any regulations associated with it.

These fish have white, firm flesh with a mild taste; it can be fried or roasted or prepared another way. However, the toxic eggs should not be ingested under any circumstances, since they can make people sick.

How do you catch a Florida gar?

According to the publication, the Florida Sportsman, the Florida gar can be caught with a low price standard single or treble hook; the kahle hook seems to work best for grabbing the gar by the long snout. Artificial lures will sometimes suffice, but many gar will only take live bait. The Florida Sportsman suggests that when the gar strikes, you should “open the bail or free-spool the reel and let the gar run.” It may be necessary to wait a minute before setting the hook and then make a hard, firm hook set.

What does Florida gar eat?

Can you keep Florida gar?

The Florida gar is the most common of the seven gar species in the aquarium trade. Its smaller size, low price, and more docile temperament make it the easiest gar to keep. However, the Florida gar is not an easy aquarium fish to care for, since it still needs a large tank and plenty of space to swim, which can drive up the price. That is why it’s more common in public aquariums than private aquariums. But there are no regulations against keeping this fish in an aquarium.

How big does a Florida gar get?

Where can you find Florida gar?

The Florida gar is endemic to the wetlands, rivers, and lakes of Florida and Georgia. 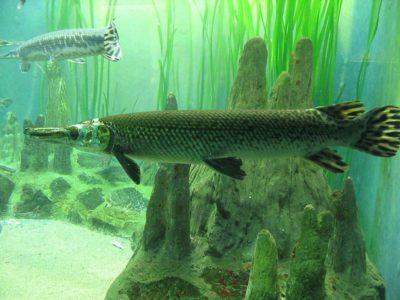 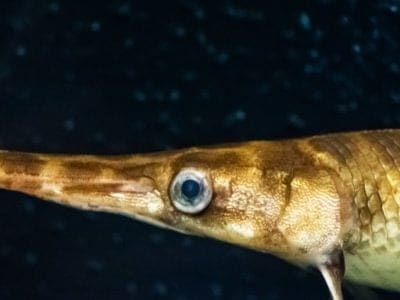