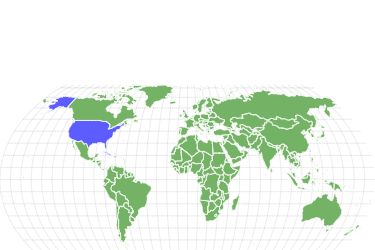 View all of the Ivory-billed woodpecker images!

The ivory-billed woodpecker is among the most elusive of all birds in the American south and Cuba.

Possibly extinct, this iconic species has inspired people to comb the forests and swamps of the south in search of signs for it, since the last confirmed sighting occurred in 1987. Back when it was still common, the ivory-billed woodpecker was considered to be a top ecosystem engineer. Their long and sharp beaks enabled them to drill cavities in trees, creating homes not only for themselves but other species as well.

Where to Find the Ivory-Billed Woodpecker

The ivory-billed woodpecker was once found across most of the southeastern United States and Cuba. Its preferred habitat is extensive forests with a constant supply of dead or dying trees from fires, floods, or hurricanes. It relies on these trees for both food and habitation.

The ivory-billed woodpecker creates a nest by excavating tree cavities with their sharp beak. It’s believed that they create new nests every year just in time for the mating season. Pines, red maples, bald cypresses, and sugarberries are all considered to be suitable nesting sites.

The scientific name of the ivory-billed woodpecker is Campephilus principalis. The genus name Campephilus is formed from the combination of two Greek words that roughly mean caterpillar-loving. Principalis is a Latin word meaning original or first in importance, perhaps referring to the enormous size of this species. There are two recognized subspecies, the American and the Cuban ivory-billed woodpecker.

The ivory-billed woodpecker is characterized by its long ivory-colored bill, its curved black claws, and a large crest at the back of the head. The bird is covered in a glossy black plumage with white stripes running from the wings to the side of the head. The innermost wing feathers are also colored white; this is particularly prominent when the wings are folded against the back. Measuring between 19 and 21 inches long, this bird is the single-largest woodpecker in the entire United States. Males tend to be slightly larger than females overall. Their crest is also colored red instead of black.

The entire life of the ivory-billed woodpecker seems to depend entirely on forests. All of its foraging, roosting, and mating behavior takes place in and around trees. Each mated pair probably maintains its own separate home range, but the woodpecker is not defensive and territorial, as it shows little aggression toward members of the same species. While it’s not social, per se, it has been observed congregating in groups of three or four birds at once.

The ivory-billed woodpecker spends most of its day foraging for food. The peak of their activity occurs in the morning hours when they emerge from the hole to preen and call for mates. Their activity recedes slightly in the midday and then picks up again toward the evening. When the nighttime arrives, they roost in separate cavities. The ivory-billed woodpecker is not known to be migratory; it probably roams no more than a few miles away from its home nest.

The ivory-billed woodpecker is an omnivorous species. Foraging mostly takes place on tree trunks, fallen logs, or sometimes even the ground.

What does the ivory-billed woodpecker eat?

The ivory-billed woodpecker consumes berries, nuts, seeds, termites, beetles, and other insects. The bird finds its favorite food, the beetle larva, by stripping away the bark of dead or dying trees.

Despite the absence of confirmed sightings, these woodpeckers are still listed as a critically endangered species by the IUCN Red List. Since its entire existence is dependent on dense tree cover, deforestation had a calamitous impact on this bird’s population numbers.

What eats the ivory-billed woodpecker?

There are very few documented records of this woodpecker ever being preyed upon by other animals, but based on our understanding of closely related woodpecker species, it was probably eaten by raccoons, snakes, owls, crows, and hawks. Most predators would have preyed upon eggs and juveniles, but a large bird of prey could have taken on a full-grown woodpecker.

There is unfortunately not a whole lot of information about the woodpecker’s reproductive habits. Based on the limited data available, it’s assumed that this species began building a nest in January and then laid a clutch of up to six eggs in February or later. The chicks were incubated by the parents for about two weeks and then took another five weeks to grow their full-flight feathers. The relationship between a chick and parents can last more than a year, even after it has learned how to forage on its own. The lifespan of this species is unknown, but some speculate it could live around 20 years.

No one knows how many of these woodpeckers currently remain in the wild. After decades of decline in the 19th and early 20th centuries, this species was considered to be functionally extinct, both in the wild and in captivity, but hope remains alive that it will eventually be rediscovered in the forested swamps of Cuba, Louisiana, Arkansas, or Florida. Based on unconfirmed sightings, its status was eventually raised to critically endangered.

View all 38 animals that start with I

Does the ivory-billed woodpecker migrate?

No, the ivory-billed woodpecker is not a migratory species. It stays largely within the same range year after year.

How many eggs does the ivory-billed woodpecker lay?

It’s speculated that the female lays up to six eggs per clutch.

How fast does the ivory-billed woodpecker fly?

The flight speed of this woodpecker has never been accurately recorded.

What is the ivory-billed woodpecker’s wingspan?

The ivory-billed woodpecker has an average wingspan of 31 inches.

When do ivory-billed woodpeckers leave the nest?

The chicks first leave the nest five weeks after hatching, but they may remain with their parents for more than a year.

Why did the ivory-billed woodpecker become extinct?

While the ivory-billed woodpecker is not yet officially declared extinct, deforestation and logging were the major reasons for its decline. Wetlands were hit particularly hard by human activity. This was very damaging for the species because it requires a lot of tree cover to survive.

Has the ivory-billed woodpecker been rediscovered?

The last proven sighting of the Cuban ivory-billed woodpecker subspecies occurred back in 1987, while the American subspecies were last definitively spotted in 1944. There have been various reports of sightings since then, but nothing has been entirely proven. In 2004 and 2005, a team of ornithologists claimed to have recorded audio and video from Arkansas of a bird that they believed was an ivory-billed woodpecker, prompting a conservation group to buy the surrounding land to preserve it. More videos of unconfirmed sightings followed in the subsequent years, but there has been no consensus about the bird’s conservation status among the entire ornithological community. Since so many people have a stake in its rediscovery, it would probably take undeniable evidence to prove that it still survives in the wild. Complicating the matter is the fact that this bird is notoriously skittish around people, so it is quite difficult to snap a high-quality photograph.

Where can ivory-billed woodpeckers be found?

The ivory-billed woodpecker once inhabited the southeastern United States and Cuba. If this species still survives, then it almost certainly occupies the deep forests and swamps of places like Arkansas, Louisiana, or Cuba.

Is the ivory-billed woodpecker extinct?

This species is currently considered to be critically endangered, but there’s a strong possibility that it is either already extinct or very rare. 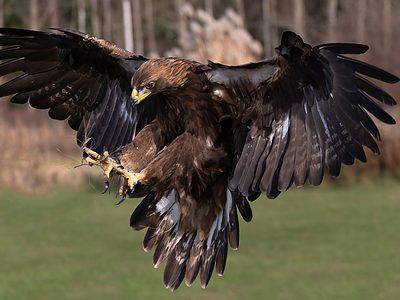 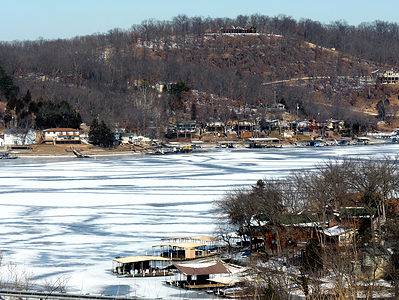