The root stock of the breed was a dog named Trump 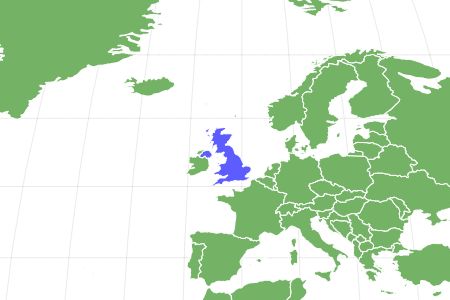 Parson Russell Terrier as a Pet:

View all of our Parson Russell Terrier pictures in the gallery.

View all of the Parson Russell Terrier images!

While there were many breeds of hounds that served well in the pursuit of the fox, they were too large to actually ferret them out if they got into an underground burrow. What was needed in the mix was a very specific type of dog that was capable of running as fast as a man on horseback could gallop yet still small and fearless enough to dig down after any foxes that were run to ground.

The breed draws its name from a well-known sportsman of the time, the Reverend John Russell, who created this swift little terrier to work in tandem with the larger dogs present in the hunt pack. Required to match wits with the wily fox, the Parson Russell Terrier, or PRT as it is abbreviated was created to run with the pack but think independently and solve problems on its own when confronted with them.

Because its ultimate purpose was to dig out creatures it has run into a burrow, the PRT is a small dog standing only about 13-14 inches high. Healthy specimens are found to weigh up to 13-17 pounds depending on the sex of the animal.

Ataxia is the major threat to the health of a PRT. This is a type of nerve damage or disease related to inner ear imbalances or spinal cord constrictions. Ataxia takes the form of a disruption in the smooth coordination of the four limbs necessary for quadrupedal animals to move fluidly.

Patellar luxation, or slippage of the kneecap, is another ailment that occurs in many small dog breeds. The kneecap essentially dislocates and can either snap back into place on its own or may require external force to return it to its proper positioning. Needless to say, this can be quite painful both when it happens and when the kneecap goes back into place.

Health and Entertainment for your Parson Russell Terrier

Deafness is another issue that Parson Russell Terriers face. There are many causes of deafness in dogs as a result of infection, infestations, or various ear ailments but the majority of cases with a PRT occur simply due to their very long lifespan.

None of these conditions are common but they do occur in the breed at a higher rate than in some other dogs. Thus the major risks to the health of the breed are:

If there were only one word to describe the Parson Russell Terrier, it would probably have to be busy. If there is nothing happening in its life, this breed will find something to occupy its time. Given the chance, it will wander and hunt out beyond its normal domain. They live to chase things and it doesn’t much matter what it is. Digging is also part of their normal temperament.

They have enough playfulness and energy to tire out a five-year-old. These dogs can relate well with just about anybody or anything except for very small creatures that it may not recognize as fellow pets but as something to pursue. PRTs know how to be around horses but are hit-or-miss when it comes to cats that it didn’t grow up with.

How To Take Care Of Parson Russell Terriers

The key to caring for a Parson Russell Terrier is to keep them occupied. These are not couch potato dogs that can lay around all day doing nothing. If they are not provided opportunities for vigorous play and exercise, they will create their own. This is a dog that will play a very big part in your life.

Somewhere between 1 ¼ and 1 ¾ cups of dry dog food is the usual maintenance ration for these dogs. This should divide up between breakfast and dinner. Adjust the quantity based on how much of an active lifestyle the particular dog is living at the time. Smaller dog breeds can become obese quickly.

Since training a PRT may well involve the provision of treats for good behavior, this should reduce their overall everyday supply of dog food. As high energy as they are, an occasional serving of real meat can help keep them in top form.

We appreciate that this diet contains a sufficient amount of manganese and potassium, which are vital for neurological function since the breed can suffer from ataxia. Additionally, this recipe has lamb with poultry, which provided glucosamine, a nutrient that should help prevent your Parson Russell Terrier from dealing with bad knees. 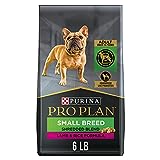 Exercise and attention are the two main things you will need to provide for dogs of this breed. Their coats are rather weatherproof and do not require more than an occasional brush out in most cases. They do not shed very much provided they have a proper diet. If it becomes unbalanced, they will begin to shed a little bit more than usual. So long as they get proper care, they are not hypoallergenic but can be very little trouble to look after. Their nails will need trimming This is especially true for indoor animals that do not have any opportunity for digging.

Very few people are fox hunters these days. It is necessary to provide a PRT with an alternate purpose in life. Training must take into account their need to fit into a definite role in the family without straying.

This does not equate to cruelty or punishment, but it does mean that you have to be firm and consistent in the things you teach these dogs and also in the things they cannot do. If there are any gray areas or inconsistencies, their own inquisitive personality will produce their own solution to the challenge. It may be one that you do not appreciate. Get on top of them early and keep it that way. In turn, you will have a loving, vivacious, and superb life companion. Simply put, the extra training effort you put in early will pay dividends for life.

How much exercise is enough for one of these dogs? There might be no solid answer to that question. They can keep going and going so long as you are willing to let them run and play. This is what makes them so ideal for juvenile companions. The dogs and the kids can tire each other out and then go to bed happy. The important thing to remember about exercise, in this case, is that these dogs need exercise as much mentally as they do physically.

There are no major differences when it comes to raising PRT puppies rather than any others. The most important requirement is to put in the time necessary to mold their character as you would like it to be. Of course, you need to provide a properly balanced diet of puppy food and make sure they get plenty of exercise. Obtaining a rescue dog, provided it was properly raised, can greatly reduce the time and effort to obtain a satisfactory canine-human balance.

These energetic dogs are very good companions for children. They are small, so they are not likely to accidentally hurt anybody through the application of simple mass in motion. They love to run, jump and play. Most importantly, they do not need special instruction on how to behave around small humans. They can simply dive right in and become part of the family.

There are a large number of dog breeds that share similarities with the Parson Russell Terrier.

The organization of the PRT as a specific breed only happened very recently. This has given it little opportunity to obtain celebrity or even notoriety on its own. One of its forbears, however, may be the most famous dog image of all time. It is an 1899 painting of a small dog listening to an old-fashioned gramophone entitled “His Master’s Voice”. A version of this image later became the trademark of RCA.

View all 111 animals that start with P

How much do Parson Russell Terriers cost to own?

The price of puppies will start at $1000 and go up from there. Finding a rescue dog can of course drop this price considerably. Basic maintenance and care for a PRT are not much, but the price can go up if it is necessary to hire someone to walk them every day. In that case, expenses can be much higher than for a more laid-back animal.

These are excellent dogs for children to be around. Rescue dogs also generally do well with children, but it is best to introduce everyone before making the final decision.

This is a very long-lived breed and can last anywhere from 15-18 years.

As a general rule, yes. Unless you’re a fox, then the answer is no.

They do not bark to excess but they do bark.

In the sense of going after people, they are not aggressive. They were born and bred to be indefatigable hunters, however.

What is the difference between a Jack Russell terrier and a Parson Russell?

The main way to differentiate a Jack Russell from a Parson Russell is by their size. Jack Russells weigh between 11 to 17 pounds, with their heights ranging from 10 to 15 inches. Their legs are also shorter compared to Parson Russells’.