Has longer back legs than front legs! 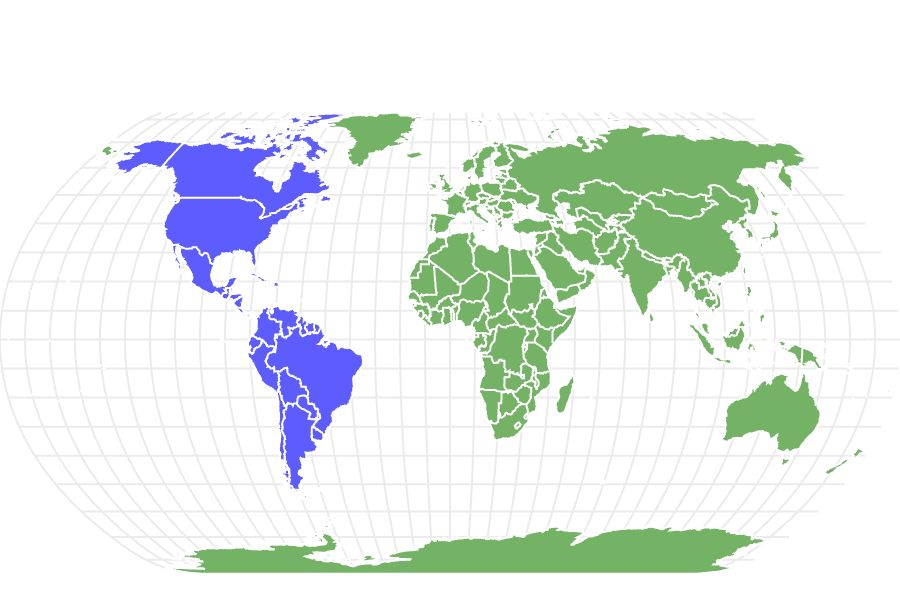 View all of our Puma pictures in the gallery.

View all of the Puma images!

The Puma is a large, secretive Cat predominantly found in the mountains from southern Canada to the tip of South America. Also commonly known as the Cougar and the Mountain Lion, Pumas are able to reach larger sizes than some ‘big’ cat individuals but despite their large size they are believed to be more closely related to smaller feline species. Due to their extensive distribution, there are 7 subspecies of Puma all of which share similar characteristics but tend to vary slightly in colour and occasionally size. The Puma is thought to be one of the most adaptable felines on the American continents as they are found in a variety of different habitats and unlike numerous Cat species, the Puma has no markings on its fur leading to its scientific name Felis concolor which means ‘cat of one colour’.

Due to the fact that the majority of Pumas are found in more mountainous regions, they have a thick coat of fur which helps to keep them warm in the freezing winters. Depending on the subspecies and location, the Puma’s fur varies in colour from brown-yellow to grey-red, with those individuals found in colder regions being more grey and those found in warmer areas having more of a red tinge to their fur. The Puma is an incredibly powerful predator and has muscular hind legs that are slightly longer and stronger than the front, which makes them more agile when leaping. They also have enormous paws which are very large in comparison to their body size. The Puma is an animal with large wide-set eyes which not only enable it to see what is ahead of it, but they can also see for some distance around them as well. They have pointed ears and their acute hearing allows them to detect prey even when it is too dark for them to see.

The Puma is an animal that is found in the mountains throughout South and North America where it inhabits rocky crags and pastures slightly lower down than the slopes than the grazing herbivores. Although these seem to be the Puma’s preferred conditions they are extremely adaptable animals that can be found in a variety of habitats including forests, tropical jungle, grasslands and even in more arid desert regions. However, with expanding Human settlements and land clearance for agriculture, the Puma is being pushed into smaller pockets of its historically vast range, retreating into more hostile mountain environments that are further away from people. It is widely believed however that the Puma’s adaptability has been vital in ensuring that it doesn’t disappear from the wild forever.

The Puma is a solitary animal with the exception of the time cubs spend with their mother. Pumas patrol large home ranges in search of food which varies from 80 square miles in the summer to 40 in the winter, when the falling snow restricts access to a number of mountain areas. Some regions can become so hostile that Pumas migrate from the mountain forests and go down into the valleys to escape the worst of the cold. Not only can Pumas easily adapt to different surroundings but they are also able to hunt effectively during the day or night. Their strong and muscular hind legs and large paws mean that the Puma can move about amongst the rocks more quickly and with greater agility. Pumas are known to make a variety of different sounds, particularly when warning another Puma away from their territory and during the mating season when they are looking for a mate.

The breeding season tends to occur between December and March with litters of up to 6 cubs being born after a three month gestation period, generally between February and September. After mating, the male and the female part company and he will continue to mate with other females for the duration of the season. Like numerous other felines, Puma cubs are born blind and are completely helpless for their first two weeks of life until their blue eyes fully open. Unlike the one-colour adult Pumas, cubs are born with spots on their fur which helps them to be more easily camouflaged from hungry predators. They are able to eat solid food when they are between 2 and 3 months old and remain with their mother for about a year. Many Pumas live to an average age of 12 years but they have been known to reach 25 years old in captivity.

The Puma is a large and powerful carnivore, hunting and eating only other animals in order to survive. The majority of the Puma’s diet is comprised of small animals like Mice, Rats, Birds, Fish and Rabbits that are found living in a high abundance on the fertile mountain slopes and in the lowland forests. The large size of the Puma though also means that it can hunt bigger animals including Sheep, Raccoons, Goats and livestock which it catches by pouncing onto the animal to secure it. The Puma is not only big, but its agile and incredibly muscular body means that it can easily outrun many of the species that it hunts.

The Puma is one of the most dominant predators throughout much of their natural environment and are therefore rarely preyed upon by other species. It has been known however, for Pumas that are vulnerable due to sickness or injury to be preyed upon by other large predators including Bears and Wolves, and even other Pumas. The biggest threat to the Puma however, is people who have not only hunted this large Cat (mainly for its fur) but the Puma has also been subjected to drastic habitat loss throughout much of its natural range, mainly due to expanding Human settlements and deforestation for agriculture. In some areas they are also hunted by ranch owners who blame Pumas for their loss of livestock.

One of the most obvious reasons as to why this large and powerful feline is not classified as one of the world’s ‘big’ Cats is that Pumas are not able to roar. This is something distinctive to the ‘big’ Cat family as no other feline is able to do so. The powerful hind legs of the Puma are so muscular that they not only allow them to pounce on and secure their prey, but they are also able to leap enormous distances of up to 20ft. One of the most famous subspecies of Puma is the Florida Panther which is the smallest of the Puma species and also the rarest. Thought to be on the brink of extinction, this endangered animal has more of a red tinge to the fur on its back along with having a dark spot in the centre.

The Puma is a fearsome predator and although attacks on Humans are rare, they do occur nonetheless. There have been nearly 100 recorded attacks on Humans but most of these occur because the Puma has been cornered or feels threatened in some way. Rare cases of severe starvation have also led to Pumas attacking Humans although this is not that common as people are not generally seen as prey to them. Puma population numbers throughout both North and South America have been declining over the past century particularly, mainly due to habitat loss and the shooting of Pumas by farmers who fear for their animals.

Despite being pushed into smaller regions of their vast historical range, the Puma has been listed by the IUCN as an animal that is of Least Concern of becoming extinct in its natural environment in the immediate future. This is because Pumas are not only incredibly adaptable animals but they are also quite common in the more remote mountainous regions. In fact, many feel that it is the Pumas ability to adapt to a number of different environments that has been the reason as to why the population is still as numerous as it is.

Are Pumas herbivores, carnivores, or omnivores?

Pumas are Carnivores, meaning they eat other animals.

What Kingdom do Pumas belong to?

Pumas belong to the Kingdom Animalia.

What class do Pumas belong to?

Pumas belong to the class Mammalia.

What phylum to Pumas belong to?

Pumas belong to the phylum Chordata.

What family do Pumas belong to?

Pumas belong to the family Felidae.

What order do Pumas belong to?

Pumas belong to the order Carnivora.

What type of covering do Pumas have?

Pumas are covered in Fur.

What genus do Pumas belong to?

Pumas belong to the genus Puma.

Where do Pumas live?

In what type of habitat do Pumas live?

What are some predators of Pumas?

Predators of Pumas include bears, wolves, and pumas.

How many babies do Pumas have?

The average number of babies a Puma has is 4.

What is an interesting fact about Pumas?

Pumas have longer back legs than front legs!

What is the scientific name for the Puma?

The scientific name for the Puma is Felis concolor.

What is the lifespan of a Puma?

What is a baby Puma called?

A baby Puma is called a cub.

How many species of Puma are there?

There are 7 species of Puma.

What is the biggest threat to the Puma?

The biggest threat to the Puma is habitat loss.

What is another name for the Puma?

The Puma is also called the cougar or mountain lion.

How many Pumas are left in the world?

How fast is a Puma?

A Puma can travel at speeds of up to 30 miles per hour.